Translation and Sustainability, the inaugural workshop of the Humanities Research Center took place on June 8-9, 2018 at Duke Kunshan University. The workshop brought together twelve international scholars working on issues related to translation and sustainability, with Greater Global China as the paradigm.

The two-day schedule consisted of a series of presentations and discussions of working papers, with the view of producing an edited collection of papers that would have an important impact in this interdisciplinary field.

The workshop was devised by Christine Ji, from the University of Sydney, and Carlos Rojas, Professor of Asian and Middle Eastern Studies at Duke University. Professor Rojas opened the workshop by welcoming all the participants to DKU campus, and then went on to introduce the topic of the workshop as well as objectives it planned to achieve. His presentation focused on amphibians as a point of entry into the topic, as well as the nexus between the two disciplines, and reflected more broadly on the relationship between translation and (metaphorical) death. 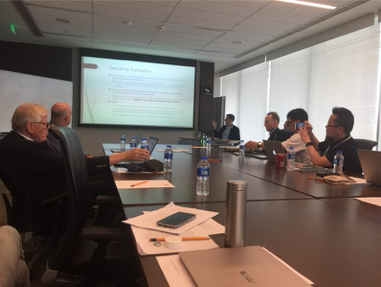 Darryl Sterk from Lingnan University discussed  translation and the sustainability of endangered languages and environments, with a focus on Seediq, an endangered indigenous language of Taiwan.

Martin Dodman, lecturer and researcher from Free University of Bozen-Bolzano shared his thoughts on the difference between noun and verb phrases such as language evolving and evolution, translating and translanguaging, with a view to articulating what makes language sustainable.

Christine Ji presented her research based on the quantitative analysis of language corpora to determine how concepts of sustainability were diffused within Chinese media over the past ten years. ‘

Finally, Adriana Pagano presented quantitative research on environmental communication and eco-tourism translation in Latin America, with a focus on Brazil.

The second day saw five speakers present on their research. James Miller, Professor of Humanities at Duke Kunshan University argued for an interpretation of the ongoing ecological crisis as a failure of translation from science to public policy and culture.

Peter Jingcheng Xu from Bangor University, Wales, presented an analysis of the significant works of Chinese scholars working on the field of translation and sustainability, as well as outlining an approach to this topic from the perspective of Daoist philosophy and culture. 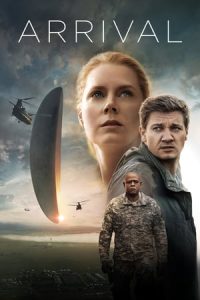 Douglas Robinson, Chair Professor of English at Hong Kong Baptist University, placed a sustainable theory of translation in a larger context by taking a close look at the translational interactions between humans and aliens in Ted Chiang’s novella Story of Your Life, recently adapted into the Hollywood film , Arrival.

Martin Dodman, from the University of Copenhagen, presented on his research into the adoption of renewable energy sources in China, explaining how scientific work into renewable energy came to be translated into government policy and finally implemented on the ground.

In closing, Professor Rojas held a roundtable discussion among all the speakers and offered general concluding remarks on translation as a concept that not only involves interaction between human cultures but is also deeply rooted in issues of evolution, sustainability, and inter-species communication.