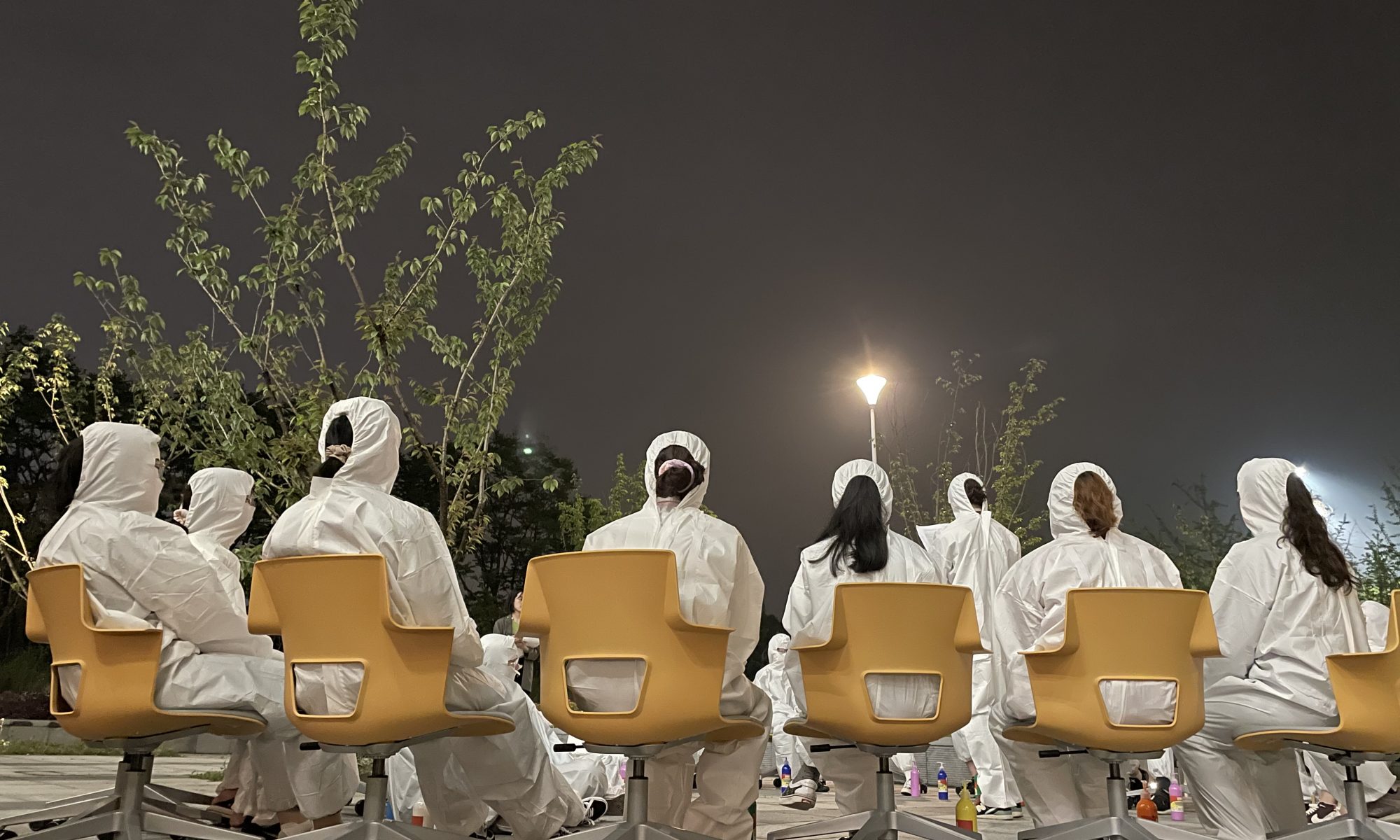 We go gentle into that good night, in white suits, in paints, in illusions, and in skins that mark our nakedness. In the final installment of the four-part series on intimacy by The Thursday Night Tea Research Group, Yuting Liu presents an interactive performance to delve into the contradictory nature of intimacy by testing a theory in quantum physics, which claims we can never touch anything because the feeling of “touch” is a result of electrons repelling each other. As a costume and set designer, Yuting Liu’s interest focuses on exploring our relationship to the construction and deconstruction of our selves with visual design, cultural restoration, and performance art. He is an experienced designer for several plays and has also worked as a researcher on cultural restoration of traditional Chinese outfits at the National Museum of China, among other institutions. 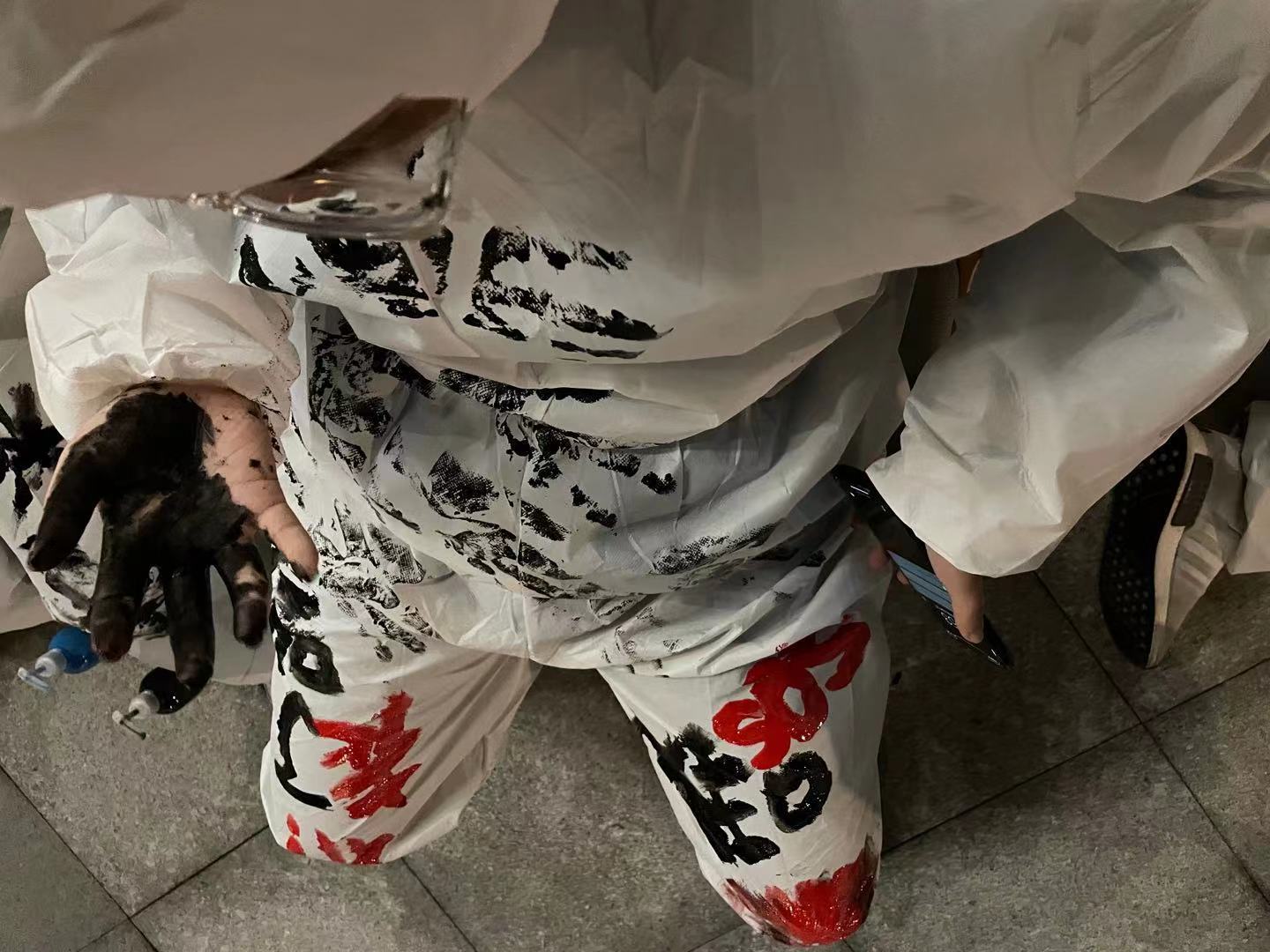 Unlike previous events where lectures happen in a room, Liu stages this workshop outdoor at the platform between the basketball court and the Innovation Building. He begins the workshop by asking us to put on white suits, leaving only our eyes uncovered, and to gather in a circle. He defines the white suits as our skins and in the new skins we forsake our labels and our old selves. At a platform where people rarely pass by and in suits that forbid us from recognizing one another, intimacy is put to test in a strange sense of alienation. The space becomes heterotopic in isolation from the rest of the campus and the connection between people is distanced by the thin layer of plastic: our intimacy is nowhere, touching nobody. 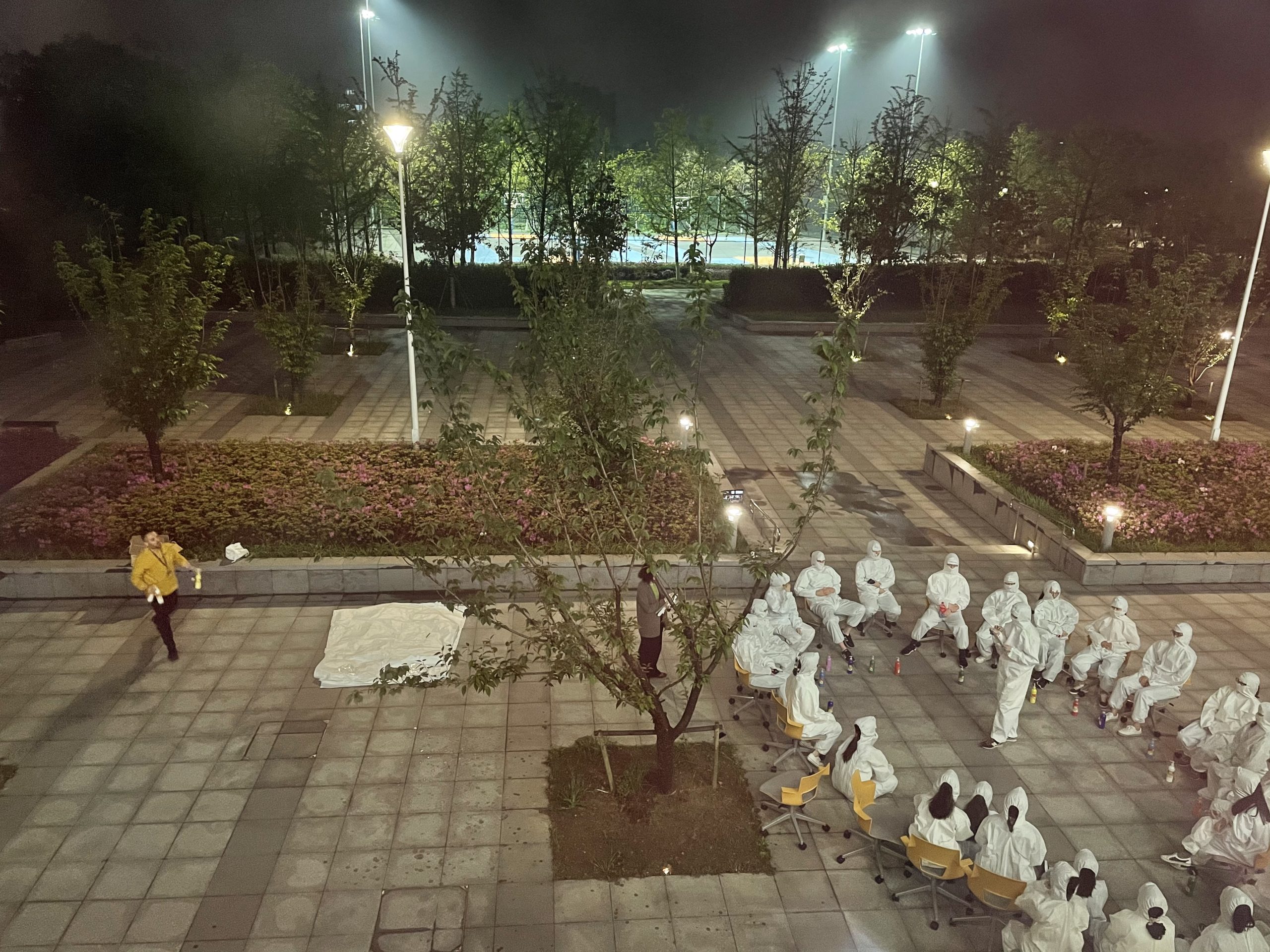 Liu guides us through the first part of the workshop with meditation. “Think about a time when you felt happy,” says Liu, “think about details – the place, the time, and the people nearby…” Our thoughts wander away to different directions yet come back to the same point in the sharing of individual experience. It is contradictory, as we think about people who accompany us without having them by our sides and recollect past memories while never going back. Inevitable parallelism is generated: at the moment when we feel intimacy, our loss begins simultaneously. It is retrospective, then we proceed with expressions.