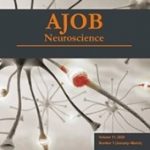 Ege Duman, a 2nd year DKU undergraduate recently published an open-peer commentary in the American Journal of Bioethics: Neuroscience entitled “The Continuity of BCI-Mediated and Conventional Action.” The article was written with Professor Daniel Lim, Co-Director of the Planetary Ethics and Artificial Intelligence Lab (PETAL).

This is the first paper published in a peer-reviewed scientific journal by a DKU undergraduate with a DKU professor.

Their commentary is a response to a target article titled “When Thinking is Doing: Responsibility for BCI-Mediated Action,” whose authors argue for a qualitative distinction between conventional action and brain-computer-interface mediated action that results in a distinction involving moral responsibility. In resisting this claim, Duman and Lim provide philosophical and scientific reasons for maintaining continuity in the way these types of actions are handled.

This discussion is significant in terms of weighing moral responsibility for people who make use of neuroprosthetic devices that are controlled by a brain-computer interface (BCI).