Barcelona as a club has limited two of its largest star’s, (Lionel Messi and Neymar) ability to play in international competition this summer. Both players play for teams that will this summer compete in both the Copa America and Rio 2016 Olympics. 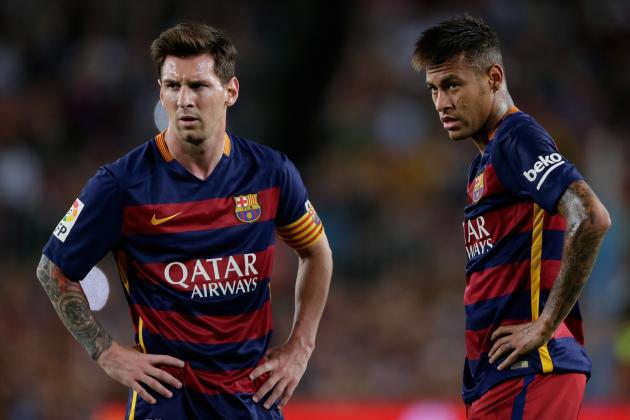 In Messi’s case, this isn’t the first time this has happen. In 2004 he was also disallowed from playing in the Olympics. In 2007 though, FIFA did rule that soccer clubs aren’t allowed to limit players under 23 from participating in the Olympics as Messi was in 2004. Barcelona, in conjugation with Werder Berlin and Schalke, then took FIFA to the Court of Arbitration for Sport (CAS) over this issue in 2008 and won, allowing them to not allow Lionel Messi to play in the 2008 Olympics. But after meeting with then manager Pep Guardiola, Lionel Messi was allowed to play in the 2008 Beijing Olympics and led his team to the gold medal. This year Messi was chosen to play in the Copa America and forgo the 2016 Rio Olympics. In Neymar’s case the club will allow him to play in the Rio 2016 Olympics (which makes sense seeing as Brazil is the host nation and Neymar is its biggest star) and not in the Copa America.

Such a issue shows the believe that club is more important that country. But is this really true? Should player’s club teams be able to supersede their own desires to represent their countries and win glory for their nation and its citizens. Currently, FIFA doesn’t force clubs to release players to play in the Olympics, making it the club’s decision to allow the player to play or not. From the eyes of clubs it works because it allows for them to protect their assets. If their player competes less for country they have a lower chance of injury and can get the necessary rest to be ready to compete at the their highest level for the club. But from the perspective of the players it is a detriment as it lessens their own freedom as well as their national appearances. Clubs rarely actually limit players from playing and therefore the issue is never broached and discussed. However,now with such high profile players being affected by the rule it will be interesting to see how FIFA reacts to the public backlash especially amiss the other scandals and lawsuits they are involved in (Concussions, 2015 Corruption and Equal Play, Equal Pay).

3 thoughts on “Barcelona, and Clubs Strangle Hold on International Play”