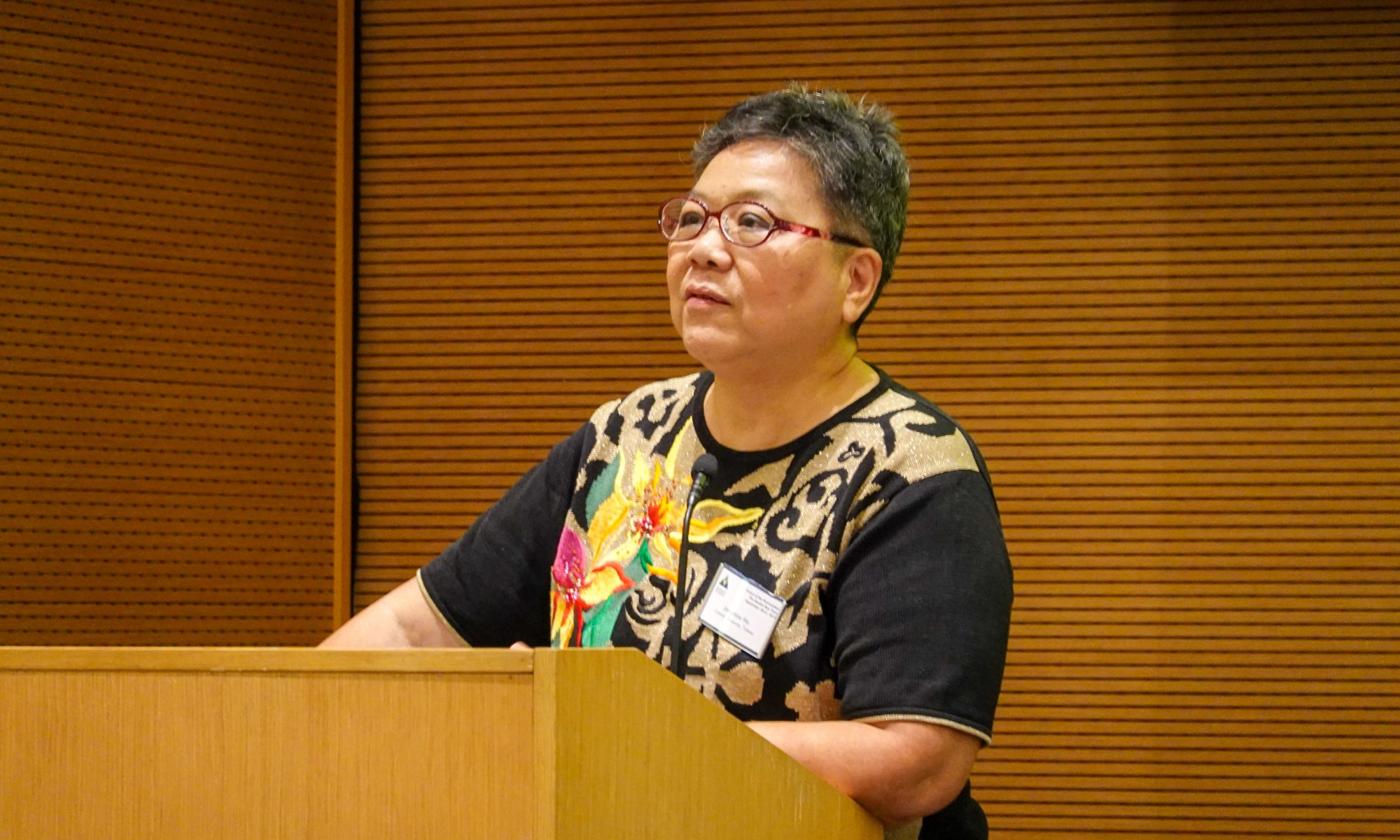 The first keynote lecture for the Duke Kunshan University Fall Conference 2019: The Future of the Humanities: The Gender/Sex Turn was led by Professor Josephine Ho, the chair of the English department of National Central University, Taiwan, and coordinator of its Center For the Study of Sexualities, who spoke on the topic of Gender as Governance: Sexual Politics in the Age of Globalization.

While gender has been constructed by the feminist movement as a matter of social justice, developments in recent decades have revealed that it could just as easily serve as an instrument for less than benign (global) governance. The concept of governance was promoted by the UN, the World Bank, and the International Monetary Fund since the 1990s as a highly rationalized, civilized, modernized, and juridified apparatus that aims to transform local cultures and laws of the Third World so as to comply with transnational/multilateral operations that work to reconfigure the post-Cold-War world order. Notwithstanding such ideologically potent and suspect implication, the gender equality imperative has taken up the governance model, and garnered exceptional energy and vitality to the extent of becoming key policy protocols in certain locations. Professor Ho claimed that over the last couple of decades, the gender or the gender-only view, has developed into a growing legal and administrative apparatus that now functions to regulate both the public and private spheres of life, with regards to individuals of the state. Moreover, these gender-based measures circumscribe today’s sexual politics by moving more and more sexual practices into the realm of possible criminality, hence effectively compressing social space as a whole.

According to Professor Ho, the success of Taiwanese gender politics was purchased at the price of further problems, which in this case is stigmatizing and, in many cases, criminalizing sexual activity and sexual nonconformity. Looking back at the 1990s the rise of gender as a significant social justice issue in Taiwan as Allied women’s groups and staple-oriented feminists were elected into the Taipei city government, they had the opportunity to create a more just world, with regards to gender. The speaker wanted to look into the kind of political structure they would produce in the given historical context. According to Professor Ho, the term government has been widely used by the corporate world as well as the political world to examine the effective and efficient management of business and politics empowered by positive founding values such as, transparency, openness, accountability, participation, and so forth.

Moreover, another meaning of governments that Professor Ho addressed was gender governance being first and foremost, the installation of a series of legislation instigating the claim that foreground gender equality was a core Supreme value. Even though legislative processes like these are notoriously slow in Taiwan due to factional fights along party lines, women’s groups have made truly dramatic progress since the 1990s in instituting legislation in the areas of domestic violence rate, prostitution and Child Protection. Moving on, she discussed legislative acts, which are essentially laws that are narrowly directed at specific criminal activities such as money laundering sex-related activities. In other words, the success of the creation of such laws that concentrate on gender and sexuality issues is bound to leave the impression that gender-related issues are more urgent than other social movements. Professor Ho gave an example of the gender-oriented punitive rationality that underlies such legislation in sexual violence, by discussing the earliest childhood sexual transaction prevention act i.e. the Sexual Exploitation Prevention Act drafted in the late 1980s by women’s groups.

She noted the weight of NGO’s on the political stage, especially in the post-cold war period, regarding their aid to the UN. Through NGOs, individuals found themselves actively involved in local politics, global negotiations and international policy, capable of formulating even our nation states, and therefore, women activists working at NGOs or NGOs dedicated to similar causes had the opportunity to actually lobby for and enact change within the political system and structure. Gender experts have been busy working to bring local and national legislation into alignment with international models of governance.

Moving on, she discussed existing structures of bias and prejudice within that are interpreted by gender experts as either expressions of lingering chauvinism or simply indolence, which calls for more pressure monitoring personal individualistic behavior and interpersonal interaction in daily life. These interactions are increasingly codified and framed in terms of newly instituted gender-sensitive societal norms and political laws, and thus, are enforced to a large degree of political correctness. This exists, because as Professor Ho puts it, international gender equality and its trajectory of development resolutely assumes a top-down approach for progressive values such as judging equality, and abiding civil behavior, is thus non-negotiable. Consequently, global gender norms are implemented with an unrelenting firmness grounded in a wide restructuring of the current system, which Professor Ho referred to as administrative rationality and the highest level of good governance. Tools and techniques are created to integrate gender equality objectives and policies are prioritize meeting objectives and accountability for outcomes is monitored constantly as all agencies are demanded to regularly but that’s the execution of gender equality measures ironically simple biological spec the division between men and women still constitute war of gender thinking and hence the basis of all calculation in all of these measures to ensure cohesion in action gender experts convene frequently to address possible fragmentation and coordination of all levels different branches of the government are hence effectively split spoon under the supervision and monitoring of gender inequality not held accountable don’t have to write up any report aren’t gender experts and then she’ll delegate perform such requirements of accountability not only prescribed but also circumscribe necessary action registration of new laws and amendments to the existing ones accompanied by intensive and meticulous enforcement rule that regulates the action of all offices and agencies involved. not only true gender equality oriented of vulnerability affectionately charged the concept of vulnerability describes being that suffering from their structural positionality in a society.

Moving on, she discussed the impact of social/mass media on the movement for gender equality, especially in Taiwan. According to her, social media aids in portraying the helpless and vulnerable women and children caught and fallen prey to depraved men whom occupy relatively more powerful positions. Therefore, this narrative, melodramatic though it might be, is of absolute value, due to its ability of effectively making clear the motives of all parties making claims to the truth of what happened. In society, moral outrage and righteous indignation. is extremely powerful and can result in generational change and outright dismissal of hierarchical relationships.

In conclusion, gender governance has taken the form of juridification and is most sensitively concentrated in the realm of “sexuality,” where detailed legislation has come into place to regulate all sexual expressions and interactions. This new form of sexual politics, propagated by a globalizing civility that presumes Western values and practices, now makes resistance in the sexual realm ever more difficult. This talk, used the case of Taiwan as a prime example, delineated the development and consequence of such gender governance.