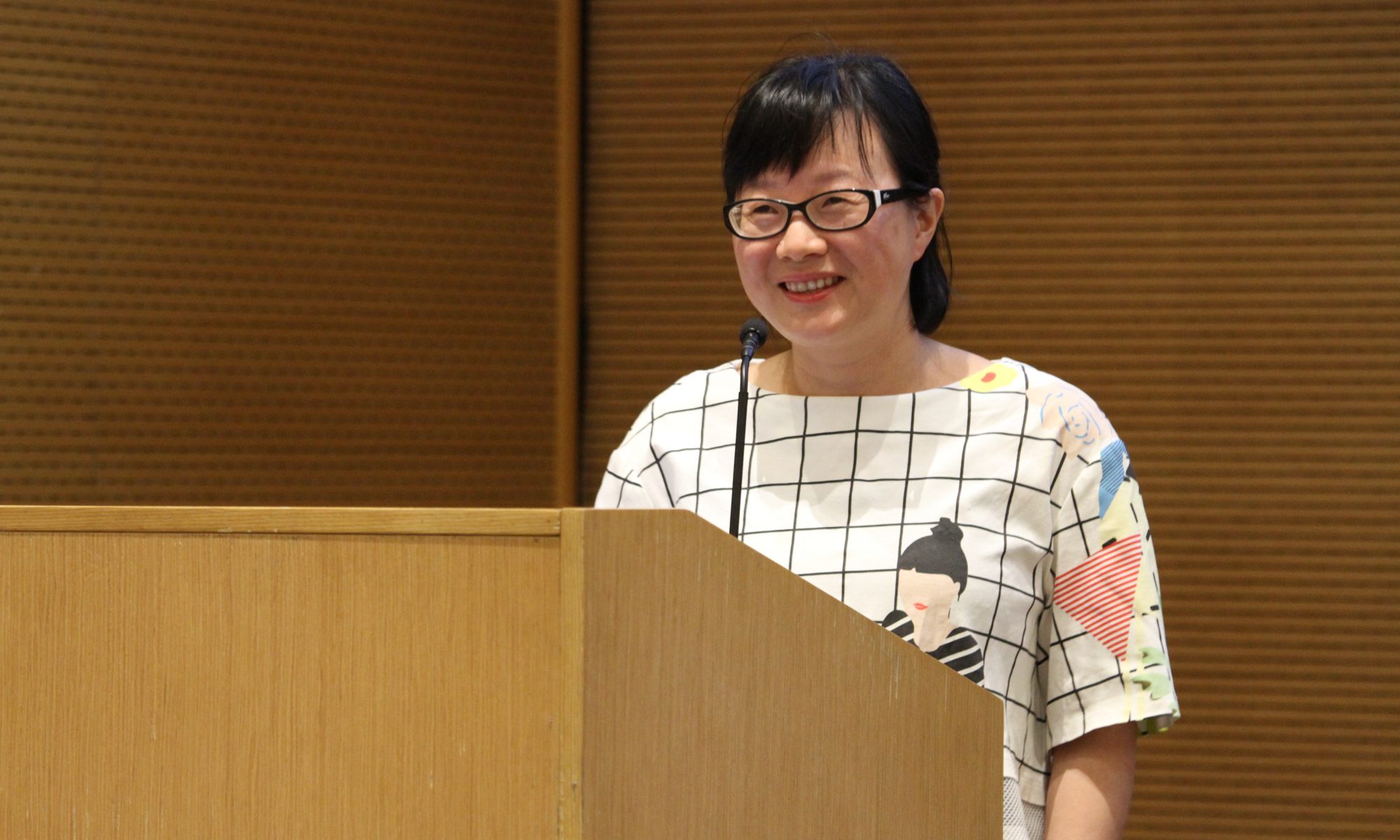 The second keynote address held at the DKU Fall Conference: Future of the Humanities: The Gender/Sex Turn 人文学的未来：性／别转向” was given by Yingying Huang on the topic of Changing Sexualities in Mainland China since the 1980s. Professor Huang is Associate Professor of Sociology, and Director of the Institute of Sexuality and Gender at Renmin University of China. Her work focuses on female sex workers, women’s body and sexualities, social aspects of HIV/AIDS, and qualitative methodology.

Professor Huang started by outlining the focus of her presentation and what kind of questions she was hoping to address, such as: What are the key emerging issues regarding sexuality in mainland china since the 1980s, and moreover, how to understand the tensions that have emerged under particular socio-political landscape? According to her, the significance of sexuality as an issue in mainland China is marked by marginality, knowledge production and social-political governance. The 1980s marked the time period of China, where it experienced its economic reform and consequently, as it’s called, its ‘opening up’. Professor Huang found the social transformation of the time to coincide with the changing sexualities in mainland China.

She further divided this period of social history and societal transformation into three stages, trying to capture the three trends, analyzing the related dimensions within each stage. Referring to the pre-1980s period as a highly politicized and desexualized culture, due to the cultural revolution taking place and also due to societal transformations and inner reforms of the time. One of the issues of that era was the erasure of prostitution and Professor Huang displayed real-life photographs depicting events of the time where prostitution was being heavily discouraged by society and the government. She discussed how cinema was used as a tool, in order to stigmatize prostitution through its portrayal of class conflicts.

She identified the 1980s as the first stage of emerging changing sexualities, an event that according to her lasted until the late 20th century. This sexual revolution was characterized by rapid change occurring within a relatively short period of time, having wide societal impacts. Moving on she identified multiple events throughout this time period which empowered the sexual revolution within the mainland and moved issues regarding sexuality into the spotlight. These included the publishing of sexology magazines and books, the organization of nation-wide conferences and the release of specific movies, all of which discussed sexual issues and aimed to bring such problems into the heart of the public sphere. So, in the late 1980s and the early 1990s, love, premarital sex, extramarital sex and the re-emergence of prostitution were significant issues that attracted public attention and debate.

As for the second stage, defined to be from the mid-1990s to the early 2000s, the main issue was safe sex with the emergence of cases related to HIV and AIDS in mainland China. The organization of HIV/AIDS programs identified several high-risk target populations, keeping in mind risk factors such as the blood sale market, MSM (men who have sex with men), sex workers, truck drivers, etc. The problem of HIV/AIDS being brought into public view, exposed several sexually and gender marginalized groups within society. This brought with it a lot of advantages, for example, increased funding for HIV/AIDS programs within targeted communities. It was notable that sex research through behavioral analysis actually narrowed down an understanding of sex and sexuality, and the social stigmatization of high-risk populations identified by HIV/AIDS programs.

Professor Huang identified the post-2010 period as stage three, characterized by the increase in social visibility, political dynamics and tension regarding sexuality. The change in this period compared to the previous two was significant, first and foremost, due to the political and economic context. Increasing crackdowns on sex work nationwide, stricter regulations on online pornography and further regulations on public expression and censorship resulted in further control and constraint over individual sexualities. Another significant change was the attention the current government was paying to moral governance as compared to the previous two stages, resulting in far-reaching and interclass crackdown on sexual expressions. Professor Huang identified five newly emerging phenomena in this last stage, each with its own distinct implications, which include the intensive anti-prostitution campaign, change in form of LGBTQ+ activism, the emerging wave of young feminism, increase in social resistance and sex-pro activists, and finally, increase in sexual health awareness.

In her presentation, Professor Huang tried to address the following questions: what are the key emerging issues of ‘sexualities’ rooted in mainland China since 1980s? How to understand the changes, trends and tensions under certain social, political and economic contexts? What are the local responses from the Chinese academic and the key discourses being formulated? By answering these questions, an overall picture of sex and sexualities in contemporary China since its opening up and economic reform was drawn.