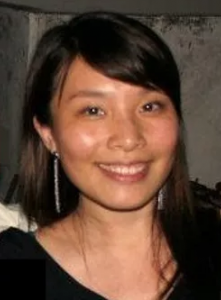 Selina Lai-Henderson, Assistant Professor of US Literature and History at DKU, has been named Chair of the International Committee at the flagship American Studies Association (ASA) starting 2022.She will be setting meeting  agendas in the committee on a range of affairs, from planning and moderating workshops for the annual ASA conference, to reviewing submissions for the Shelley Fisher Fishkin Award. Her primary goal during the two years in her position is to facilitate new conversations on transnational American Studies and to foster research collaborations among affiliates and global scholars in the field.

She has also recently co-edited a Special Forum titled, “Global Huck: Mapping the Cultural Work of Translations of Mark Twain’s Adventures of Huckleberry Finn,” with four global Mark Twain scholars, Shelley Fisher Fishkin, Tsuyoshi Ishihara, Ronald Jenn, and Holger Kerston, for the Journal of Transnational American Studies (December 2021). In the same issue, she published “Appendix B: Chinese Translations of Huckleberry Finn,” which is a compilation of a list of close to 100 Chinese translation titles of Adventures of Huckleberry Finn since its first translated version in 1942.