In the past year, members of Asian descent have been the targets of hate crimes and other forms of systemic violence. These acts, particularly those that have taken place across the U.S., Canada, the U.K. and Europe, have, for the most part, singled out the most vulnerable members of Asian communities, including the elderly, the working-class, and women. Most recently, the mass murders of 8 people in Atlanta, Georgia on March 16, 2021, six of whom are Asian women laboring in the massage parlor industry, have ignited a wave of social movements calling for the end of intersectional racism, misogyny, and discrimination against those who are engaged in sex work, along those who labor in beauty, nail, and massage parlors. What is the significance of this event, particularly for those in the Asian-American Pacific Islander (AAPI) community in the U.S.? What debates around race, gender, and labor have proliferated around the U.S. and the world since the shootings? How can the histories and experiences of migration, labor, and activism among Asian immigrants and their allies cast new light on building cross-cultural ties between Asia, China, and their diasporic groups in the Global South (Africa, Southeast Asia, Latin America)?

This all-female panel features speakers who will address these questions from historical and transnational perspectives. We will use the experiences of the AAPI communities as a stepping-stone to a broader conversation on intersectional violence that crosses gendered, class, racial, religious, and heteronormative lines. We begin by unpacking the significance of the Atlanta shootings, its ties to the deep historical roots of Asian-American activism, and its potentialities in building cross-racial and intersectional ties with other social movements around the world, including Black Lives Matter. By delving into the histories and diversity of AAPI identities and experiences, this panel aims to demonstrate how communities of care, safety, and security can be built and empowered in face of acts of systemic hate, violence, and injustice.

Amy LEE teaches at UC Berkeley’s Fall Program for Freshmen. She is currently a campaign researcher 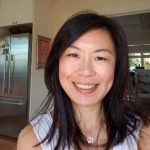 at Asian Immigrant Women Advocates and a member of the Anti-Eviction Mapping Project. Formerly, she worked with tenants facing building-wide evictions in New York City as a member of CAAAV: Organizing Asian Communities.

Jennifer S. Cheng is the author of HOUSE A (2016) and MOON: LETTERS, MAPS, POEMS, a Publishers 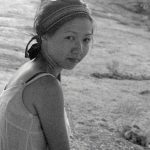 Weekly “Best Book of 2018.” She has received awards from Brown University, the University of Iowa, the National Endowment for the Arts, the U.S. Fulbright program, and the Academy of American Poets. www.jenniferscheng.com

Stephanie Chan is a member of the English Department faculty at Foothill College and researches Asian Pacific American literature and food culture. She has published several works in Asian 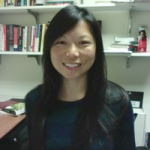