Starting in the midst of a near-depression economy less than 6 years after the Women’s United Soccer Association (WUSA), the previous women’s professional league, folded, the upstart of the league carried with it concerns of success and sustainability. However, March 29, 2009 had been slated as opening day for WPS back in August 2007.[2] “When we made the plans to start this league, we didn’t think the economy was going to be in the state that it’s in. So you roll with it,” said Kristine Lilly, member of the 1999 World Cup team and striker for the Boston Breakers.[3]

Despite the hesitation and concerns surrounding the start-up of WPS, much was learned from the mistakes that were made with WUSA and every effort was made to ensure the same blunders would not happen. WPS was considered a trimmed-down version of WUSA, complete “with smaller salaries, venues and expectations.”[4] Commissioner Tonya Antonucci realized that “the exuberance that came out of the World Cup of 1999 did not translate to a sustainable business model and marketing platform.”[5] Player salaries in WPS were slated to be an average of $32,000 for a seven-month contract, versus the average $37,000 that WUSA players received even after an almost 20% pay-cut in the 2003 season.[6] High profile players earned at least $80,000; Mia Hamm earned a relatively very generous $93,000.[7] The teams would also be housed in smaller venues. For example the Washington Freedom who had during the WUSA days played in the 50,000 seat RFK Stadium moved to a 5,200 soccer complex in Maryland.[8] WPS also took on a new marketing strategy targeting a different audience from the soccer moms and pony-tailed girls of WUSA and the’99 World Cup. Their goal is to attract a young adult fan base. Another marketing tool the WPS employed is Twitter. [9]

Like WUSA the WPS attracted the best and most talented women soccer players in the world. “The best players in the world are here in the United States,” said Brazilian star Marta who left her Swedish club Umea to come play in the WPS.[10] While many European players opted to stay home to train with their national teams for the 2011 World Cup to be held in Germany, there is not shortage of an international presence amoung WPS players.  Also, among the stars in the WPS are familiar names from the 1999 Women’s World Cup, like Brandi Chastain Briana Scurry. Despite being 40-years old, Chastain has never officially retired from the sport. She was drafted, tried-out for, and made the Bay Area team, FC Gold Pride.[11] There are undoubtedly many up-and-coming soccer standouts in the league that were touched and inspired by the events of 1999 and idolized former WUSA players.

The league began with 7 teams

In 2010 the league planned to expand by adding the Philadelphia Independence and the Atlanta Beat. 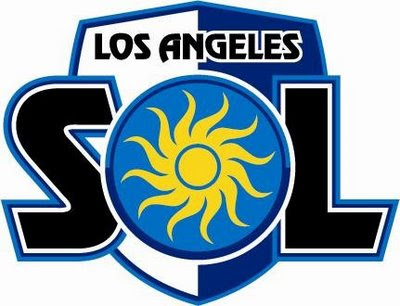 WPS tried to hold off on folding twice after the 2011 season. U.S. Soccer was reluctant to give the league Division I sanctioning after it dropped to five teams in November, but relented after the league pointed to a surge of interest in expansion prospects.

In January, the league appeared to have settled a legal dispute with Dan Borislow over the termination of his South Florida team, magicJack, but the deal fell apart, causing the league to announce that it would not pursue a 2012 season. [13]

On May 18, 2012 the WPS announced that the league had officially ceased operations. Its remaining teams were assimilated into the WPSL Elite League.