COVID-19 presents a public health crisis unmatched in the last century. At its onset, the disease seemed troublesome. Forcing fever, dry cough, and sometimes pneumonia in its victims, COVID-19 poses a major, global threat. By now, people around the world are beginning to understand the dire stakes of combating coronavirus with coordination and intensity. The disease not only has higher mortality rates than the flu, it also has the power to imminently overwhelm our healthcare system.

In Italy, doctors had to daily decide which critically ill patients should get hospital beds and ventilators and which must be left to die. As a result, newspaper death announcements that had normally filled one page per day came to fill ten. Once the number of critical cases in an area surpass the number of ICU beds and ventilators, fatality rates skyrocket. How do we avoid the very real possibility of losing millions of American lives to Coronavirus? By playing Dutch soccer.

In the early 1970’s a football team out of Amsterdam called Ajax took the world by storm. Playing for the Dutch national team, many of those same players advanced to the World Cup Finals—a game they very nearly won. Immense coordination is necessary for a small country like the Netherlands to beat countries with populations many times their size. The dominance of its top club teams, like Ajax, and its national team in the 1970’s was astounding. The secret to their success was a new style of play—total football. Under this new model of play, every player worked as part of the whole; if a defender advanced on attack, midfielders fell back. No one worked in isolation. No one was free from responsibility. David Winner’s Brilliant Orange: The Neurotic Genius of Dutch Soccer captures this well.

To defeat the coronavirus, we have to play like the Dutch. Every person must do their part, self-isolate, wear masks, and wash their hands. Keeping coronavirus somewhat under control, at least for the next few months, will be more of what Malcom Gladwell has called a “weak-link” sport. The strength of our weakest links will be more important than the exceptional abilities of our top players. That is true in soccer and in pandemic mitigation. A couple of families hunkering down in a shelter with no outside contact will not solve our public health crises. A couple of infected people who cough across their local grocery store do more harm than a social-distancing superstar can counterbalance. Vaccines will take a year to 18 months to get approval for widespread distribution, and effective treatments remain relatively untested. For as long as that’s the case, incredible doctors will still have very limited control over case fatality rates—especially when they themselves get infected or run out of proper protective equipment.

In encouraging states to take aggressive measures before their numbers got too high, Dr. Anthony Fauci said that we need to be like Wayne Gretzky (the famous hockey player) because Gretzky “doesn’t go where the puck is, he’s going where the puck is going to be.” Even better models for aggressive attack and foresight than Gretzky is the Dutch total football of the 1970’s. Ajax’s star, Johan Cruyff, was famous for understanding both where each player was and where they ought to be. He would direct his teammates to run to a specific spot in order to make space. When Dutch total football was new and in its prime, Cruyff knew what attacks to expect and where each player would have to be. Our response to coronavirus has similarly had to anticipate cases and surges. As cases seem to reach their peak in some areas, we must remember that if we halt our aggressive attack, the COVID-19 will respond with a punishing counterattack. 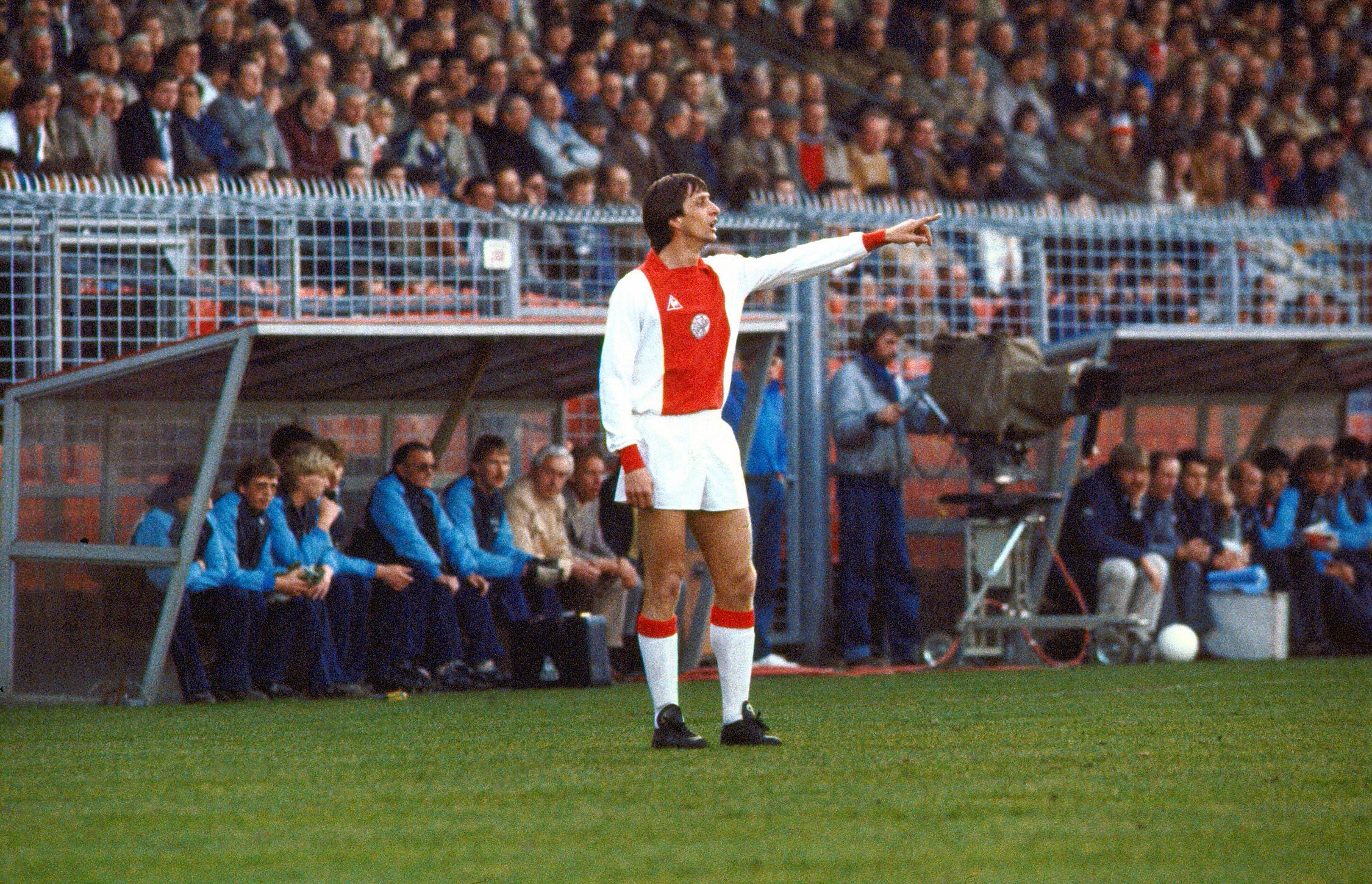 Cruyff Pointing Where to Go

Ajax and the Dutch understood this. They launched aggressive attacks while retaining balance. If a defender went on attack, the midfielder would fall back to take his place. Each player recognized needs, identified gaps, and filled them. The same must be true for us. As the most vulnerable elderly and ill citizens go indoors, others must step up to deliver their food. When our doctors and medical professionals put their lives on the line to protect ours, we must leave the N95 masks and protective equipment for them. When single people go under lockdown and into isolation, we must stay connected with them.

Social distancing is hard, but we are together in our isolation. We’re playing total football. Ajax and the Dutch thrived on long passes. They made maximum use of limited space. We must do the same. Our zoom calls and check-ins are long passes. We move as a unit and advance the ball. If we stay focused and committed to winning, we will prevail.