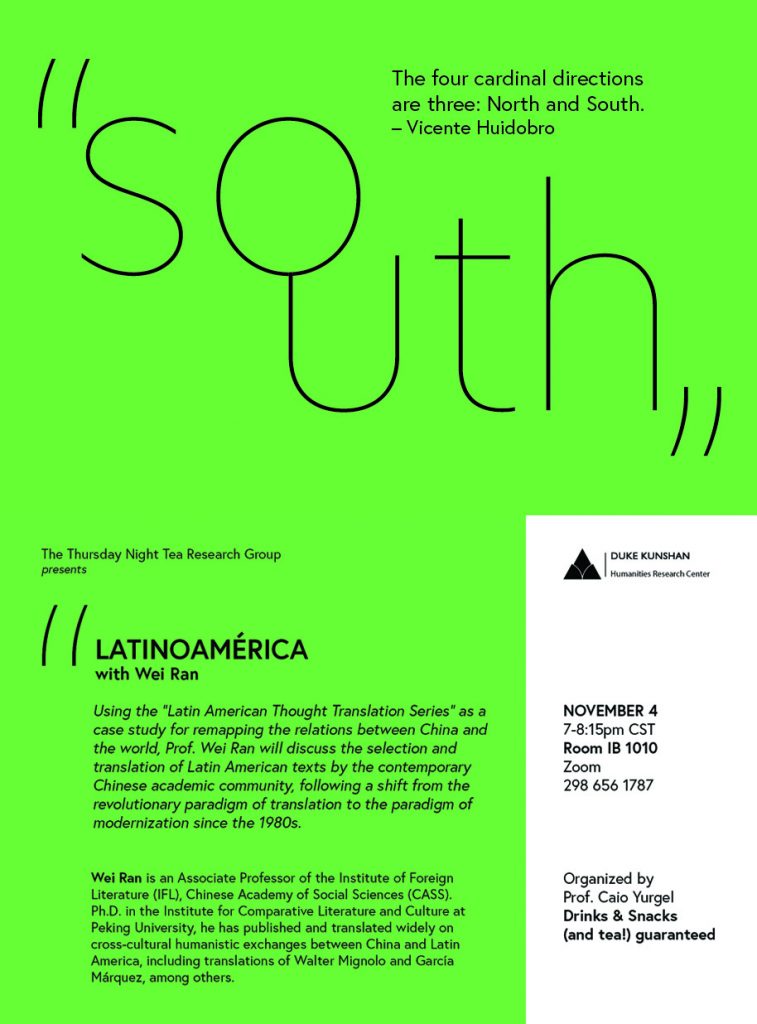 In the second event of our translation series, Prof. Wei Ran will be exploring the “Latin American Thought Translation Series” as a case study for remapping the relations between China and the world. He will discuss the selection and translation of Latin American texts by the contemporary Chinese academic community, which followed a shift from the revolutionary paradigm of translation to the paradigm of modernization since the 1980s. The talk will be followed by a Q&A.

Wei Ran is an Associate Professor of the Institute of Foreign Literature (IFL), Chinese Academy of Social Sciences (CASS). Ph.D. in the Institute for Comparative Literature and Culture at Peking University, he has published and translated widely on cross-cultural humanistic exchanges between China and Latin America, including translations of Walter Mignolo and Gabriel García Márquez, among others.