There’s something about checking out a blog for the first time and immediately seeing a horribly photoshopped cover photo that says it all. So the other day I went to the blog West Ham Till I Die. What a blog. Before you do anything else, please look at their cover photo. It’s horrible, but I like it. As a whole, their blog is definitely far from a high end operation, but hey, it has character, content, and readers. Lots of readers.

The blog’s all about the West Ham United Football Club. They’re an aggressively average premier league team playing on the outskirts of London. (Fun fact: they play in London Stadium, the one built for the 2012 Olympics.) For the past fifteen years, West Ham ping pongs around the middle of table, never breaking the top five. They were relegated once in 2012, but bounced back the following season.

It takes some energy to support West Ham. Obviously, they aren’t like London’s giants, Chelsea and Arsenal. They don’t even have a history of winning. Ever. But through it all, fans keep positive and never give up on their Hammers! (That’s one of the team’s nicknames.) WHTID embodies this optimistic yet hopeless fan base because it’s a blog written by fans for fans.

WHTID’s top contributors and authors are people you’ve never heard of. They’re not famous journalists or notable soccer aficionados. They’re just people. Well, they’re die hard West Ham fans too. One author goes by the name “Blind Hammer.” He’s a blind season ticket holder who was raised to be a Hammer since birth. I love his most recent post titled, “Why are West Ham the most fouled against team?” In this post, he illustrates why this blog and West Ham fans are so awesome. Sure, they get knocked down, nothing ever really goes their way, and they’re bullied, but that won’t stop them. Hamburghhammer is another dedicated blogger on WHTID. He’s from Germany, but became attached to West Ham while working in Barking. He’s just a normal person like you and me expect for the whole West Ham fandom thing. He frequently dreams of better times, demanding that West Ham make immediate changes in his most recent post. He explains that for him, “weekends without a West Ham game are always different.” [1]

These are just two of the twenty frequently writers on WHTID. In reality, they all have interesting backgrounds and fun / unfortunate stories detailing how they ended up supporting West Ham. I admire their dedication. Since moving to their new website five years ago, they’ve written over 4,000 posts. That’s a lot of consistent content about just West Ham. (Really. They write about nothing else. It’s West Ham post after West Ham post.)

The readers are just like the writers. They’re die hard hammers. The fun thing about WHTID is that it’s really the only blog West Ham has so all of their crazy fans congregate here. According to their website, over 60,000 Hammers visit monthly to read the latest posts. They’re active readers too. Most posts receive well over 300 comments. 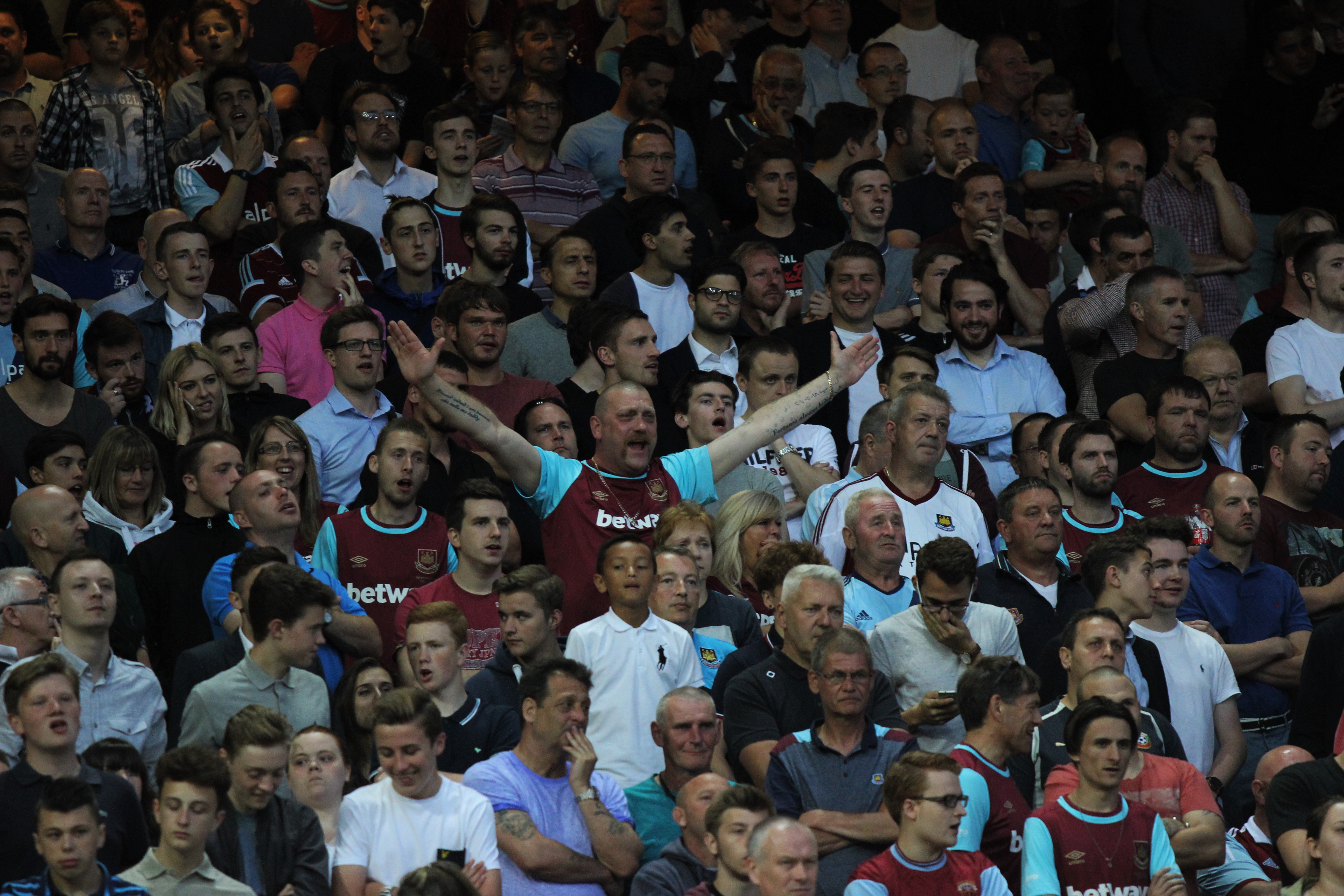 If you’re not a hammer, it’s hard to find a place on WHTID. To paint the picture, some of the most recent post titles on WHTID are: “25 years on: Bobby Moore 1941-1993”, “Kieron Dyer: Craig Bellamy, Lee Bowyer & my injury hell“, and “Andy Carroll: The Forgotten man?” Those probably don’t make any sense to you. That’s because they’re all related to West Ham in some form. So with that in mind, if you’re not a West Ham fan, then this isn’t the website for you. The content is about all the intricacies and history of West Ham, which targets the real fans. (I made a fake account: AmericanHammerTime10 just to blend in.)

Authors will usually post an article before and after a game. These posts might draw fans from other teams to WHTID. Other than that situation, I don’t know who else reads WHTID. It’s truly for the West Ham fans.

The Ideology & The Big Picture

WHTID has a very simple angle / ideology. They just report about West Ham. They don’t try to cover the whole premier league. They don’t try anything else. They just care about anything West Ham related. They’ll dig into West Ham stories with a lot of energy. They show that soccer is for everyone. Even if your team isn’t the best in the game, it still has hope and a place in the scheme of it all.

West Ham plays with passion, regardless of the outcome. [3]

Keep in mind, this isn’t a revolutionary blog that’s changing how people talk about soccer, yet it still contributes to the broader soccer conversation by filling a hole. WHTID provides a forum to cover West Ham in a way that traditional news and popular blogs don’t offer. Those sources don’t care about West Ham enough to thoroughly analyze the team. Fortunately, WHTID handles that. It’s niche blogs like WHTID that make the soccer conversation a complete one.

If you’ve haven’t read enough about West Ham already, here are a few other posts to check out.

This is the second part to West Ham being the most fouled team in the premier league: Yellow Cards and Victimization – The Hidden Cost of West Ham Suffering.