An important international policy struggle is underway, one that is invisible to most citizens. Countries are preparing to mine the ocean floor in the deep sea, hoping to secure minerals that are deemed important to supporting a modern economy. The International Seabed Authority is required to ensure that such mining does not harm the marine environment, and finds itself caught between competing interests: on one side are countries and companies anxious to proceed, while on the other side are countries, scientists, and non-government organizations anxious to ensure adequate environmental protections for the unique biodiversity of the deep sea. The resulting struggle presents important questions about the stewardship of our oceans.

Our panel discussion will include experts in the ecology of the deep sea and in the plans for deep seabed mining, who will provide insights into vital questions related to exploration and exploitation of the deep sea. 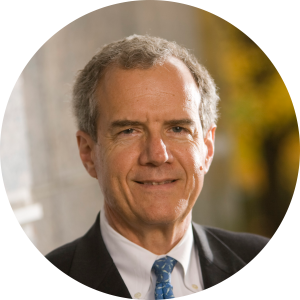 Steve Roady is a Professor of the Practice of Law at Duke University’s School of Law, and a Faculty Fellow at Duke’s Nicholas Institute for Environmental Policy Solutions.  He holds a secondary appointment as a Professor of the Practice at the Duke Nicholas School of the Environment. In addition to teaching, Roady consults with non-profit organizations on matters involving the conservation and sustainable management of ocean and coastal resources, including those found in the deep sea.

Before joining the Duke governing faculty in 2016, Roady devoted more than three decades to litigation and advocacy focused on enforcing various environmental protections contained in U.S. laws.  His work in the courts and other forums helped protect ocean and coastal resources, streams and mountains, and air and water quality.

Roady has focused principally on ocean policy law and litigation since 1998, when he launched the Ocean Law Project.  During 2001-2002, he was the first president of Oceana, an international ocean conservation organization.  From 2002 to 2016, he managed the oceans program at the public interest law firm Earthjustice.

Roady has taught ocean and coastal law and policy at Duke since 2003.  He has taught  ocean law and policy at the University of Hawaii School of Law and the Johns Hopkins School of Advanced International Studies. He has been named a Professor of the Year by the Duke School of the Environment, and a Public Interest Fellow by Harvard Law School.  His most recent writings focus on the need for environmental protections in connection with deep seabed mining. 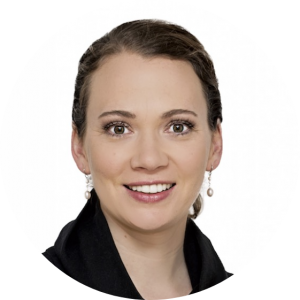 Renee Grogan is an environmental consultant with over ten years of experience in the resources industry. She has significant expertise in the implementation of international and domestic legislation in extractive industries, particularly regarding the implementation of IFC Standards for Environmental Impact Assessments. Ms. Grogan has experience in both policy development and implementation, having worked as the program officer for the Australian Federal Government Department of Research and Development, and managing a state government funded terrestrial biodiversity program. She also has over 8 years of experience in terrestrial and marine mining, including most recently as Sustainability Manager for Nautilus Minerals. Her experience includes management of environmental impacts, management plans and procedures, and Environmental Impact Assessment permitting for major mining projects in both the terrestrial and marine environment in Australia, Fiji, Papua New Guinea and Indonesia.

Ms. Grogan has marine mining experience including Environmental Impact Assessment and management for vessel operations (including compliance with MARPOL and the London Convention standards) and deep sea mining (seafloor massive sulphides). She also worked on land based runoff management and operational management of deep sea tailings disposal. Ms. Grogan holds a Bachelor of Science in Ecology from the Australian National University and a Master of Business Administration from the Australian Institute of Business, and is an Advisory Board Member of the European Union VAMOS Project. 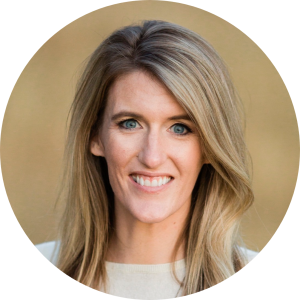 Megan Cook is a deep ocean explorer and Manager of Education Partnerships and Programs for Ocean Exploration Trust, a team that is actively investigating the seafloor and deep ocean biome. Her team operates research vessel E/V Nautilus collaborating with the global scientific community to explore the 95% of the ocean which remains unexplored and uncharacterized working across disciplines of biology, geology, marine archaeology, geochemistry, technology development, and media. In eight years with Ocean Exploration Trust, Megan has led her department at-sea on 23 deep-sea expeditions and supported over 60 research cruises. Megan manages a suite of partnerships, at-sea, and onshore education programs to connect interested parties with emerging technologies, career role models, and the excitement of discovery.

Before joining her current team, Megan’s international career experience bridged scientific research, conservation education, digital media, and expedition operations. In parallel with her career, Megan is a Duke University graduate student pursuing Master of Environmental Management degree within the Duke Environmental Leadership program. She loves helping people fall into fascination with our planet and transforming environmental empathy into management solutions for the future. 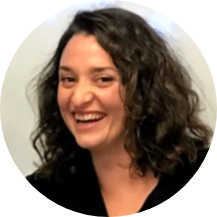 Elisabetta Menini is a second year PhD student at the Nicholas School of the Environment, Duke University co-advised by Prof. Cindy Lee Van Dover and Prof. Pat Halpin. She has a  master in Marine Biology and one in Maritime Spatial Planning. Her work and academic experience includes studies in invertebrate’s biology and phylogenetic, maritime geopolitics, marine spatial planning, and deep-sea hydrothermal vents conservation carried out across Europe, Australia, and US.

Her PhD currently focuses on the conservation of the deep-sea environment in the context of deep seabed mining. Her final aim is to inform policy and decision-making processes with the best available science and best practices examples to implement the use of Area Based Management Tools to protect and manage the deep-sea environment. With the technical team of the Marine Geospatial Ecology Lab, she has been involved in the recent Workshops of the International Seabed Authority for the development of the Regional Environmental Management Plans on the Area.

Sign up to receive announcements and reminders about upcoming events from Oceans@Duke.