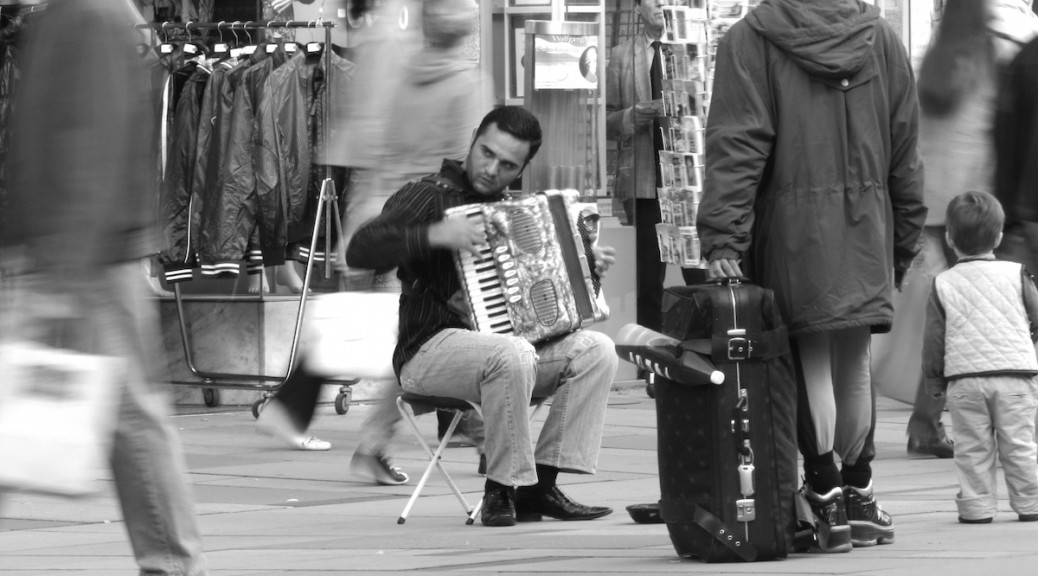 Metropole Wien explores the local roots of a global city.  Once the capital of a multinational empire, and the crossroads of Europe before WWI, Vienna became the capital of a small state in the interwar years, and epitomized Austrian collaboration with National Socialism.  Re-emerging in the post-WWII years as a provincial capital on the outskirts of Western Europe, Vienna made successive attempts to reclaim global status, first as a socialist metropolis then as inheritor of the imperial legacy and the seedbed of modernism.  How does Vienna’s re-emergence as Weltstadt, global city, reflect on the nature of globalization?  Do local and national histories play a role in defining the character of global cities?

Vienna Unveiled: MoMA celebrates the 50th anniversary of the Austrian Film Museum, Vienna, with a major collaborative exhibition exploring Vienna as a city both real and mythic in the history of cinema.

Historic City Map of Vienna (at 1850), showing its Urban Development in Concentric Rings