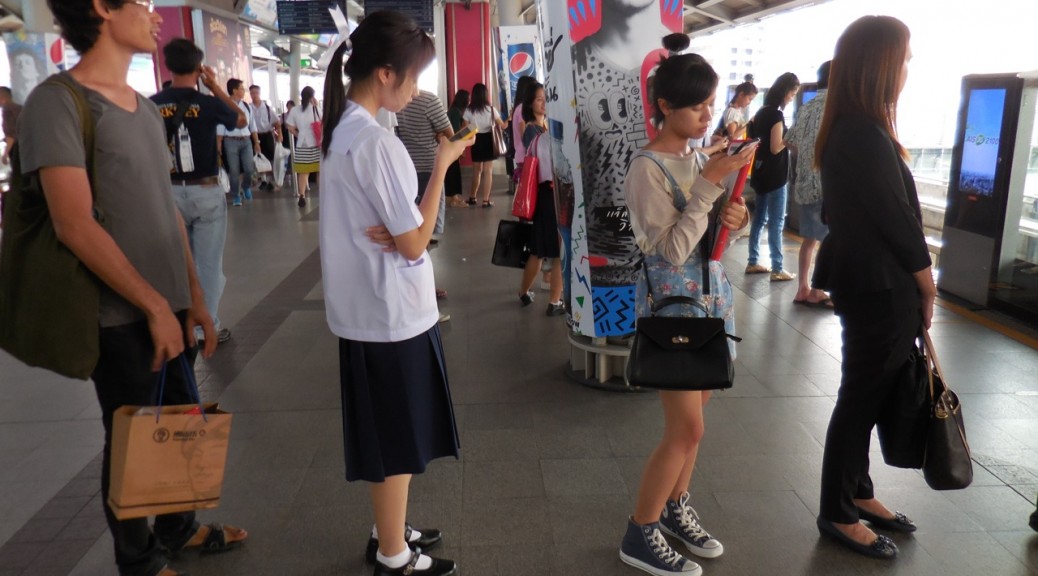 The capital of Thailand — Bangkok — is known in Thais as Krungthep (read: grung-tehp), which is actually the short form of a long formal name. Bangkok exemplifies the geographic rubric of the “primate city”; ten times larger than the next most sizable city in the country, it is the hub for every major institution in the country. For over a century, programs for national development have consistently favored the growth of the power and resources of the city over and at the expense of those of the provinces.  This concentration of power in a Bangkok regime is one of the factors leading to the fierce clashes of 2010 and 2014 between “red shirts” (rural supporters of a populist billionaire) and “yellow shirts” (Bangkok royalists).

As a relatively young capital city established in the late 18th century, it would be easy to see this large city as consequence of Western forces of global capital and imperial influence. But Bangkok provincializes a European monopoly on urbanism. Along with Japan, Thailand is the other Asian country that escaped colonization by the West. The city was built by conscripted Thai men, ethnic guilds, and the “coolie labor” of immigrants from China.  The capital accumulated and spent in the city came mainly from within Thailand from Chinese-Thai business families or the aristocracy. In cultural terms, urbanism itself can be seen as quite Thai. While in the West, we often think of a “country” as being defined by its countryside — the paysan and the pays — in a Thai sense, it is the city that is the metonym for the country. The Thai word muang means city, for example, ‘I am going to the city,’ but colloquially also means nation, as in, I am from muang Thai. This logic resonates with a depiction of historic kingdoms in Southeast Asia as “galactic polities,” what the late Stanley Tambiah (1977) described as porous, concentrated centers of spiritual and political authority, not clearly demarcated by the boundaries of a nation-state. The primacy of Bangkok in the nation, and its sprawling form, thick with all manner of markets, is the outcome of political economic and symbolic dynamics within Asia as well as in relation to the West.

For a sense of how the political history of 1970s protests and crackdowns in Bangkok is being interpreted through the lens of the 21st century political conflict framed as red shirts and yellow shirts, see: Achara Ashayagachat, “October generations are colour-coded.”

An Official Guide to Eastern Asia: East Indies, prepared by the The Imperial Japanese Government Railways, Tokyo, Japan, in 1917: Antique/Vintage Maps of Bangkok