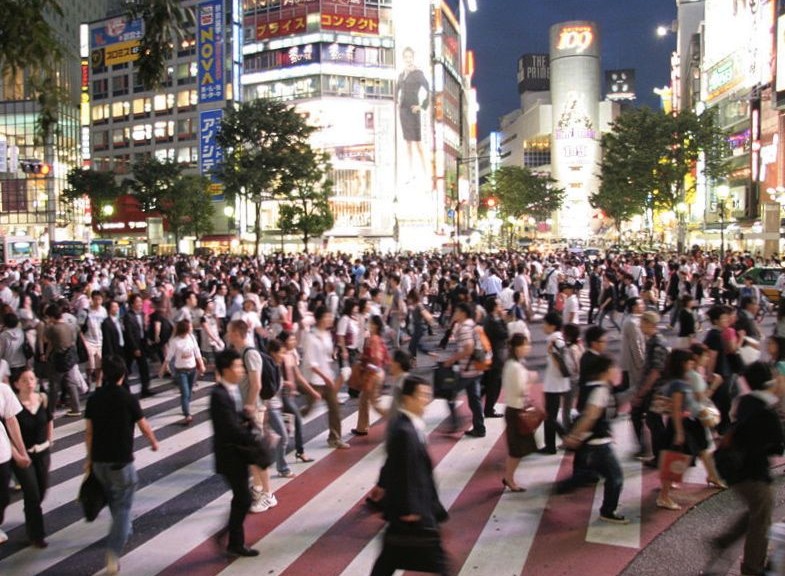 While Tokyo (formerly the shogunal capital Edo) has been Japan’s most important city for more than 400 years, it rose to global city status after WWII due to a remarkable recovery from near complete destruction by Allied firebombing. Japan’s postwar “economic miracle” turned the country into one of the world’s richest nations. This economic rise had a profound impact on culture as well as GDP. Elements of Japanese popular culture, from karaoke to manga comics, anime, and sushi bars spread across the globe, while creative technology products like the Sony Walkman and PlayStation along with the Nintendo DS and Wii have shaped the way the world experiences culture and entertainment. Japanese artists based in Tokyo, whether they are filmmakers like Akira Kurosawa and Hayao Miyazaki or fashion designers like Kenzo, Issey Miyake, and Rei Kawakubo, have achieved worldwide reputations for the originality and quality of their work.

Since the early 1990s, after the collapse of Japan’s so-called “bubble economy,” Tokyo has experienced a period of economic stagnation, while the rise of other major cities in East Asia, such as Shanghai and Seoul, has increased regional competition. The triple mega-disaster of the Great Eastern Japan Earthquake on 1 March 2011 (Japan’s 3.11) followed by a deadly tsunami and a nuclear catastrophe in Fukushima have further shaken the country and the capital, triggering major reassessments of social priorities and causing many to discuss the precarity of Japanese society. Still, Tokyo remains a vibrant metropolis of 13 million people, a cultural hub in East Asia for art, fashion, technology, and cuisine. City residents have comparatively very high levels of education and per capita income, and over 11% of the city’s population is employed in the creative industries. As the future host of the upcoming 2020 Olympic and Paralympic Games, Tokyo has redoubled its economic stimulus for cultural activities, and is poised to redefine itself for the new millennium.

City Branding/Tokyo: The name alone of Japan’s metropolis underlines its historic and political significance: Tokyo, or ‘eastern capital’. It was the capital’s post-war reconstruction which was to usher in the hyper-modernity which we all associate with Tokyo. Within Japan however, such modernity is often seen as a byword for inauthenticity or assimilation of the west. The Tokyo city brand is one of the world’s most embedded yet least studied. (Official Website for the Tokyo 2020 Olympics)