These drawings are inspired by the lived experiences of psychiatric survivors of color who volunteered to share their stories with the author. 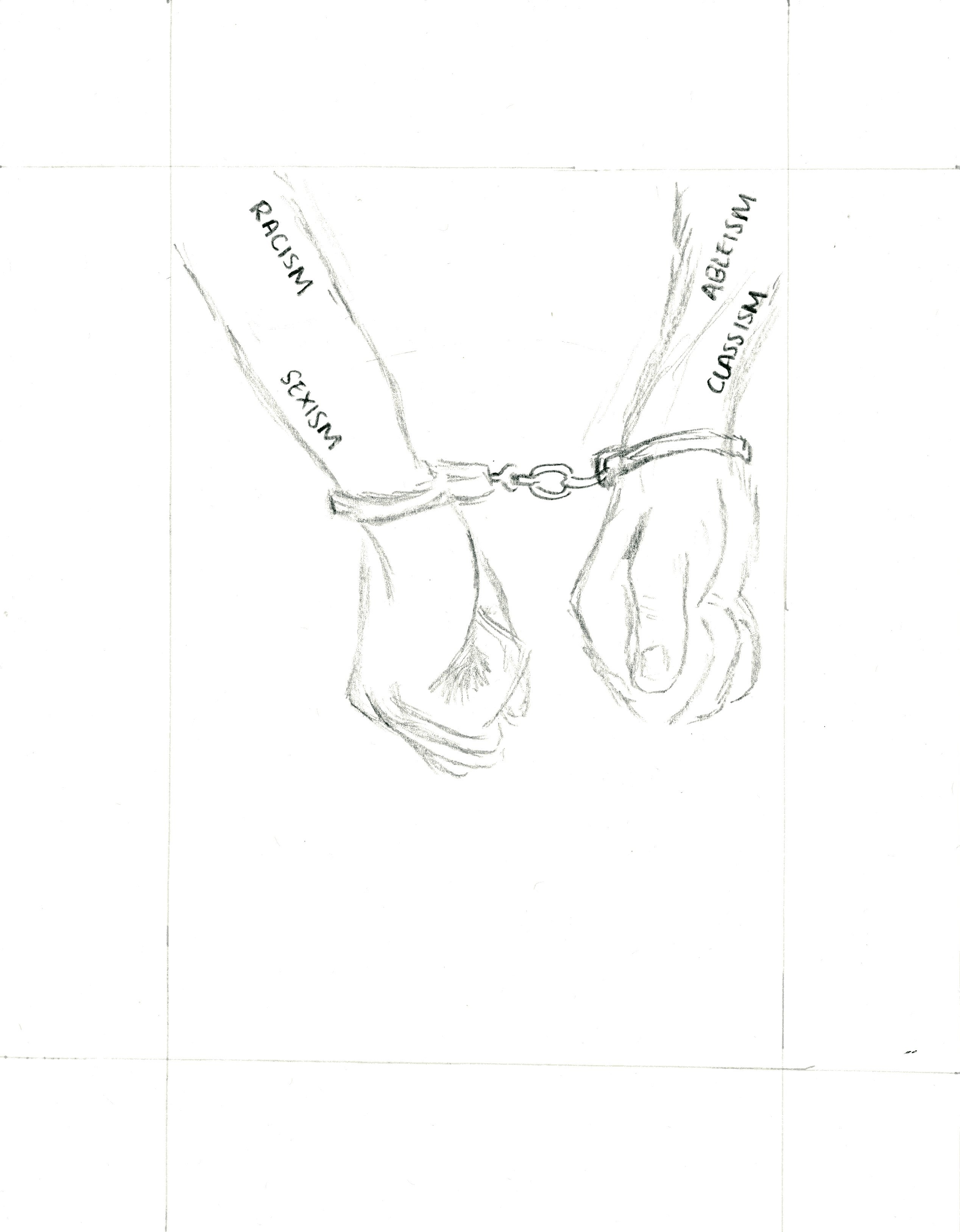 Image description: Black and white illustration of a figure in handcuffs. The figure’s hands are clenched and behind them. Across the figure’s left arm are the words “racism” and “sexism” in capital letters. Along the figure’s right arm, the words “ableism” and “classism.” 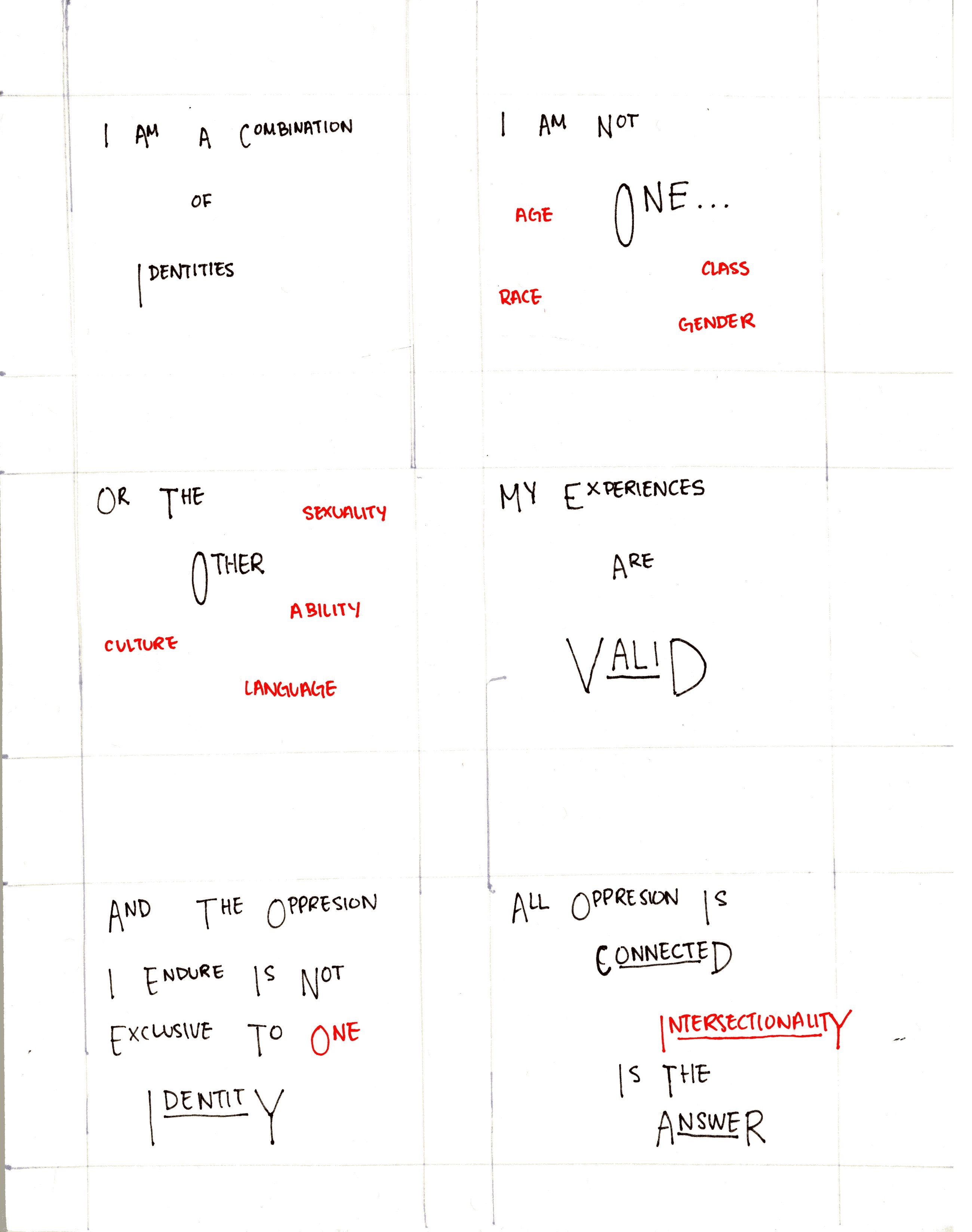 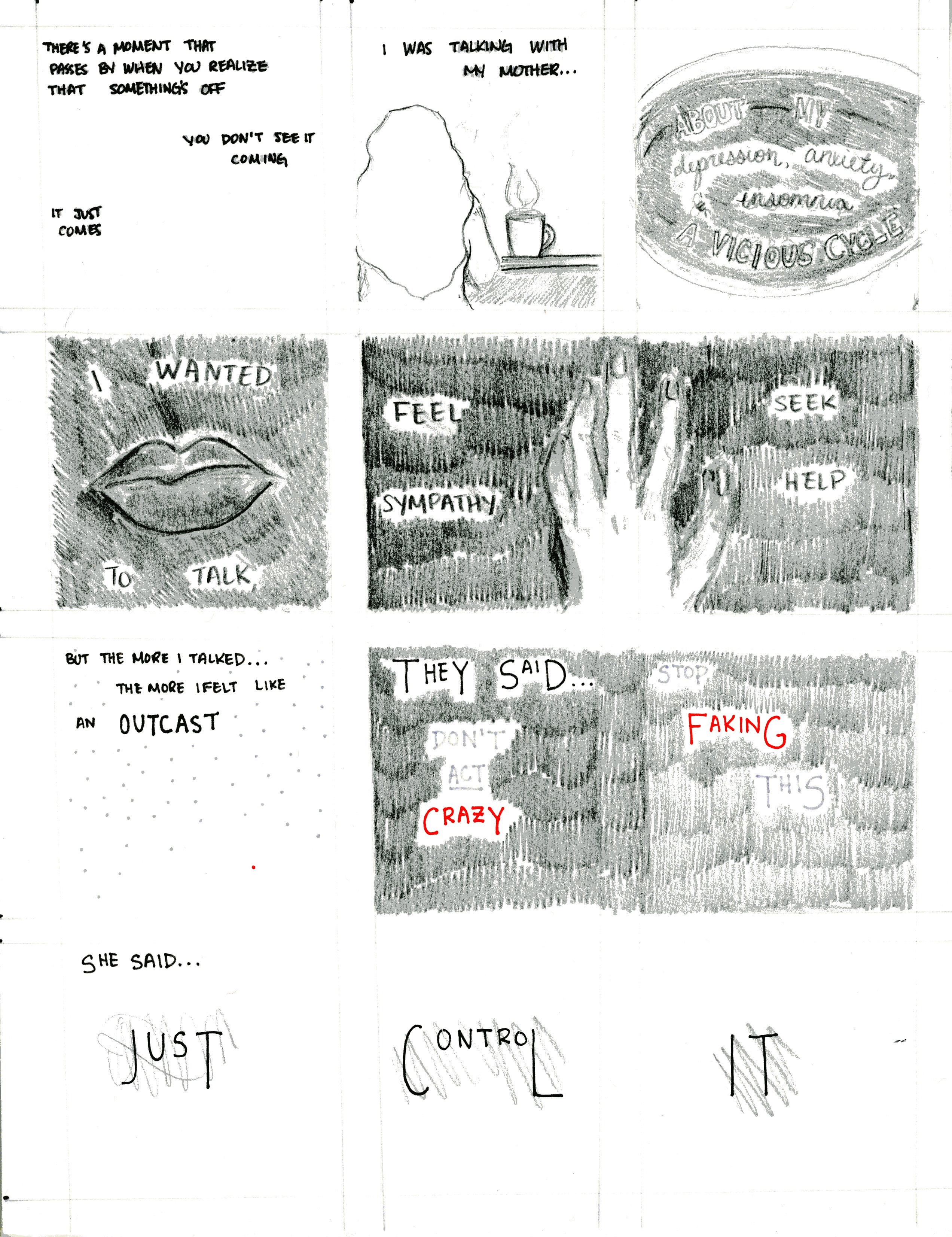 Image Description:  A comic consisting of eight frames. In the first frame is the text “There’s a moment that passes by when you realize that somethings off – You don’t see it coming – It just comes.” In the second frame is an illustration of a girl with her back turned drinking coffee from a mug and the text “I was talking with my mother…” floating above her. In the third frame, are the words “About my depression, anxiety, and insomnia – a vicious cycle” floating in her cup of coffee. In the fourth frame are a pair of lips against a dark background, surrounded by the text “I wanted to talk”. In the fifth frame is a hand reaching into the dark background with the text “Feel sympathy; Seek help.” In the sixth frame is the text “But the more I talked… The more I felt like an outcast” against a background of a red dot in a sea of grey dots. In the seventh frame, are the words “They said… don’t act crazy; stop faking this” with the words “crazy” and “faking” in red. The last frame is filled with the scrawled text “She said… Just Control It.”