5 Ways NOT to Talk About Mental Illness 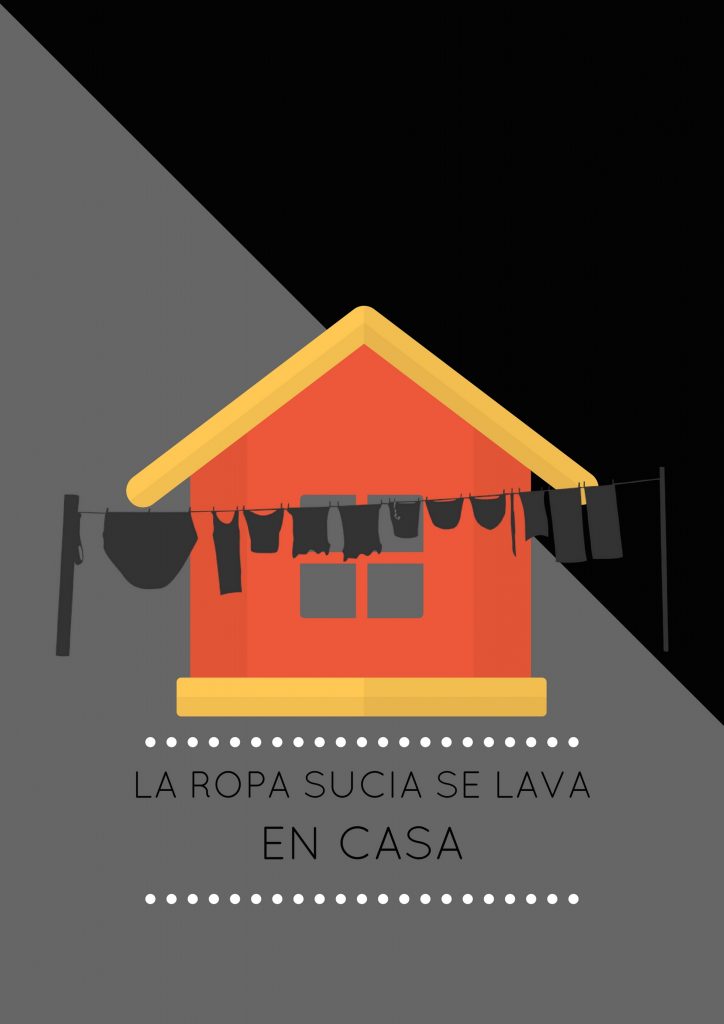 Possibly the most widely known Spanish phrase “la ropa sucia se lava en casa” directly translates to “the dirty laundry is washed at home.” Used as symbolism, this common phrase means that the “dirty laundry” or personal mental issues or feelings are “washed” or dealt with “inside the house” and therefore not in the public eye. Like the idea of machismo (strong or aggressive masculine pride), it is common within the Hispanic community to maintain a sense of strength within each individual and therefore within each family. This phrase highlights the standard practice of keeping issues within the family, internalizing them, and avoiding seeking guidance. It is phrases like these that dissuade Hispanic youth from reaching out for mental healthcare assistance, feeling as though they need to keep their issues private. Statistics like “among Hispanics with a mental disorder, fewer than one in 11 contact a mental health specialist” (American Psychiatric Association’s Office of Minority and National Affairs) are perpetuated by phrases like this one and a cultural push to avoid seeking help. 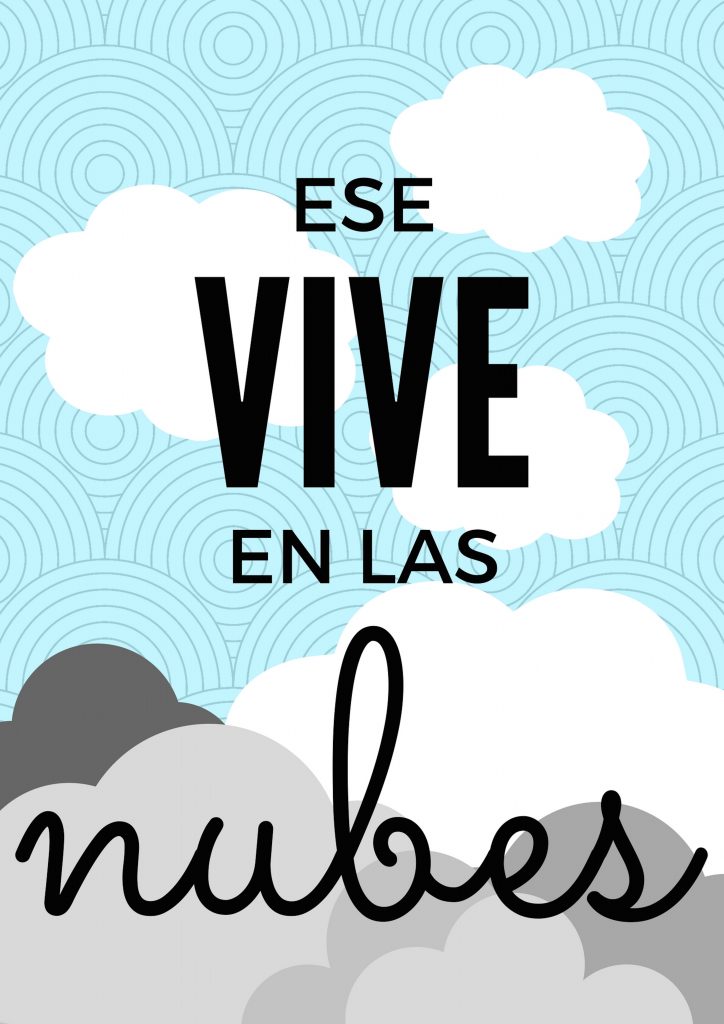 The Spanish phrase “ese vive en las nubes” directly translates to “that one lives in the clouds.” English synonyms include someone being “spaced out.” There is a continuous theme of deflection and denial of mental illness throughout the Hispanic community. In this phrase in particular, rather than accepting behaviors that could be characteristic of mental illness, most importantly those who “zone out” and close themselves off socially, there is an accusatory sense of not engaging in social interactions. Hispanic culture revolves around extremely outgoing and extroverted styles of interactions; therefore if one is unable to engage socially, they are isolated. This isolation in turn discourages the seeking of assistance in mental health issues and works against aiding the one who is suffering. Ultimately, the phrase presented in this poster highlights a habit within the Hispanic community of devaluing the symptoms of mental illness to make it seem like they aren’t true aliments that need healing. 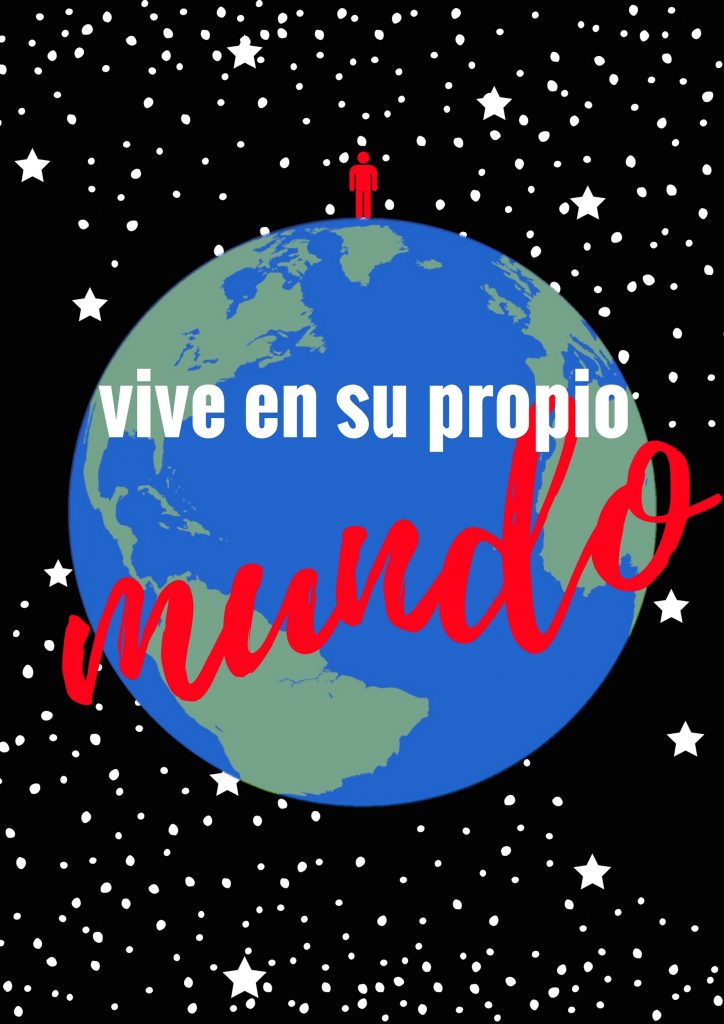 In continuing with the theme of isolating the sufferer of mental illness, the Spanish phrase “vive en su propio mundo” translates roughly to “they live in their own world.” This phrase is similar to the previously described phrase “ese vive en las nubes.” Once again, the Hispanic community has clearly defined how unacceptable it is for someone to act outside of expected norms. In families that are loud, fully extroverted, and socially driven, someone who interacts differently is immediately called out. While someone who is neurologically diverse may feel isolated to begin with, phrases like this one fully actualize the binary within the Hispanic Community: mentally ill or mentally healthy. Therefore able to interact within the family unit or not able to interact. By isolating someone who operates different mentally, there is a lack of care taken in that persons well being. A mentality arrises where, if they, the neurologically diverse person, are alone in their own mind and own world then they don’t need help. The Hispanic community has invented phrases like this one and others to avoid getting aid for the mentally ill and further maintaining the “tough” and “indestructible” community image. 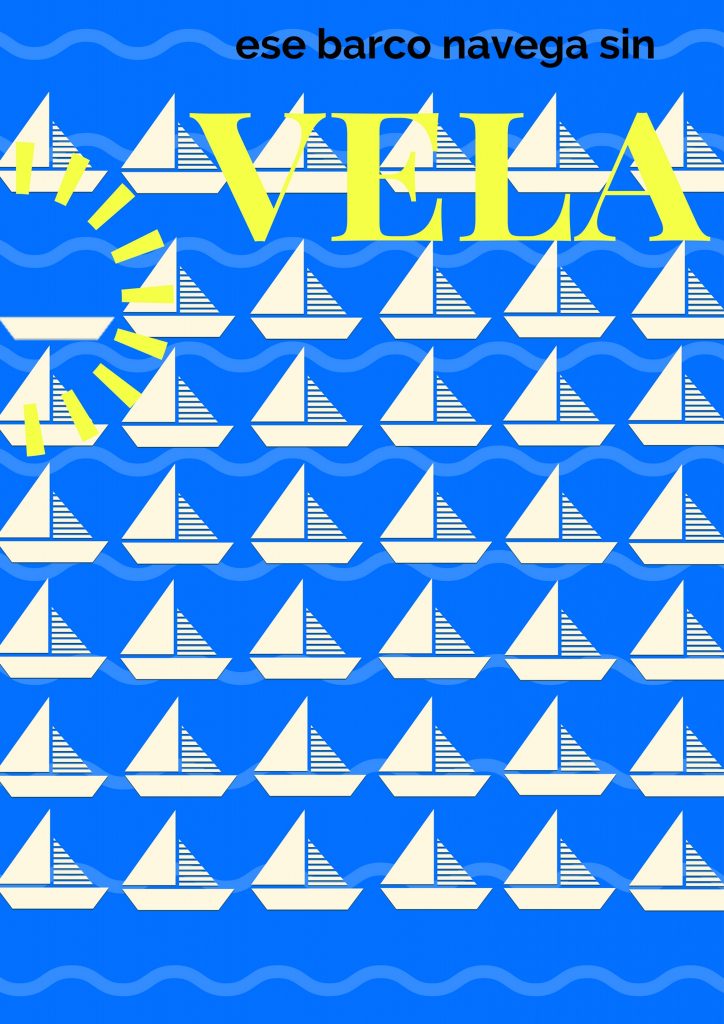 With the standard machismo Hispanic thought in mind, this phrase again perpetuates the idea of hiding and concealing ones mental illnesses. Translating from “ese barco navega sin vela” to “that ship sails without a sail” there is an obvious degradation of the sufferer of a mental illness. This phrase creates a dichotomy within mental health as understood why the majority of the Hispanic community. To understand this phrase is to accept a normal and therefore a not normal. While using an analogy can lessen the harsh implications of this phrase, it is distinctly clear that the use of this phrase indicates that those that are mentally ill are broken or missing a piece. The Neurodiversity Movement encourages the acceptance of all mental differences, yet within the Hispanic community phrases like this one hold back acceptance and progress. Once again, there is no way progress can occur when not only are those that are neurodiverse are seen as broken, but they are also casted aside and often ignored. The Hispanic community has a strong sense of pride and with that there is a repeating pattern of hiding weakness. In order to fully beat these stigmas, phrases like this one need to disappear and mental differences need to be seen not as a weakness but as simply a new, different way one processes and reacts to the world around them. 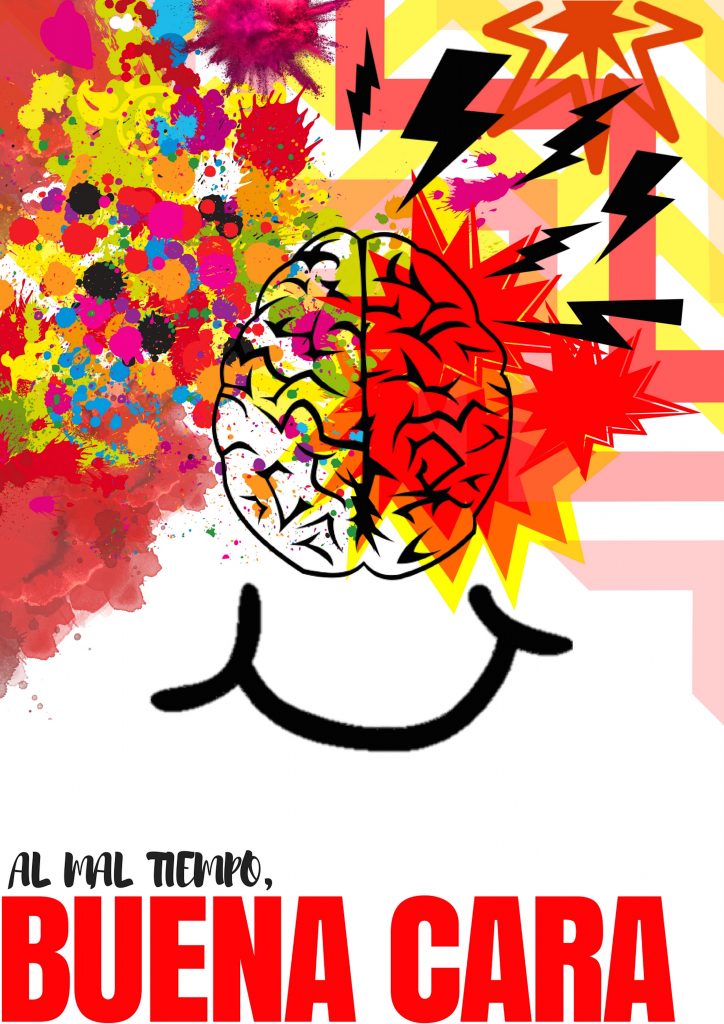 Direct translation for this phrase is “in bad times, put on a good face,” but common English equivalences include “to put on a brave face,” “keep a stiff upper lip,” and “don’t give up when times are rough.” While the English phrases do in a sense capture the essence of what the Spanish phrase is saying, the connotations between the two languages is completely different. English phrases like these indicate some sort of control and optimistic outlook, while the Spanish equivalent encourages the hiding of struggle. The effects of extreme Spanish pride is once again present. Rather than encouraging one to accept their struggles and find ways to cope and grow, phrases like this one encourage repression and without help and treatment certain mental health conditions can worse and become disabling. The stigma surrounding mental health within the Hispanic community ultimately boils down to the inability to show weakness. While encouraging the normalization of mental differences is besides the point since it in turn creates a normal and abnormal, bring mental illness and differences more into the mainstream will hopefully encourage more members of the Hispanic community to get help when dealing with these issues.

Stay on the look out for other Spanish phrases that negatively impact our community. Here is a mini dictionary of other words and phrases you should avoid:

Estar chiflado/Estar loco!: To be crazy
Loco Rematado: Raving Lunatic
Quemado: Burned/Burned out
Tostado Loco: Toasted Lunatic
Jodido: F****d up
Faltar un tornillo: To have a screw loose/To be off your rocker
Estar ido: To be gone/Out of it
Un caso perdido: A lost cause
Se me va la olla: I’m losing my head
Se quedó arriba: Stays up top (referring to only being in your head/mind)
Está más loco que una cabra: As mad as a hatter (rough translation, no direct translation exists)

About the author/creator:
Ally Perez was born in Miami, Florida and was raised in a Cuban-American household. Being Hispanic herself and living in Miami exposed her to many different types of Hispanic cultures and especially different opinions. While she wants to avoid making generalizations, this collection of phrases is universal amongst many distinct Hispanic communities. Perez hopes that she can use her knowledge and experience growing up between two worlds to bring attention to a growing issue within Hispanic youth in America.