6 days after I returned from NYC I boarded a plane to Buenos Aires, Argentina, hardly pausing to register the fact that I was going to embark on a new adventure and immerse myself in a new culture. I had hardly gotten used to the fast-pace of New York before I had to leave, so I was a bit nervous about adjusting to a city in which I didn´t know the language or the customs.

I have to admit, since arriving in Buenos Aires I have been more focused on learning the language than worrying about systemic oppression. Although I´m still getting to know my host family, I have made it clear that I did NOT vote for Trump, which was a priority for sure. They seemed relieved. As I continue to take my classes, meet local students, and learn about the culture and Buenos Aires, I will be curious to see how social and economic relations work within this huge city.

I can’t believe that it is almost time to say goodbye to all of my Moxies, New York, and Sanctuary for Families. The summer has absolutely flown by, just as I was starting to get used to the constant noise that can be heard from my 12th floor apartment, the phrase “on line” instead of “in line,” and the non-stop references to Manhattan as “the” city (as if there were no other cities of importance).

My time with the Moxies has reaffirmed that it is not easy to talk about race, gender, sexuality, or any aspects of systematic oppression. I think it will always be hard. But, the act of practicing these dialogues can go a long way in allowing yourself to try to sort through issues that you might otherwise suppress in your mind. Moxie will give you the vocabulary, space, and time to do so. Although at times I just wanted to talk about what I had for breakfast rather than the prison industrial complex, I appreciated the way in which this program pushed me to be more comfortable discussing – and pushing back against – unfamiliar or difficult subjects. For me, the most frustrating part of the program was not this initial discomfort, but rather the absence of solutions. At times, this absence made me feel that maybe no solutions existed, and I had to encourage myself to see past the initial pessimism. I think what I’ll miss the most is the common language that the Moxies all speak. When attempting to explain to my family and friends the difference between solidarity and charity, I realized that these conversations are so hard to have outside of Moxie because people are coming at these different issues from such different backgrounds, level of exposure, experiences, etc without the same base. It can often be daunting to even graze the surface of deeper conversation, but I’m excited to see how I’ll apply what I’ve learned this summer to the rest of my time at Duke.

One of my biggest fears growing up was being told that I “threw like a girl,” following behind serial killers and spiders of course. I prided myself on being an athlete, so being deemed as girl-like seemed like one of the worst insults. It wasn’t until I grew up a little that I realized throwing like a girl, hitting like a girl, etc. was pretty damn awesome and something of which I should be proud. I didn’t want anyone to succeed in bringing me down by using my gender as an insult. Despite this attempt to eliminate the negative association with doing things like a girl, I still saw that most of my girl friends threw a ball in a way that looked a lot different than the way my guy friends threw.

After reading Iris Marion Young’s essay “Throwing Like a Girl” this week, I felt like someone actually explained how I felt about female participation in sport and my own experiences with sports. The author argues that women, generally speaking, do not put their whole body in motion when going about physical tasks. Women are not taught at a young age how to throw, as boys are, and instead they are taught that their bodies are fragile and incapable of many physical functions. Women then become more hesitant because they lack confidence in their bodies’ abilities, which then shows in the physical attempts that they do make. Additionally, women often feel that their bodies are objects of the male gaze, objectified, and judged, leading them to feel that they are confined physically. To open her body in free action and bold outward direction is for a woman to invite objectification.

As an athlete throughout high school, I was very aware of the fact that while I was supposed to be tough and aggressive on the field or on the court, I also ran the risk of appearing masculine and therefore undesirable to my male peers. I often became more hesitant in my motion, feeling self-conscious about the way I moved and looked. As you can imagine, and as Young explains, when I became more hesitant, I probably then looked more “like a girl.” It seems illogical that people blame women’s throwing and other athletic motions on biology rather than the way in which girls are socialized to not learn or practice throwing as children, stay quiet, avoid being bold, and appeal to men. If “throwing like a girl” means navigating all of these restrictions while trying to stay sane, then I’d like to see you try throwing like a girl.

I assumed Regina George and crew are most likely going to a mall that features stores like Forever 21, Urban Outfitters, H&M, you name it. If this is the case, I would’ve gladly hopped in the car, despite the whole name-calling thing.

After this week’s readings and seminar at the National Domestic Workers Alliance, it’s hard to reconcile my shopping habits with the knowledge that almost all of the stores I shop at outsource their labor. Women all over the world are working terrible hours, living in unhealthy environments, and sacrificing their lives and autonomy to make the clothes that I buy. The products that these women are producing are most often consumed by other women. In other words, women are oppressing other women. Many of us felt that we wanted to change the way in which we were consumers, but weren’t sure how to do so. The aforementioned stores are cheap and easily accessible, perfect for our age and stage right now. Do we ditch Forever 21 and H&M forever?

Honestly, I don’t really have an answer. As much as I would want to be able to go to co-ops to buy my food and clothing, I’m not sure how realistic that would be. And clothing stores that do not outsource their labor tend to be much more expensive than those that do. I wish I had a magic wand to resolve this issue, but I’m hoping that educating myself is the first step to figuring out how to live a more conscious and thoughtful lifestyle. Stay tuned.

I have to admit, I started Saturday morning with a pretty sad attitude as I sat in the rain in Central Park, waiting for Shakespeare in the Park tickets, curled up in as tight a ball as ever. Luckily the sun came out, and after a short dance party we all were in much better moods.

As part of our seminar, the group began to discuss one of our assigned texts for the week: “To Render Ourselves Visible: Women of Color Organizing & Hurricane Katrina” written by Alisa Bierria and Mayaba Liebenthal (2007). This essay criticized the work of several organizations that came to New Orleans to help after Katrina. As the authors explain, many non-local organizations tended to address surface level issues present as a result of Hurricane Katrina (for example, domestic violence), but failed to address the poverty that was present before and continued after the hurricane. Poverty, they argue, plays a major role in the intensification of gender violence that occurs in the wake of natural disasters. As Bierra and Liebenthal explain, “cramped living conditions (families housed in small travel trailers, or in overcrowded homes and shelters) and high stress situations increase the prevalence of domestic violence” (Bierra and Liebenthal, 2007). By failing to address the underlying poverty at play, organizations are positioned to make little significant change, if not do harm themselves. 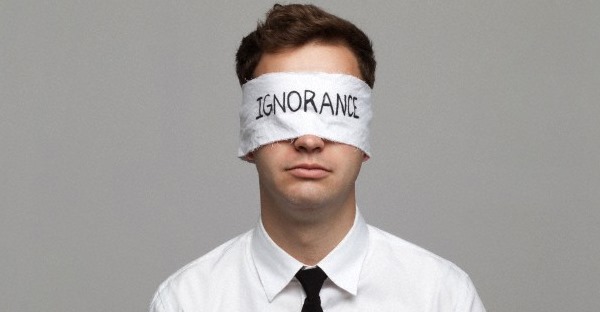 Reflecting on this, I began to wonder whether Sanctuary for Families (SFF) is also set up to simply put a “bandaid” on the issue of domestic violence, without addressing the issue of poverty that can lead to such violence. Upon further consideration, I realized that many of SFF’s programs may appear to solely address the aftermath of poverty (i.e. domestic violence), such as SFF’s housing, legal services, and child care programs, but these programs, in combination with SFF’s new Economic Empowerment Program (EEP), allow Sanctuary to help women already affected by violence and prevent future violence.

EEP gives women the tools to be financially and economically independent, helping  address the issue of poverty and break the cycle of violence. Not only can poverty lead to situations in which gender violence is more common, female poverty in particular can make it extremely hard for a victim to leave her abuser, who she may depend on financially. I think EEP is a very valuable program that is complimented by the other services offered at SFF.

Let’s start with the basics: I’m Gracie Meisel, and I’m a rising junior majoring in Public Policy. I live on the border or Maryland and Washington, D.C. in a town called Chevy Chase. No, it’s not named after the actor. And no, my parents aren’t politicians (which I’m pretty thankful for right now). 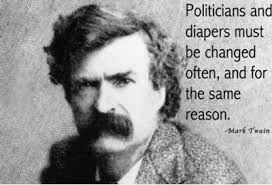 I was thrilled when I was accepted into the Moxie program because how else would I want to spend my summer if not fighting sexism and all other “isms” that intersect? Besides of course sitting on my butt watching TV, sitting by the pool, and sleeping until noon…Kidding, kidding, kidding. But in all seriousness, I am honored to have the opportunity to work for Sanctuary for Families this summer. At Duke, I spend a lot of my time helping implement initiatives to work towards ending sexual assault on campus, and I am so interested to learn about the tactics that Sanctuary for Families implements to help prevent gender violence. I am also excited to learn about the ways in which non-profits function: their strengths, what their inefficiencies are, etc.

I am a little nervous about the whole food situation living on my own though. You mean to tell me there are no food points? No flex? No monopoly money? Guess I’ll have to learn how to boil water…again, kidding! I know how to boil water. No promises that the food coming from the boiling water will be edible though.

I can’t wait to get to know the other Moxies and start my summer in NYC in just a few weeks.