Politics shapes policy, and policy enables or restricts economic development. In an industry as ubiquitous as apparel, many different sides have a vested interest in economic policy. Of all parties involved, lobby groups, workers parties, and NGOs have proven to be the greatest drivers behind political change.

In the apparel industry, retailers tend to have the most to win or lose when it comes to political change; governmental policy directly affects their abilities to import from low-wage countries and in turn their bottom line. To reduce costs and drive revenue streams, these retailers often form lobbying groups, which primarily target the policy decisions of importing countries. While exact figures vary by country, textile lobbyists in America have spent upwards of a combined $20 million per year to drive favorable economic conditions (Statista, 2016). In particular, American textile manufacturers have lobbied heavily for the Trans Pacific Partnership (TPP). Nike’s lobbying group alone spent $1.1 million to persuade lawmakers to push the agreement through. The partnership (which has since been suspended by the Trump Administration) would significantly reduce tariffs on textiles exported from many developing nations, including the likes of Vietnam and Bangladesh (Abnett, 2015). 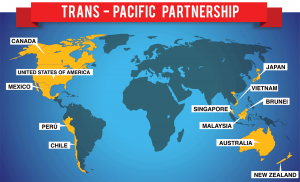 Lobbying efforts are used as a means to reduce long-term costs for the lead retailing firms. When successful, lobbying efforts can encourage developing countries to push forward with their current working standards, which offer cheap products at the expense of poor working conditions. Workers parties and unions strive to fight worker exploitation, bringing about political change that strikes a balance between safe working conditions and cheap exports. Typically, though, these groups have limited influence, and tragically they only have real bargaining power in the wake of catastrophic events that highlight worker mistreatment. 2013’s Rana Plaza incident is a prime example of such an event. In this catastrophe 1,135 workers at the Rana Plaza garment factory in Bangladesh were killed when an 8 story building – one that had a history of safety violations – collapsed. In response, the 18 Party Alliance – a leftist workers party in Bangladesh – pushed for political reforms that would increase wages and improve safety conditions for apparel workers. These calls were heard by the government of Bangladesh, who also eventually prosecuted and charged the building’s owners with gross negligence and murder (Reuters, 2016). Further, the government pushed for and passed the Accord on Fire and Building Safety in order to prevent further incidents such as these in the future (Lopez, 2014) 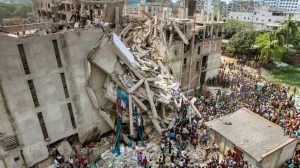 The 18 Party Alliance had called for change prior to the tragedy at Rana Plaza, however their calls were ignored (Yardley, 2013). The economic environment in Bangladesh is largely to blame; with so many people willing to work for low wages, workers who boycott are easily replaced. It was not until the event garnered worldwide attention that the party had any sway. As such, it is often up to NGO’s to fight on behalf of employees in developing countries to draw attention to poor working conditions. These organizations are hard at work throughout Southeast Asian countries, including the likes of Vietnam, Cambodia, and China. Further, NGO boycotting in Bangladesh has the potential to bring about continued reform. NGO’s including the likes of the Ethical Trading Initiative (ETI) and the Sustainable Apparel Coalition (SAC) have declared their intentions to boycott the 2017 Dhaka Apparel Summit – Bangladesh’s largest apparel conference – on the grounds of worker mistreatment. In doing so, these NGOs have swayed lead firms (including H&M, Zara, and Gap) to boycott as well so they can avoid public relations hits. Considering 80% of the country’s exports are clothing, it’s likely Bangladesh will soon respond to the pressures (MacCarthy, 2017).