1986: MFA renewed by GATT for a third time, this time extending product coverage.

2001: Everything But Arms (EBA) Initiative developed

2009: China emerges as the clear winner from the ATC and recessionary conditions 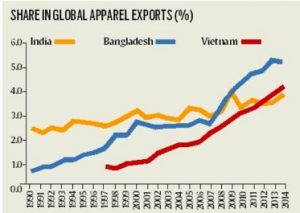