Andrew Hawkey, PhD, a postdoctoral scholar working on component 2 of the CIPHERS project is part of a recently published study on THC exposure in rats and the neurobehavioral effects on offspring. Here's he discusses the study and the future research plans.

The CIPHERS project studies the epigenetic effects of marijuana in both humans and rodents. Why are rodents an ideal model to study epigenetics?

Rodents are mammals, like us, and the genes that shape their growth and health tend to be the same or equivalent to our own, in important ways. Rodents also share important epigenetic processes with humans that guide when and how those genes are used. So, we can discover epigenetic and health effects of drug use in rodents and use those findings to make predictions about similar effects in humans.

The CIPHERS pilot study found that chronic preconception exposure of male rats to THC alters the sperm epigenome. What have you learned so far about the heritability of these epigenetic changes in rodents?

In our recent studies, we found epigenetic changes in the offspring of male rats exposed to THC, supporting that when the sperm epigenome is altered by THC exposure, at least some of those changes are heritable. This was an important factor to measure, because many of our parent's epigenetic “fingerprints” are reprogrammed after fertilization, so there was no knowledge about which, if any, of the THC-related changes would be inherited.

What did you learn about the health and behavior of offspring born to fathers who were exposed to THC?

Overall, THC doesn’t appear to affect the reproductive success of the father, or the size, number and growth of his offspring. Instead, we did see a few specific behavioral effects in the offspring of exposed male rats. Some behavioral functions, like anxiety and memory, were unaffected, while others, like attention and activity, were impaired.

Did any of these findings surprise you?

I was a little surprised by the findings from the first rat behavioral study. In this, the exposure duration was fairly short, covering only 12 days before conception. The life cycle of rat sperm is much longer, covering 56 days, and it was not initially clear whether the maturity of the sperm would affect its sensitivity to THC. However, even in this fairly specific and shortened window of exposure, THC led to heritable epigenetic and behavioral effects.

Rats born to fathers who were exposed to THC showed impaired attention and increased activity in our study. Could this finding translate into impacts similar to ADHD in children? What additional science would you like to see to explore possible connections between paternal preconception THC use and ADHD in children?

Our findings certainly suggest that behavioral health is an area of risk for paternal cannabis use. Given our findings so far, ADHD is a good place to start. That being said, issues like activity changes and inattention can show up as a symptom of several common developmental disorders which may be equally important to study. To make the case more compelling, I would like to see studies identifying epigenetic effects on genes associated with ADHD risk (similar studies are underway with autism candidate genes within the CIPHERS project), as well as studies on neural circuits that function differently in ADHD brains. I would also like to see more epidemiological work looking at outcomes like ADHD in children with paternal, maternal or two-parent exposure to marijuana.

We know a lot about what women should and should not consume when they’re pregnant or thinking about becoming pregnant, but we know less about what might impact men’s reproductive health and any future children. Based on your research, what other exposures besides THC might affect men’s preconception health?

This is a small, but growing area of research and as time goes on, we will know much more about these risks. Within our research group, we have been particularly interested in the risks from tobacco and marijuana-based products, and both have clear risks for future fathers. Studies elsewhere have suggested risks for other drugs of abuse, including alcohol, opiates and psychostimulants. With regard to pharmaceutical medications, a number of drugs have already been examined for their effects on male reproductive and offspring health, although many still need to be tested.

Do you have plans to follow up on this study? If so, what questions are you hoping to answer?

Indeed, we do. A couple of follow-up studies are underway or are being prepped for publication. As I mentioned earlier, in our recently published study, we exposed rats to THC during a short window of the sperm cycle, and the first follow-up will expand the exposure to 30 days, or a little over half the cycle. Through this, we are looking to see whether exposures across a wider span of sperm development produce the same deficits as late-stage exposures, or whether the effects will be more severe. Following that, we will test the epigenetic and behavioral effects of paternal exposure to marijuana smoke, a mixture which contains THC and thousands of other chemicals. This will help us to figure out whether marijuana’s risk is primarily based on its THC content, or whether there are other important chemicals in the smoke that we need to study. 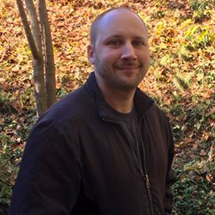