This is the second of a two-part blog on epigenetics and the CIPHERS project. Read part 1 here.

In 2003, Duke researchers Robert Waterland and Randy Jirtle published a groundbreaking study on changes in gene expression of “agouti viable yellow” (Avy) mice. These mice are named for a specific repetitive chromosome segment called IAP located before, or “upstream” of the agouti gene. Normal mice have a brownish coat color, but those with IAP (known as agouti mice) have yellow fur, tend to be obese, and are more prone to cancer and diabetes.

The study showed a clear relationship between diet, DNA methylation, and ultimately, a change in phenotype and health of offspring, all without a change in the underlying genes. This work helped to establish the field of environmental epigenetics and paved the way for further research.

Are epigenetic changes heritable across generations?

The agouti research by Waterland and Jirtle showed that parental exposures can alter the offspring epigenome, but the question remained of whether these changes could be passed on to future generations.

To help answer this question, Swedish researcher Lars Olov Bygren analyzed detailed church records of a population in Överkalix, Sweden, a town located in the Arctic Circle. In the 19th century, Överkalix was home to a small, isolated community of subsistence farmers that went through periods of famine and bounty, depending on how weather and other factors impacted their agricultural harvest.

Bygren found that adolescents who grew up during famines tended to have children and grandchildren that lived markedly longer lives—sometimes as many as 30 years longer than their counterparts! Conversely, the descendants of those who grew up during bountiful harvests lived significantly shorter lives due to higher rates of cardiovascular disease and diabetes. The study suggests that epigenetic changes, mediated by environmental factors, that happen during critical periods of development, can lead to lasting biological changes in future generations.

How are epigenetic marks affected by cannabis consumption?

Researchers are still trying to understand the complex interplay between the environment, epigenetics, and human health. Fathers' exposures, as well as mothers', can impact their children's epigenomes. The CIPHERS project is evaluating paternal cannabis exposure, prior to conception, and what those exposures might mean for children or offspring. To do so, we are evaluating changes in the sperm epigenome from men that use cannabis, and those of rats exposed to THC or cannabis smoke extract.

More states and countries have legalized, or are considering legalization of cannabis, for recreational use. As legal use of cannabis expands, it is important to consider the potential public health implications of more widespread use. Our team is contributing to this discussion by conducting groundbreaking research and informing various stakeholders about both the potential epigenetic consequences and known health impacts of cannabis use for parents and their children.

Want to learn more about epigenetics? Check out these great resources! 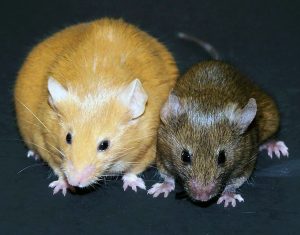