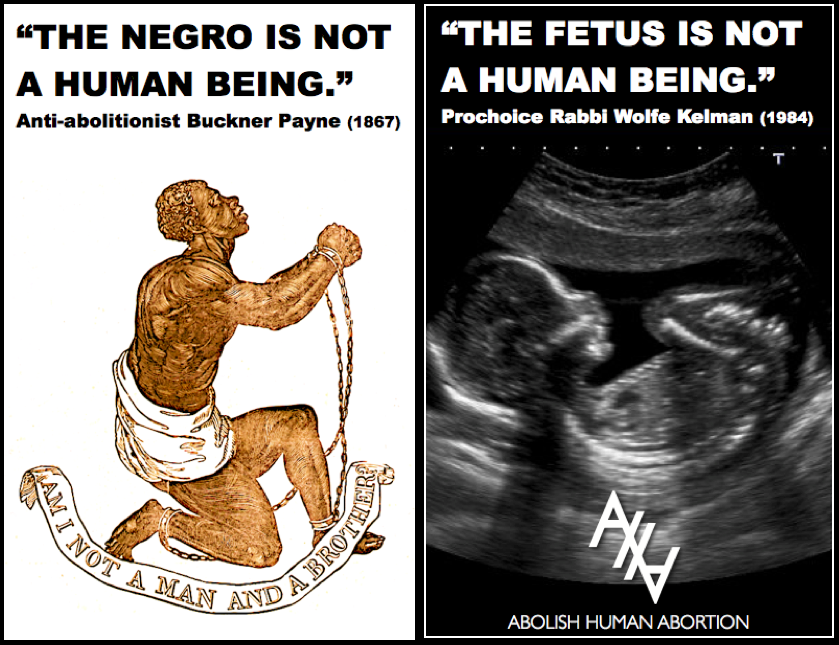 An example of a poster used by anti-choice protesters

Two Saturdays ago, I returned to Choices at a painfully early hour to escort patients past protesters and into the clinic. Saturdays are one of the busiest days at Choices, as many women are working or unable to arrange for childcare during the week. Patients come for a number of services, from an annual Pap test to a medical or surgical abortion. And as the patients arrive early on a Saturday morning, so do the protesters–though “protest” seems too gentle of a word to describe the vile and violent actions of these fervently anti-choice individuals. They held up graphic posters of bloody, supposedly aborted fetuses, distributed medically inaccurate pamphlets, and ranted about the baby killing and racial genocide that they claimed was happening behind the clinic’s doors. I spent the morning escorting patients and their partners, companions, and even sometimes children past this angry crowd and into the clinic doors, attempting to minimize contact between patient and protester and generally de-escalate an intense situation.

Because I have had little contact with people whose views on abortion differ drastically from my own, at least outwardly, it was important for me to come face to face with people who actively and vehemently oppose abortion. It also reminded me that the stakes are incredibly high. I had to be careful about using names, or wearing any clothing that would allow me to be identified, as these protestors are connected ideologically–if not personally–with individuals who are willing to commit violent atrocities to scare patients, volunteers, lawmakers, and providers away from abortion. Even after women have surmounted all of the barriers to even arriving at an abortion clinic, they are met with violent harassment outside the door. These people are willing to lie, coerce, physically block, or perhaps even become violent in order to prevent women from holding autonomy over their bodies. I left Jamaica that morning with an increased sense of urgency in my commitment to reproductive justice.

Today, a historic step was taken to prevent these protestors from infringing upon reproductive rights. Standing on a police-barricaded street in front of Choices’ back door, New York Attorney General Eric T. Schneiderman announced a federal lawsuit against a group of 14 anti-choice protestors who repeatedly harassed and threatened patients, families, escorts, and staff at Choices. (One of these is an individual named Pat who had some particularly peculiar things to say on the morning that I escorted, lamenting my indoctrination in Communism and asking how many times I had sinned by “fornicating.”) The motion seeks to establish a sixteen-foot buffer zone around the Choices premises, which would require protestors to remain on the other side of the street and could set an important precedent for such legal protection of abortion clinics around the country. This lawsuit has been more than five years in the making, and includes a lengthy list of alleged illegal conduct by the protesters, which you can read more of here.

I feel privileged to have witnessed such an important moment in reproductive justice legislation and immense pride for the bravery and commitment of the staff that I work with every day. Though it is only the beginning of a long road of legal proceedings, I am cautiously optimistic. And as someone looking to approach issues of gender equity and reproductive justice from the legal front, I hope to follow in the footsteps of these impressive lawyers and advocates. As Merle Hoffman proclaimed this morning, this injustice must stop.

2 thoughts on “Take that, Pat”