Fourth-graders at St. Egbert Catholic School are finishing up the DUML Community Science Initiative’s first year-long program on marine debris. Throughout the school year, these students have participated in various activities, incorporating math, art, literature, civics, science, and technology lesson plans into the curriculum in order to explain the detrimental effects litter and plastic use have on the marine environment.

One of the biggest events of the year was a beach cleanup at Bird Shoal Island. Mr. Foster’s class met at the Duke Marine Lab and rode over in one of the university’s vessels. When they got to the island, it was time for them to scour the beach for as much trash and plastic as could be found, and they did not disappoint! The haul tipped the scales at a whopping 281 pounds. After the fourth-graders finished up collecting as much as they could bring back with them, they cleaned the plastic and trash with vinegar and washed it with soap and water. 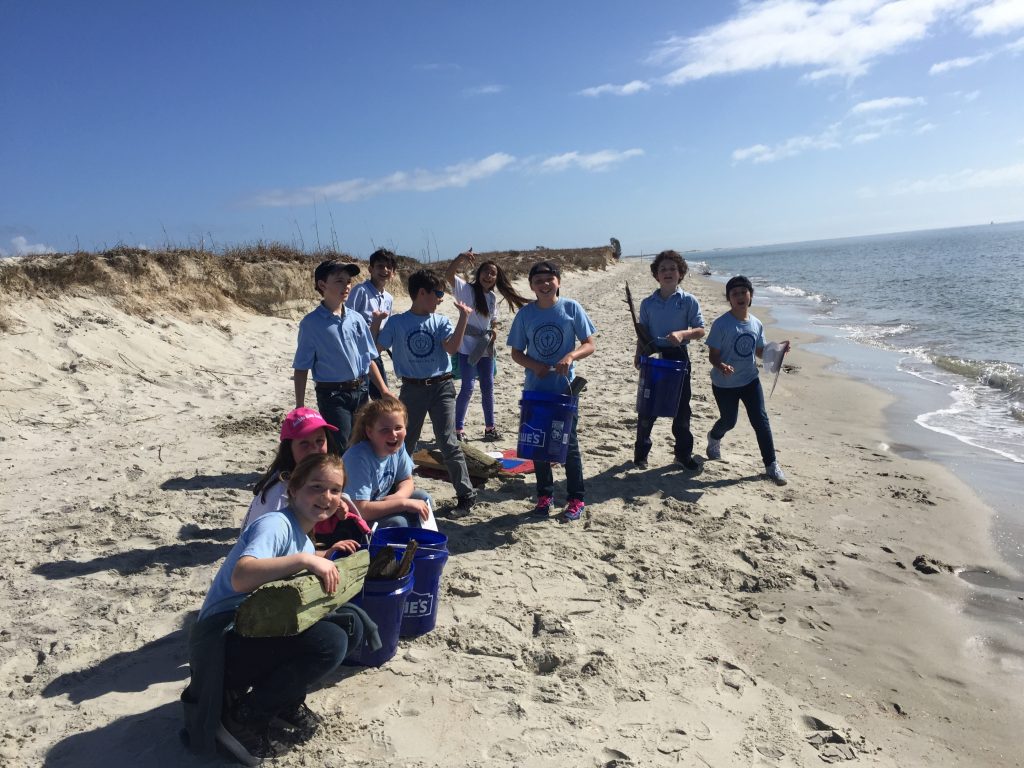 Next, the students came up with a plan for how to put it all together into a piece of art that would teach the community about everything they had learned. They voted and decided to create a bottlenose dolphin, a whale, and a shark to be placed on a triangular orange warning sign that they found. When asked what they wanted their artwork to show, one fourth-grader responded,

“I think it shows people that you can recycle your trash and use it for other reasons.”

“We wanted to show them that we can take care of our environment” and “how much trash that we collected in just a couple hours.” 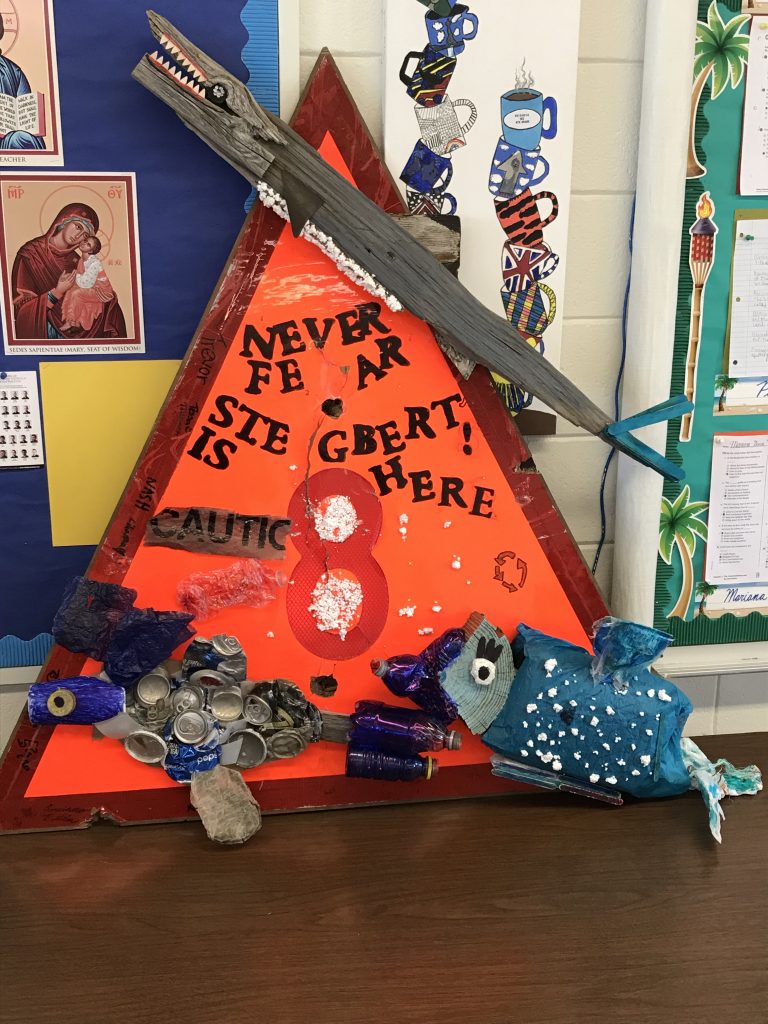 Well you all have a chance to see firsthand how much trash one class picked up in just an hour, cleaned, and turned into art. This summer, check out St. Egbert’s marine debris sculpture (along with art from other participating schools) showcased in the North Carolina Maritime Museum in downtown Beaufort!

After going through this year-long program, the students were asked what they had learned. One student said,

“I learned that we should pick up the beach and trash not only to help the environment but to help the animals and people who want to enjoy it.”

Another explained the dynamics of how long it takes for different items to breakdown naturally:

“An apple core can take 3 months and a diaper can take 450 years. Glass breaks down, but it never fully degrades.”

Word cloud created from the words used in evaluations with the fourth graders at St. Egbert regarding the year-long program

The fourth-graders took what they have learned throughout the marine debris program and decided to make changes to their own lives in order to protect the ocean, prevent the negative effects humans have on it, and inspire others to do the same. Students have taken vows to recycle what they can, compost biodegradable items, pick up litter, and use paper products rather than plastic. In addition to all of these adjustments made to their everyday lives, they have been proactive in urging their friends and families to do the same.

Check out some essays students wrote about their beach cleanup field trip: