What draws people to religion and spirituality? 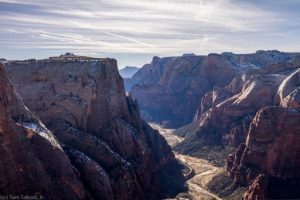 Listen here:  Interview with The Pew Charitable Trusts, After the Fact: Rising Spirituality in America.   March 7, 2018.

As for many other questions, psychology started answering this one with a negativity bias. Beliefs in a higher power and larger purpose to life are mostly seen as a compensatory mechanism to overcome fear and uncertainty. For example, religious beliefs have been shown to increase after socioeconomic distress, the death of a loved one, or in times of sickness. However, is adversity the only affective path to religion? My research challenges this assumption and hypothesized that positive experiences are another path toward religious and spiritual beliefs. Specifically, I study positive emotions that transcend typical notions of selfhood, such as awe, elevation, gratitude, and admiration. These self-transcendent positive emotions (STPE) share the appraisal of seeing something or someone greater or better than the self. They shut down self-concerns and make us want to become better people.

Across two studies, when feeling admiration or elevation, participants reported that their life was more meaningful and that they found people and the world to be more benevolent than participants who felt other positive feelings or no emotion. In turn, these feelings increased participants’ level of spirituality on well-established scales (Van Cappellen, Saroglou, Iweins, Piovesana, & Fredrickson, 2013).

These results provide the first evidence that belief in a higher power can be the result of a positive self-transcendent process: from positive emotions of awe, elevation, and admiration through a sense of meaning in life and benevolence. In addition, it suggests that some positive emotions have a better capacity of pushing someone to see beyond their self- boundaries to consider the larger scheme of things. Finally, it reveals a new and positive means for people to find meaning in their life and therefore to be helped in times when the search for meaning is a central concern. 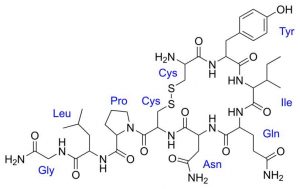 In addition to the emotional processes just described, biological processes are also likely to undergird spiritual beliefs. In Van Cappellen, Way, Isgett, and Fredrickson (2016), I focused on the oxytocin system, which is implicated in social bonding processes, and therefore might be involved when people feel a sense of connection and closeness to a higher power. In a randomized placebo-controlled study, we found that the administration of oxytocin increased self-reported spirituality. Interestingly, oxytocin increased not only self-reports of connectedness but also a sense of meaning and purpose in life. Furthermore, in exploratory analyses, participants were also genotyped for polymorphisms in two genes critical for oxytocin signaling, the oxytocin receptor gene (OXTR rs53576) and CD38 (rs6449182 and rs3796863). We found that the effect of oxytocin on spirituality was moderated by oxytocin-related genotypes, further implicating the oxytocin system in feelings of connection to a higher power.

Interview with Sarah Mahoney for Life Reimagined: Why you need more awe and wonder.     What new findings about religion and spirituality mean for all of us. February 20, 2015.

Read more about our research in awe featured in:

The Atlantic: Awesomeness is Everything. January/February, 2017.

And more featured across the globe:

More about Religion and Positive Psychology: 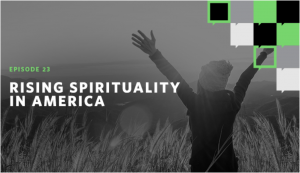