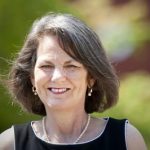 Leslie J. Winner is a lawyer with a 43-year career of public service in North Carolina. She currently works with non-profit organizations on strategic planning and on issues related to justice, public education and bridging divides. Previously, she served as Executive Director of the Z. Smith Reynolds Foundation, as Vice President and General Counsel of the University of North Carolina, and as a member of the NC Senate.

Winner is engaged in many civic leadership roles, serving as the co-chair of the NC Leadership Forum, an effort to increase bi-partisan dialogue and cooperation; as co-chair of the board of the NC Justice Center and vice-chair of the board of MDC, organizations that work promote equity and reduce poverty in NC and the US South; as President-elect of  Durham’s Beth El Congregation; and as a member of the Governor’s Commission for a Sound Basic Education (“the Leandro Commission.).

Winner worked for 16 years as a public interest trial lawyer. As a partner at Chambers, Ferguson, Watt, Wallas, Adkins & Gresham, P.A. she served as lead attorney on cases involving voting rights and other civil rights issues. Winner also has served for three years as General Counsel of the Charlotte-Mecklenburg Board of Education.

She has received the NC Justice Center’s “Lifetime Champion of Justice” award, the Elon University School of Law’s “Leadership in the Law” award, and NC Foundation for Public School Children’s “Champion of Children” award, and has been inducted into the Order of the Long Leaf Pine.

Winner received an A.B. from Brown University and a J.D. from Northeastern University School of Law. She is a native of Asheville, NC.