Pride and Prejudice, The Masqueraders, The Flame and the Flower. What do these three romance novels have in common? Besides being graced by witty, talkative heroines, they are all set in the United Kingdom and/or the United States, and centered around the lives of white, English-speaking characters. While it seems only natural that stories written in English be centered around the English-speaking world, in today’s global age, the representation of cultures outside of the immediately available settings of the United States and the United Kingdom becomes all the more imperative. From the exotic, redeeming narratives of sheikh romances to the action-packed adventure romances of Asia, multicultural romances set in ‘exotic’ locales are on the rise.

On Amazon.com, a typical search for the term “romance novel” brings up some 80,000 results. Of that large number, the top 300 results all feature white heroes and heroines, set primarily in either the United Kingdom or the United States. Notwithstanding the fact that the search does not represent, by any means, an exhaustive listing of all romance novels available for purchase today, it remains that the vast majority of romance novels are written with white, English-speaking America in mind.

A quick search for “multicultural romance novel” brings up about 1,900 results, a drastic cut from the 80,000 results with the more general term, and a telling indicator of the rarity of such romances. Even amongst these books, the top 60 results feature an interracial couple in, once again, the United Kingdom or the United States.

What, then, is the issue at hand? Why is it that although other fiction subgenres have a bevy of bestselling books set in locales other than the English-speaking countries (The Nightingale by Francis Hannah immediately comes to mind, a novel set in WWII-era France, currently on the New York Times Bestseller list for 57 weeks)., romance seems to still be dominated by Anglocentrism?

Similarly to other ‘minority romances’, romance novels set in foreign locales that feature ethnic characters face considerable hurdles in getting published. Although many such romances can be categorized under historical romance, more often than not, they are lumped together with other novels that feature ethnic characters. Then, because they are not shelved in the right section of the bookstore or library, potential romance readers are ignorant of the existence of these books, effectively making them invisible to the market. The publishers are naturally hesitant about publishing such novels, and the vicious cycle continues, making it all but impossible for these books to gain any sizeable foothold in the market.

In an interview with Jezebel, Sonali Dev, the author of the wildly successful A Bollywood Affair, states plainly: “everybody wants more readers and everybody wants to talk to readers in the language that they think readers understand” (quoted in Faircloth). For most publishers, that means that white heroes and  heroines are the safe defaults. The United States or the United Kingdom are the ideal settings for these characters. Only when a publisher decides to ‘take a risk’, so to speak, are audiences treated to a romance between non-white characters set in a locale other than the aforementioned U.K. or the U.S. And as the success of Dev’s book illustrates, the reliability of a hero or heroine may not necessarily hinge on the color of their skin, nor the place they live in. As long as the story makes the characters relatable, the novel will find a happy audience.

A factor that may contribute to this apparent Anglocentrism, however, is the fact that the majority of romance novelists are based in the United States and the United Kingdom, necessitating an Anglo-Saxon focus to the stories being written and published (Povoledo). Readers are used to ‘white’ being the categorical default. Despite the Anglocentrism of the vast majority of translated romance novels, however, Harlequin Enterprises sold more than 160 million books in 2003 through international markets. The argument, then, that multicultural romances set in foreign countries is not relatable, is thrown out the door. In fact, there exists a thriving market for romances with foreign characters and/or settings.

When discussing romance novels with foreign characters and/or settings, the sheikh romance is the reigning king of the subgenre. According to Stacy E. Holden, Associate Professor of History of Purdue University, Harlequin and Silhouette, two of the biggest and most well-known publishing houses of romance novels, have published at least eighty sheikh romance novels since 9/11 – a surprising feat when one considering the current contentious relations between the U.S. and the Middle East (Holden, 2). In the examination of the sheikh romance, however, we can see that the sheikh romances, and by extension, ‘exotic’ romances set in the Orient, cater to a specific need for English-speaking readers.

Romance authors of this subgenre “recycle common Orientalist conceits – patriarchy, despotism, and exoticism” (Holden, 9). These practices root the romances in narratives of social and cultural conflict, thus creating a natural framework for the quintessential romantic narrative of reconciliation through love. The exotic, Oriental sheikh falls in love with the independent, learned Western woman, and their eventual romance represents a reconciliation not only between two different people, but also between two very different cultures.

Sharon Kendrick, author of numerous sheikh novels in the Harlequin Presents line, insists that “the sheikh is the archetypical match-up man because he’s powerful, he has that kind of cruel side that women fantasize about and find very attractive, and he’s usually autocratic because he owns a very great, oil rich country” (quoted in Holden, 11). The sheikh represents an alpha hero who is radically different from the typical domineering CEO (as seen in Doukakis’s Apprentice by Sarah Morgan, also a part of the Harlequin Presents line), wealthy aristocrat (such as the fabulously wealthy Fitzwilliam Darcy in Pride and Prejudice), or other commonly seen romance novel tropes. By virtue of his culture, the sheikh becomes “a man born to withstand the harshness of the world” (Yates quoted in Holden, 8). The desert runs in his veins, as is commonly written in this subgenre; he may be highly-educated with Western values, but at the end of the day, he is a man of the desert, and that dichotomy of the familiar and the exotic is what is most alluring to readers and heroines alike.

After the emergence and wild popularity of The Sheikh in 1919, Orientalist romances have been steady sellers. The books often feature white heroines that get swept off to foreign lands by heroes of other races, or white hero/heroine couples that play out their romance in an entirely non-US/UK setting. 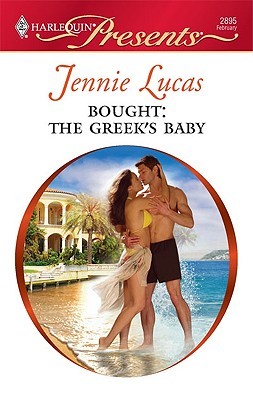 It is interesting to note that although the imprint markets its books as sweeping romances set in breathtaking international settings, the examples that the webpage gives are overwhelmingly European. Even the sheikh, the soon-to-be-westernized Arab lover, is still a ‘foreign’ hero who is overwhelmingly familiar to avid connoiseurs of the romance genre. The reader who desires books set in non-European / Arabian locales must still dig further. In contrast to the overwhelmingly modern settings of these Harlequin Presents novels, romance novels set in non-European locales seem to be concentrated in the subgenre of historical romance. Authors can rely on the distance created by time to lend the narratives a dreamlike, almost fantastic quality, thus lessening the feeling of alienation that may hold back English-speaking readers when introduced to novels set in non-English-speaking places.

Upon a close examination of NPR’s list of the 100 best romance novels, curated by votes from readers, one can see that most of the novels are, predictably, set in either the United States, or the United Kingdom. Of the minority of romances set elsewhere, Scotland seems to be an industry favorite for injecting the narrative with some exotic (but not too exotic!) flair, whether it be a time-traveling romance such as in the crowd favorite Outlander series by Diana Gabaldon, or an oft-used romance between the refined Englishwoman and the wild, unapologetically alpha male Scot in Julia Garwood’s The Bride. Historical romances set in non-European locales pop up from time to time, such as Not Quite a Husband by Sherry Thomas, set partly in India, or Jeannie Lin’s The Lotus Palace series, set in Tang China. Dev’s A Bollywood Affair and Laura Florand’s The Chocolate Kiss round out the small list with some modern romance. Many of these books have been, or are on bestseller lists, and have received fantastic reviews from readers and critics alike.

Although difficult to find at first glance, romance novels set in non-US/UK locales do exist, and are very successful, given the limited marketing and audience. They are akin to diamonds in the rough – although they may be difficult to find in the sheer volume of romance novels available, those that do exist offer refreshing alternatives to the tried-and-true stories set in the familiar, English-speaking world. Moreover, they offer glimpses into foreign locales and cultures that readers may not have been familiar with before, and, as one happy reader posted on a Goodreads page for Jeannie Lin’s Butterfly Swords, offer the “cheapest vacations ever”.