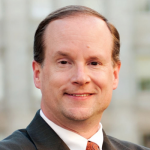 Since 1986, Hood has written a syndicated column on politics and public policy. It currently appears regularly in the Winston-Salem Journal, Greensboro News & Record, Asheville Citizen-Times, Wilmington Star-News, and newspapers in 70 other communities. Hood appears regularly on radio and television programs and is the author of eight books, including Catalyst: Jim Martin and the Rise of North Carolina Republicans. Hood writes and comments frequently for national media outlets, particularly National Review and its blog “The Corner.”

At JLF, Hood created the E.A. Morris Fellowship for Emerging Leaders, which prepares young North Carolinians for leadership roles in business, government, and nonprofits. He also serves on the faculty and as board chairman of the N.C. Institute of Political Leadership; as vice-chair of the James G. Martin Center for Academic Renewal; and on the boards of directors of the State Policy Network, the Student Free Press Association, and North Carolinians for Redistricting Reform.

Hood received his B.A. in journalism from the University of North Carolina at Chapel Hill. He earned an M.A. in liberal studies and a graduate certificate in nonprofit management from UNC-Greensboro. Hood currently serves on the UNC-Chapel Hill Board of Visitors. He is a Mecklenburg County native and currently resides in Wake County with his wife, two sons, and a stepdaughter.