The genetic history of the plague: what we learn from ancient pandemics

This conversation was led by Johannes Krause, Director of the Max Planck Institute for Evolutionary Anthropology. High throughput DNA sequencing has revolutionized the field of archaeogenetics in the past decade, providing a better understanding of human genetic history, past population dynamics and host pathogen interactions through time. Targeted DNA capture approaches have allowed reconstructing complete ancient bacterial genomes providing direct insights into the evolution and origin of some of the most infamous bacterial pathogens known to humans such as Yersinia pestis, Mycobacterium tuberculosis or Mycobacterium leprae. Here we discussed the potential of ancient pathogen genomics using Yersinia pestis as a model organism. Phylogenetic comparisons of modern and ancient Y. pestis strains spanning over 5000 years of human history from the Stone Age to modern times are discussed. They provide direct evidence for the timing and emergence of major virulence factors essential for the transmission of bacteria by fleas. We furthermore presented the oldest reconstructed genomes of Y. pestis that are fully capable of causing the bubonic form of plague from the Eastern European Bronze Age, suggesting that the emergence of this form of the disease happened more than 1000 years earlier than previously suggested. Temporal studies of pathogens might thus throw new light on the origin of human diseases and potentially allow predicting and preventing further transmissions and disseminations in the future. 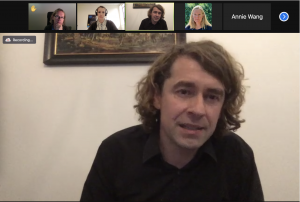