Like all other organs in the human body, the human brain is made of cells. Brain cells are called neurons, and they help the brain function by sending and receiving electrochemical signals. Neurons “talk” to each other in this electrochemical system by sending chemical messages to other neurons. These chemical messages, called neurotransmitters, are electrically processed by the neurons and the information flows down the length of the nerve fiber (called an axon), passing the message to the next receiving neuron. Neurotransmitters transmit chemical messages all around the body, from cognitive, to emotional, to biological information such as feelings of hunger and thirst. Scientists have identified over 100 neurotransmitters, which range in their chemical and physical properties, and each serves a distinct purpose in the body. 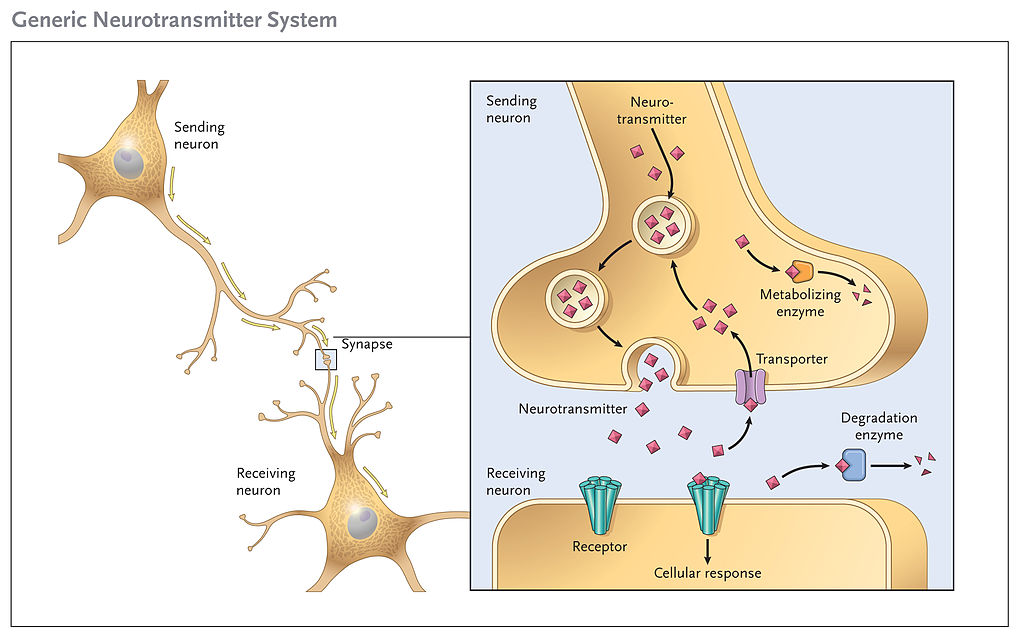 Diagram of a generic neurotransmitter system. Neurons communicate by sending electrochemical information in the form of neurotransmitter across a synapse, or small gap between neuron dendrites, which are the branches shown in the diagram.

Researchers from CIPHERS Component 2 are evaluating the activity of three specific neurotransmitters in the brain (acetylcholine, dopamine, and serotonin) and how each is affected by cannabis exposure in male rats. To help explain the significance of each of the neurotransmitters, in this post we’ll provide a description of each, along with some helpful resources to learn more about neuroscience!

Acetylcholine was the first neurotransmitter discovered, in 1936 by Sir Henry Dale and Professor Otto Loewi, and is the most abundant neurotransmitter in the brain. It is associated with learning and memory processes. The loss of acetylcholine-producing (called cholinergic) neurons in the brain is believed to be related to Alzheimer’s disease, a common neurodegenerative disorder. Acetylcholine is also responsible for signaling muscle contraction in the body. It is released by neurons responsible for motor movement, called motoneurons (as the name suggests), in the body to initiate muscle movement. Acetylcholine is also associated with pain perception and helps regulate sleep cycles.

Dopamine is most famously known for its role in reward and pleasure, but also plays a role in movement, memory, lactation, attention, motivation, and many other processes. There are two major dopamine-producing (called dopaminergic) pathways, or routes that dopamine neurons tend to travel, in the brain. They are the mesostriatal pathway and the mesolimbocortical pathway. Loss of dopaminergic neurons in the mesostriatal pathway is associated with symptoms of Parkinson’s disease, such as tremors in the hands and face, as well as other movement dysfunction.

The mesolimbocortical pathway is tied with reward and pleasure in the brain, and scientists think that the feeling of pleasure actually originates in this pathway. Though there is still much to learn about the biological processes of addiction, scientists know that the mesolimbocortical pathway plays a role in addiction due to dopamine-fueled reward-seeking behavior. 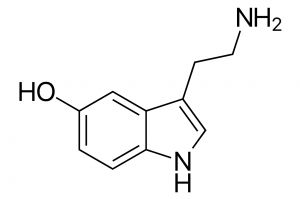 There are nearly 100 billion neurons in the human brain, but there are only several hundred thousand serotonin-producing (called serotonergic) neurons. Although few in number, these neurons play a key role in many different processes and behaviors. Serotonin is thought to play a major role in mood. Serotonergic dysfunction is linked to depression, anxiety, and obsessive-compulsive disorder. Serotonin is also associated with sexual behavior, vision, and sleep, among other things. 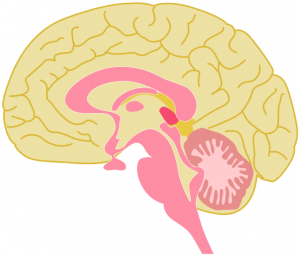 Neuroscientists have a pretty limited understanding of how cannabis use affects neurotransmitter function, especially for these three neurotransmitters. The CIPHERS Project investigators are looking at acetylcholine, dopamine, and serotonin levels in rats exposed to cannabis and comparing that to non-exposed rats as part of Component 2, to determine whether there is any dysfunction in these systems as a result of cannabis exposure. CIPHERS will also investigate whether any dysfunction in these neurotransmitter systems may be passed on to the exposed rats’ offspring, which will help characterize the longevity and heritability of such deficits. The goal of our CIPHERS research is to better understand these impacts and contribute to neuroscientists’ understanding of how cannabis use alters brain function.