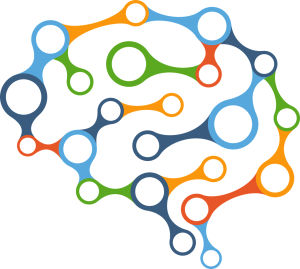 Component 2 of the CIPHERS project studies how male exposure to Cannabis may influence neurodevelopment in children or offspring. Specifically, Component 2 aims to describe the neurodevelopmental impacts of male Cannabis exposure through epigenetic mechanisms, whether these impacts persist intergenerationally (from exposed parent to offspring) and transgenerationally (from exposed grandparent to grandchild). The neurobehavioral data from Component 2 will serve as a complement to the epigenetic data generated from other CIPHERS components, which will help our investigators more fully characterize the health impacts of paternal Cannabis exposure. 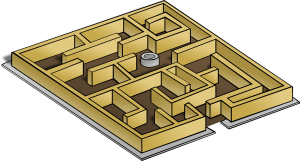 Component 2 uses an animal model to evaluate neurodevelopmental impacts associated with Cannabis exposure, through tests that tell us about neurobehavioral function. Sprague-Dawley laboratory rats are scored on a series of eight neurobehavioral tests (called a battery) that assess locomotor activity, emotional functioning, and cognition. These tests are standardized models that have been used extensively in neuroscience research. In Component 2, five different groups of rats with various THC and Cannabis exposure statuses will perform the test battery. Data will be collected from all treatment groups with the goal of delineating any alterations in brain functioning between the groups. We will also repeat the tests for each subsequent generation of rats. Namely, we'll start with the parent generation (termed F0), then the direct offspring (F1 generation), and then the offspring’s offspring (F2 generation) to determine inter- and trans- generational alterations due to Cannabis exposure. The neurobehavioral test battery is one of the more visual components of the CIPHERS project, and we are excited to describe and provide videos that detail each of the tests!

The Neurobehavioral Battery of Tests: 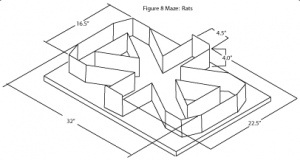 The Figure Eight Maze is a classical test to assess an animal’s locomotor activity, or how and how often they move, indicators of habituation to the maze. Habituation is a score of how well they perform on the maze, and is an indicator of working memory. The maze is intended to mimic the types of rat burrow systems that exist in the wild. The Figure Eight Maze test allows Component 2 researchers to measure whether exposure to Cannabis or THC extract *produces an effect on locomotor activity* by measuring *how quickly the animal becomes habituated* to the maze. 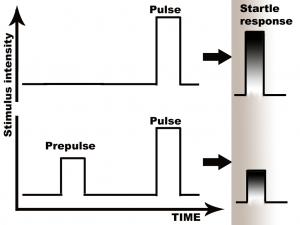 Graph of pulse and startle responses in the prepulse inhibition test

Pre-Pulse Inhibition (PPI) is based on a phenomenon where a weak audio or physical stimulus gradually decreases (attenuates) the natural startle response to a following, stronger stimulus, and is a test to measure anxiety in rats. In healthy animals, a more gentle pulse right before a stronger pulse decreases how startled the animals are when they get the stronger pulse.

For the CIPHERS project, rats are exposed to a sound (auditory stimulus) followed by an air puff (physical stimulus). The rats are then exposed to just the air puff. The startle responses is measured for each of these trials, for all of the five treatment groups, and the results of startle response are compared.

The elevated plus maze is a standardized test to compare an animal’s degree of anxiety versus their propensity for risk-taking behavior. Laboratory rats are placed in the center of an elevated plus-shaped (+) maze that has two enclosed wings and two open wings. The amount of time that the animal spends in the enclosed wings versus the open wings is recorded as well as the number of times that the animal crosses over the central platform of the plus sign to enter each wing. "Anxious" rats are expected to spend less time than normal exploring the open wings due to rodents’ natural tendency to prefer enclosed areas. Deviations from these natural tendencies indicate potential neurobehavioral changes.

Elevated Plus Maze video embedded with permission of Maze Engineers.

The novelty suppressed feeding test characterizes an animal’s fear response and is commonly used in studies investigating treatment of depression and anxiety. To conduct a novelty suppressed feeding test, rodents are briefly deprived of food, then placed in a novel environment such as a new box (called an aversive environment) with food. The time it takes for the animal to begin eating is then measured. Anxious animals are expected to take longer (show a greater latency period) prior to eating compared to non-anxious animals. 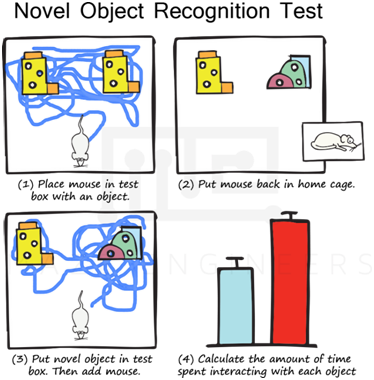 Novel object recognition is a test to assess mammalian memory and attention. This test operates on the principle that rodents have a natural tendency to spend more time exploring an unfamiliar (novel) object rather than a familiar one. First, the animal is placed in an enclosure with two identical objects so that the animal may become habituated to the space and objects. Then, the animal is removed from the enclosure, and one of the identical objects is replaced with a different object in the same location. The animal is placed back into the enclosure and the amount of time exploring the novel object is recorded.

A 16-arm radial maze is used to test both working and reference memory in rats. These two types of memory are essential components of mammalian cognition. Working memory is the ability to remember and use relevant information while in the midst of an activity, such as remembering the steps of a recipe while cooking, whereas reference memory is the ability to retrieve information from long-term memory, such as remembering the ingredients in an old family recipe.

For this activity, rats are placed in the center of a maze that has sixteen arms extending from the center in a radial shape. To test working and reference memory, twelve of the sixteen arms are baited with food. Then, researchers will observe the rat to see which arms the rat selects to retrieve the food. The process is repeated over time, with the same placement of food, to assess memory storage. Working memory errors are defined as when the rat re-enters an arm that it had previously entered in the same trial, and reference memory errors are defined as entering arms that were never baited in previous trials.

Repeated acquisition is a method that tests learning processes that are sensitive to drug-induced cognitive changes. This cognitive test is another radial maze task, like the radial arm maze, in which three out of eight arms of the maze are baited, and the three baited arms change every session. Changes in learning are assessed by whether the rat successfully retrieves all three rewards in the allotted amount of time, as well as changes in the rat’s ability to complete the task over repeated sessions. The repeated acquisition radial maze tasks are associated with drug-induced cognitive changes, so data from this task will facilitate our researchers’ continued understanding of the effects of Cannabis exposure any related cognitive changes in the brain.

Neurobehavioral tests on laboratory rats are often the first step in understanding how a given exposure might affect neurodevelopment and behavioral processes in humans. Component 2’s neurobehavioral test battery is a key tool for evaluating the relationship between male Cannabis exposure and brain function. We are currently using these evaluative tools in our ongoing work, and will post research updates in our publications section.