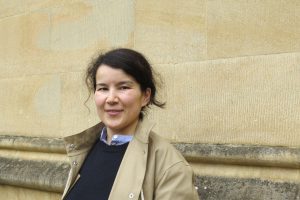 Schafer-Nameki’s research area is at the intersection of string theory and geometry, with a focus on the relation of quantum field theories realized within string theory and the manifestation of their properties within geometry. She has made important contributions to the properties of Calabi-Yau three- and four-folds in M/F-theory compactifications. She has explored the role of exceptional holonomy spaces in string theory as well as the theories obtained by compactifications of branes on calibrated cycles. Schafer-Nameki is also an expert on holography between conformal field theories and string theories on anti-deSitter spacetimes. She holds an ERC Consolidator Grant.