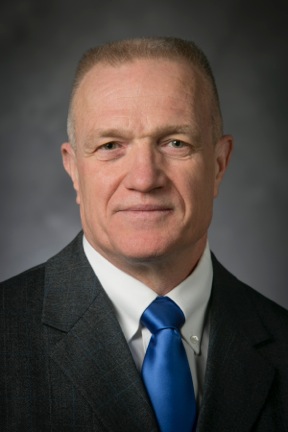 Robert Bryant is the Phillip Griffiths Professor of Mathematics at Duke University. A native of North Carolina, he received his PhD in 1979 from the University of North Carolina at Chapel Hill, working under the direction of Robert B. Gardner. His first academic appointment was at Rice University, he moved to Duke University in 1987, and moved to the University of California at Berkeley in 2007, where he served as the Director of the Mathematical Sciences Research Institute for six years before returning to Duke in 2013. In addition, he has held visiting positions at a number of institutes and universities around the world.

His research is mainly in differential geometry, using fundamental tools originating in the work of Élie Cartan, particularly the geometry of partial differential equations, including Cartan-Kähler theory and the method of the moving frame and equivalence. He became interested in the theory of calibrations and holonomy in the 1980s while studying the pioneering work of Harvey and Lawson on calibrated geometries, and one of his early works was the first proof that the subgroups

in SO(7) and Spin(7) in SO(8), which were the last unsettled cases in Berger’s classification of Riemannian holonomy groups, could indeed occur as holonomy groups.

He has maintained an active interest in the theory of calibrations and special holonomy since then, with many of his publications either directly or indirectly related to these topics. He is particularly interested in understanding the local and global solvability of the nonlinear overdetermined systems of PDE that arise in the study of holonomy and related problems, and has developed many new techniques for analyzing such systems and producing special solutions that can be used as building blocks in constructing more general solutions.