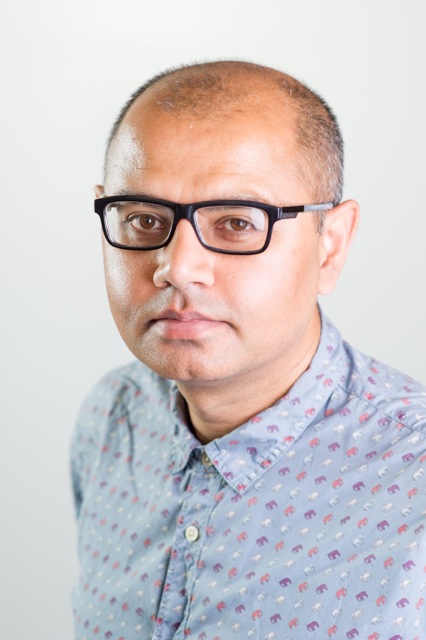 Bobby Acharya was born in Uganda in 1972. He received his PhD in theoretical physics in 1997 from Queen Mary and Westfield College, University of London. In 1997 he was awarded a Particle Physics and Astronomy Research Council Personal Postdoctoral Fellowship and in 2000 he became a postdoctoral research associate at the New High Energy Theory Center at Rutgers University in New Jersey. Since 2004 he has been a Staff Research Scientist at the International Centre for Theoretical Physics in Trieste Italy, where he leads a team of researchers working on the ATLAS experiment at the CERN Large Hadron Collider.

Since 2011, he has also served on the faculty of the Department of Physics, King’s College London, where he is a Professor of Theoretical Physics.

Over the past two decades, Acharya has pioneered research into the physical applications of

-holonomy spaces, when regarded as models for the extra dimensions of space predicted by M-theory. His early work focused on how the key ingredients of the Standard Model of Particle Physics, namely Yang-Mills fields, Chiral Fermions and Higgs Bosons emerge from very particular kinds of singular

-holonomy spaces. He then developed an understanding of how the moduli of

-holonomy manifolds can be stabilised and has gone on to apply this to models of particle physics beyond the Standard Model, addressing questions like “what is dark matter?” within the framework M-theory and