Looking at him today, R. Buxton Ward looks like a healthy, 17-year-old junior high school student at The Craven Early College Program associated with Craven Community College. You would never know that he had been through nearly a 2-year battle with scoliosis. As part of his graduation project, Buxton led a fundraiser, “A Walk to the Coast,” to benefit Duke Children’s Hospital and to thank the providers who helped him.

At the age of 15, Buxton was diagnosed with a specific type of skeletal deformity known as Idiopathic Scoliosis, which is a spontaneous curvature of the spine without a known cause. Buxton was placed under the care of Robert D. Fitch, MD, a pediatric orthopaedic surgeon at Duke who specializes in scoliosis cases. After a year and a half of wearing a brace, Buxton’s spinal curvature worsened from 35.9 degrees to 51.1 degrees. On June 8, 2015, Dr. Fitch performed surgery on Buxton and was able to permanently correct his scoliosis curve from 51.1 degrees to 11.5 degrees.

As part of his graduation project, Buxton developed a fundraiser benefitting Duke Children’s Hospital, called, “A Walk to the Coast;” a 45-mile, 3-day journey from the front steps of his home in New Bern, NC, to the center of Fort Macon State Park near Atlantic Beach, NC. He placed binders detailing his journey with scoliosis around the community and envelopes for donations to support his walk. On February 12, 2016, Buxton and his mother, Paisley, set out on their journey of walking approximately 15 miles per day. Despite bitter temperatures, rain, and sleet, Buxton and his mother completed the journey to Fort Macon State Park on February 14, 2016. In addition to completing a journey that Buxton says he will “never forget,” he was able to raise $1,880.00 to support Duke Children’s Hospital.

“I am just a young man who wanted to say thank you and give back as much as I could to Duke Children’s Hospital and Health Center,” says Buxton. We would like to thank Buxton for the time and dedication that went into “A Walk to the Coast,” and for the generous donations he received from all of his supporters. He is an inspiration to all of us.

Photo Gallery from “A Walk to the Coast” 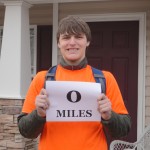 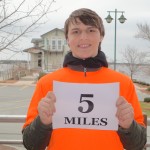 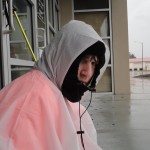 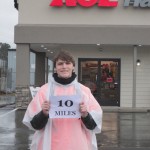 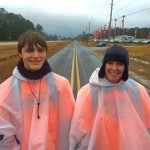 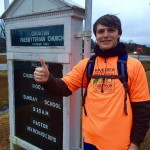 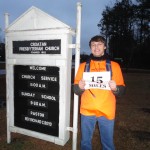 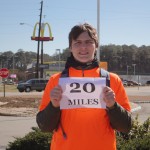 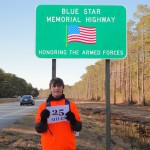 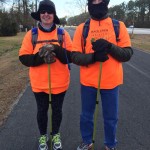 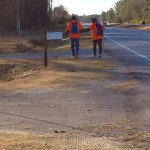 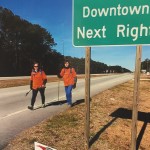 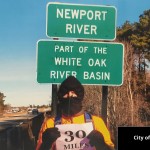 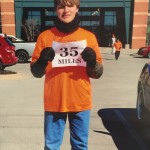 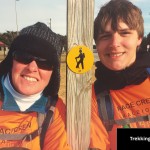 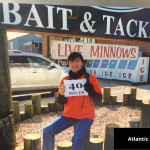 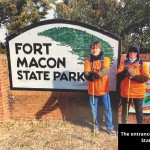 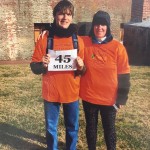 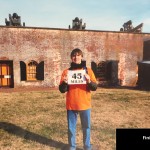 Duke Sports Medicine is one of only three FIFA Medical Centres of Excellence in the United States. FIFA accredits established centres that have demonstrated their leadership in football medicine. All centres have to undergo a strict selection process.

Below you will find our local soccer coverage schedule for the month of April: END_OF_DOCUMENT_TOKEN_TO_BE_REPLACED

Bass Connections brings together faculty and students—from all levels and schools—in interdisciplinary research teams. Faculty, graduate and professional students, undergraduates and post-docs apply their skills and perspectives to generate creative solutions to complex problems in five theme areas. In addition to more than 40 project teams each year, Bass Connections offers curricular pathways in each theme, to complement a student’s major or program of study. To augment efforts the themes are already undertaking to build out curricular pathways, Bass Connections has available up to $20,000 centrally to support courses that will enrich the pathways of Bass Connections. END_OF_DOCUMENT_TOKEN_TO_BE_REPLACED

Cost: Free and open to all

In the last two to three years, smart glasses introduced into surgical specialties have shown great potential for enhancing patient care and training processes. Dr. Selene Parekh, Professor of Orthopedic Surgery, has been at the forefront of applying technology to healthcare, especially using smart glasses to aid training of fellow surgeons from his native country of India.

Dr. Parekh has used multiple commercially available devices, such as Google Glass and Pivothead SMART, to record and live broadcast his operations for synchronous telementoring. Dr. Parekh is also working on applications of computer vision that would aid materials management in operating theaters around the world. He will describe his work and then lead a conversation and discussion about how this kind of technology can benefit teaching and learning and mentoring.

If you’re interested in new and creative ways to share skills and expertise whether at the operating table or in a chemistry lab or showing a particular piano technique, you will find this event useful. Dessert and drinks will be offered; feel free to bring your lunch. Please join us!

On Monday, March 28, 2016, Pamela W. Duncan, PhD, FAPTA, FAHA, gave the Ron Peyton Innovation Lecture to those within the Doctor of Physical Therapy program, entitled, “Courage in the Arena – Preparing the Next Generation of Physical Therapists.” END_OF_DOCUMENT_TOKEN_TO_BE_REPLACED

On Wednesday, March 24th, faculty and staff from the Department of Orthopaedics came together to celebrate the retirement of two of our fondest staff members: Carole Pennington and Louise Dillard. Carole began working with Dr. David Attarian as his staff assistant in 1999. Only Carole was not just his staff assistant. During the celebration, Dr. Attarian reflected on how Carole not only helped him care for his patients and maintain organization at work, but helped him with his family. Mrs. Attarian explained, “There were two thing I hated hearing from David. The first was ‘Carole’s not coming in today,’ and the second was ‘Carole’s on vacation.'” Carole did such an exemplary job of working with Dr. Attarian, that in 2014, she began working with Dr. Michael Bolognesi as well. Louise joined the department in 1997, and worked with Dr. William Hardaker and the GME Team, as well as with Dr. Richard Goldner as his staff assistant. Louise remembered fondly that, “…being a staff assistant was something that I always wanted to do as long as I can remember. And working with the doctors at Duke has been a wonderful experience.” Wendy Thompson, one of the department’s Medical Student, Residency, and Fellowship Program Coordinators, remembered how Louise was always there to help them during the tough times, and will be very missed by everyone in the department.

Michael Gagnon, Chief Administrative Officer, left Carole and Louise with the following parting words: “The arms of Orthopaedic Surgery are long. When you leave Duke Orthopaedics, know that if you ever need something, anything at all, we will be here for you. Because you are a part of the Duke Orthopaedics family.”

While Carole and Louise will be missed, we wish them the best of luck in retirement and all of their future endeavors. END_OF_DOCUMENT_TOKEN_TO_BE_REPLACED

It is with mixed emotions that we announce that Dr. Andrea Taylor has resigned from her position here at Duke, and will be relocating with her family to the San Francisco Bay Area. Dr. Taylor will be joining the faculty of Touro University as Professor in the Department of Basic Sciences, where she will be directing the anatomical sciences for the College of Osteopathic Medicine.

Dr. Taylor has dedicated 25 years to PT education and has been a longstanding faculty member here in the Duke Doctor of Physical Therapy program.  In her 16 years at Duke, Dr. Taylor has contributed significantly to Duke DPT, and has played an important role in shaping the DPT curriculum and in implementing new models of PT education. In 2010, the School of Medicine recognized Dr. Taylor with the Master Clinician/Teacher award.

Beyond DPT, Dr. Taylor has served as course director for Physician Assistant anatomy since 2009 and was made an honorary member of the Physician Assistant Pi Alpha National Honor Society in 2014. Dr. Taylor has also made significant service contributions to Duke, including and most recently on the university-wide Task Force on Diversity and Inclusion and through her involvement with the Duke Faculty Women’s Network and Caucus. She is looking forward to bringing new models of basic science education to osteopathic medicine, to continuing her research collaborations with colleagues in Duke DPT, Orthopaedics and the Department of Evolutionary Anthropology, and to maintaining her national leadership role in the American Association of Physical Anthropologists.

We will be hosting a gathering on Tuesday, May 17, 2016, at Local 22 Restaurant at Erwin Square from 4 to 6 p.m.  Please drop by and congratulate Dr. Taylor on this exciting opportunity!