Our department is becoming increasing diversified in clinical and academic activities as we grow.   With this diversification, Physical Medicine and Rehabilitation is playing an increasingly important role, and this specialty has obvious synergies with our Doctoral Physical Therapy Program.  As such, I am delighted to announce that we are establishing

a Section of Physiatry, to help organize activities across our department in the clinical, educational, and research realms.  In the coming months a search committee will be established to select a leader for this section, but until then, Anand Joshi has agreed to serve as the interim section head.  Anand received his MD from Northeastern Ohio University, undertook residency training at East Carolina as well as fellowship training at the University of Pennsylvania. In addition, he has a MHA from the University of North Carolina–Chapel Hill School of Public Health.  Many of you know Anand, as he provides physical medicine and rehabilitation care at our Duke spine clinic. Please join me in congratulating Anand in this role, where he will help us establish this new section in our department.

Over the past several months, we’ve engaged in a dialogue about how to best coordinate the clinical, educational, and research missions related to hand surgery, given that activity in these three missions is provided by faculty in two separate departments: orthopedics and surgery.  We are delighted to announce the establishment of a  new

“interdepartmental division of hand surgery” whose goal is to coordinate these activities over the entire Duke health system and faculty.  David Ruch will be the inaugural head of the division, and he will have joint reporting responsibilities to both Orthopaedics and Surgery. Over the next months, he will work with the hand faculty to develop the details of the new division, but it is anticipated that this unit will coordinate care and manpower needs for hand surgery in collaboration our health system leadership, and the chairs of orthopedics and surgery; as well as be an integrated unit for education and research activities. This is an exciting new model for providing coordinated clinical and academic activities crossing multiple departments.  Please join me in congratulating Dave on his leadership role in this new endeavor.

Congratulations to John Tyrrell on his retirement after 5 years of dedication and service to the Department of Orthopaedic Surgery.  John has always been a person of trust and integrity as well as demonstrating a prolific work ethic.  His work and impact will continue on in this department through the efforts of others whom he mentored.  History will forever reflect John’s critical role in founding the department of Orthopaedics.

Best wishes, John, on your next adventure – you will be missed! 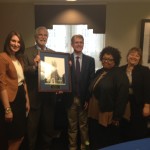 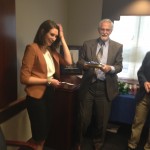 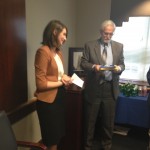 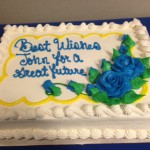 As many of you know, Bob Zura will be leaving Duke the end of the year to become the chair of orthopaedics at the Louisiana State University School of Medicine in New Orleans.  We are currently searching for a head of our trauma section, and a few candidates have already come through looking at the position.

I delighted that Rachel Reilly  has agree to serve as the interim chief of the trauma section until we recruit a more permanent head. Rachel graduated from the University of Cincinnati College of Medicine, and was a resident at UNC before undertaking fellowship training at the Shock Trauma Center in Maryland.  Most of us know Rachel quite well, as she has been on staff at Duke since she completed her training.  Rachel will take on the responsibilities for coordinating clinical care and education on the trauma service, staffing our trauma room, and overseeing general trauma call starting this week.  David Attarian and I will continue to help out as needed with these activities, especially until the end of this calendar year.

Please join me in thanking Rachel for taking on these important activities for our department;  in supporting her in this interim role; and in congratulating Bob in his new position!

Mark your calendars and join the fun at this years Department of Orthopaedic Surgery Holiday Party at AMF Durham Lanes, Wednesday, December 2 at 5:00 p.m.  Questions regarding the event, contact Melanie Frank at 919-613-9186. 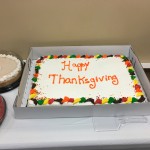 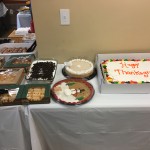 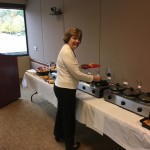 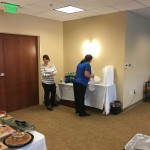 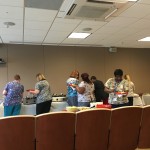 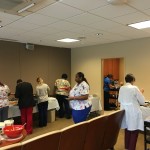 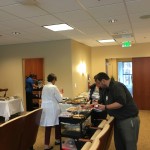 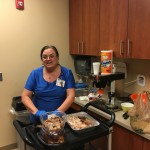 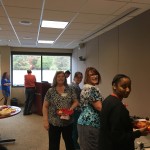 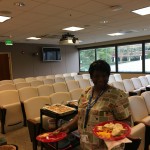 As a follow up to last week’s blog update on the departmental web site, we had a ‘call to action’ for all interested faculty to provide feedback on content as well as look and feel.  Thanks to everyone that provided input and suggestions.  The feedback has been compiled and shared with the faculty leads to decide which enhancements will be incorporated into the overall design.

The project team is now working with Duke DHTS on a go-live date and once confirmed we will share with the broader team.

As a reminder, the test environment can be found at http://ortho.innovah.com.  Continued feedback is appreciated.

Congratulations to the following Orthopaedic Surgery Faculty for his recent promotion: Congratulations to Orthopaedics clinical nurse Michele De Smet for receiving the Nursing Excellence Award at the Friends of Nursing Gala Event.  Michele was recognized for her efforts in helping her unit come back from a Tier 3 on the Work Culture survey.  They ended up with a 99% participation in a second pulse survey which helped them identify areas that needed improvement and this year they went back to a Tier 2.  As Michele describes, “this was a true group project, of which she was a part.”  She also volunteered to go to her sister unit when they were incredibly understaffed for a 3 month period while they hired and trained new staff.

Originally from Chicago, Michele moved to the Durham area with her family for a teaching job.  That did not work out so she went back to school to be a nurse.  With a Biology background from the University of South Carolina, she originally wanted to be a veterinarian.  Michele used her Biology degree to become a math/science teacher; earning her Masters in Teaching at National-Louis University in Chicago.

Michele has been with Duke for about 3 years and recently completed her BSN at the University of North Carolina at Wilmington.  She received her orthopedic certification in June and has been accepted to the Duke University School of Nursing for her MSN in Informatics.

Her Volunteering activities include diabetes champion for her unit and active in helping with the diabetes management and education of her patients.

The Friends of Nursing program exists to recognize and reward nurses for all the valuable roles they play, including: caregiver, educator, researcher, colleague, patient advocate and friend. The program also supports career development initiatives for nurses, in the hopes of helping them provide even better patient care.

Since its inception in 1998, Friends of Nursing has supported the careers and professional development of more than 1,000 Duke nurses, in several key ways, including: