Join us for this upcoming seminar with Sowj Kudva! 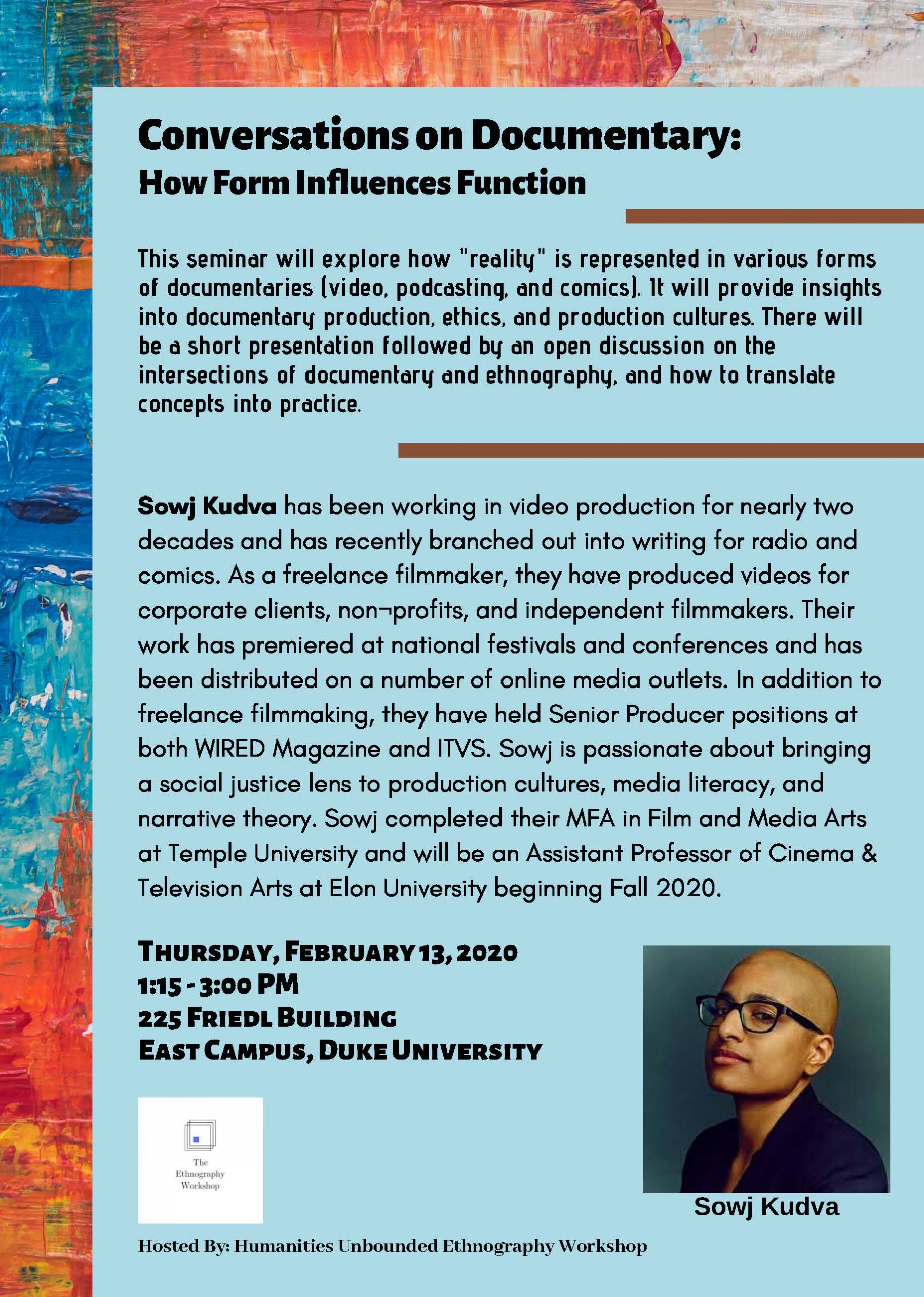 Conversations on Documentary: How Form Influences Function
This seminar explores how “reality” is represented in various forms of documentary (video, podcasting, comics). It will provide insights into documentary production, ethics, and production cultures. There will be a short presentation followed by an open discussion on the intersections of documentary and ethnography, and how to translate concepts into practice.

Short Biography
Sowj Kudva has been working in video production for nearly two decades, and has recently branched out into writing for radio and comics. As a freelance filmmaker, they have produced videos for corporate clients, non­profits, and independent filmmakers. Their work has premiered at national festivals and conferences, and has been distributed on a number online media outlets. In addition to freelance filmmaking, they have held Senior Producer positions at both WIRED Magazine and ITVS. Sowj is passionate about bringing a social justice lens to production cultures, media literacy, and narrative theory. Sowj completed their MFA in Film and Media Arts at Temple University and will be an Assistant Professor of Cinema & Television Arts at Elon University beginning Fall 2020.