With Halloween just around the corner Olivia  examines the ghostly legacy of The Conjuring franchise, critiquing its latest installment and considering what’s made the series so successful 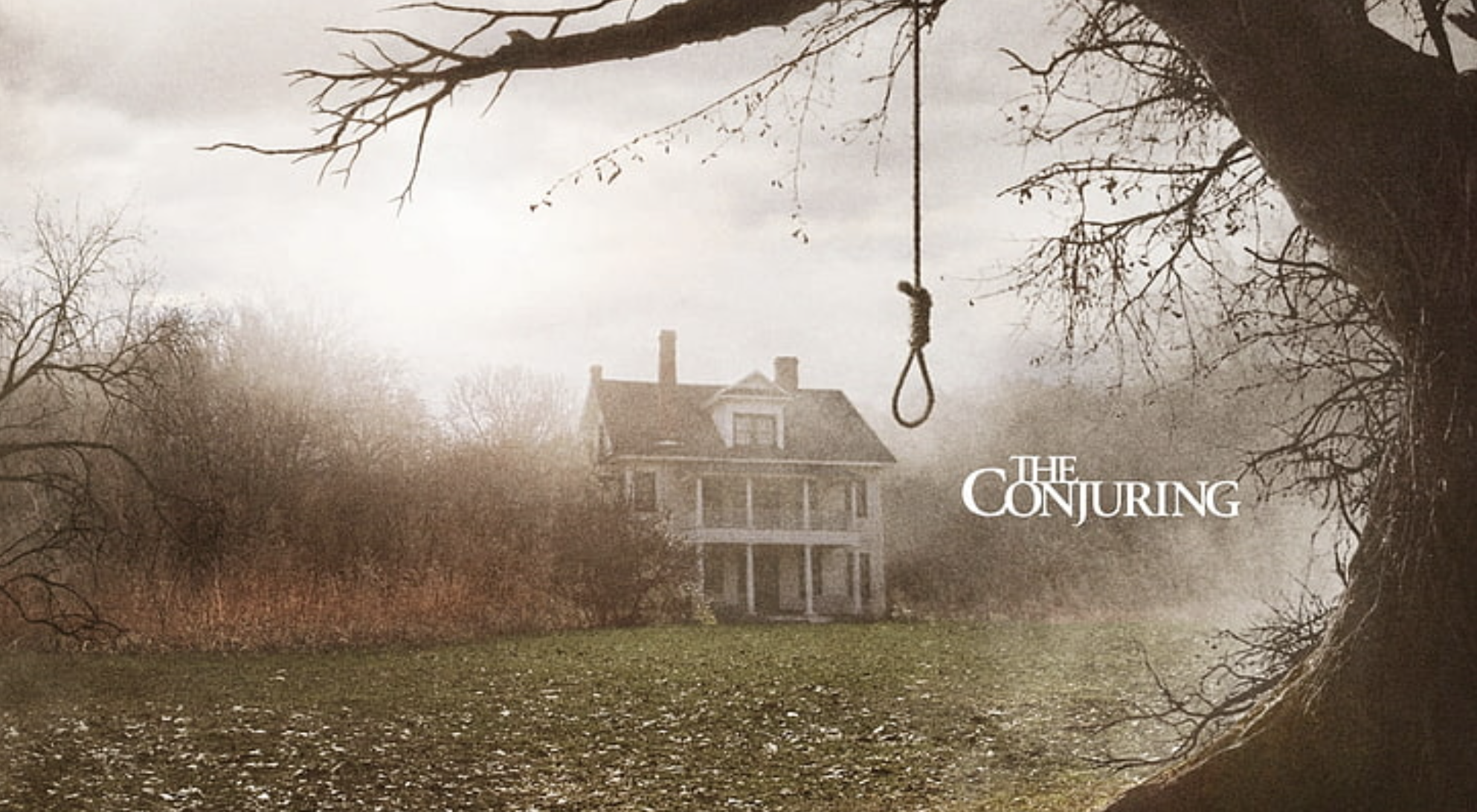 As people flocked back to the theater last June, so too did I look forward to my chance to view the latest installment in what has become one of my personal favorite modern horror franchises: The Conjuring series. Based on the case files of real life demonologists Ed and Lorraine Warren, the third film—subtitled The Devil Made Me Do It—follows the couple in a 1981 court case loosely based upon the real trial of Arne Johnson, which featured the first plea by a defendant in the U.S. of not guilty by reason of demonic possession.
In an admirable change of pace for a modern horror series, the Conjuring movies have never double dipped—its first sequel’s grounded portrayal of its novel London locale prevented any descent into outright formulaic or repetitive storytelling. And yet, with the absence of James Wan in the director’s chair for The Devil Made Me Do It, this principle seems to slightly overextend itself.

As in previous films Wan has multiple writing credits for the story, a story which takes a step back from the previous film’s localized and grounded environmental approach. The Warrens’ investigation covers a lot of ground—literally—as there really is no central location. Of course, that fact alone doesn’t pose any substantive problem. The Conjuring is no haunted house story; these case files deal with possession, an affliction whose primary impact is seen, and more importantly felt, by its connection to living breathing human beings. It’s this idea around which my primary critique revolves. 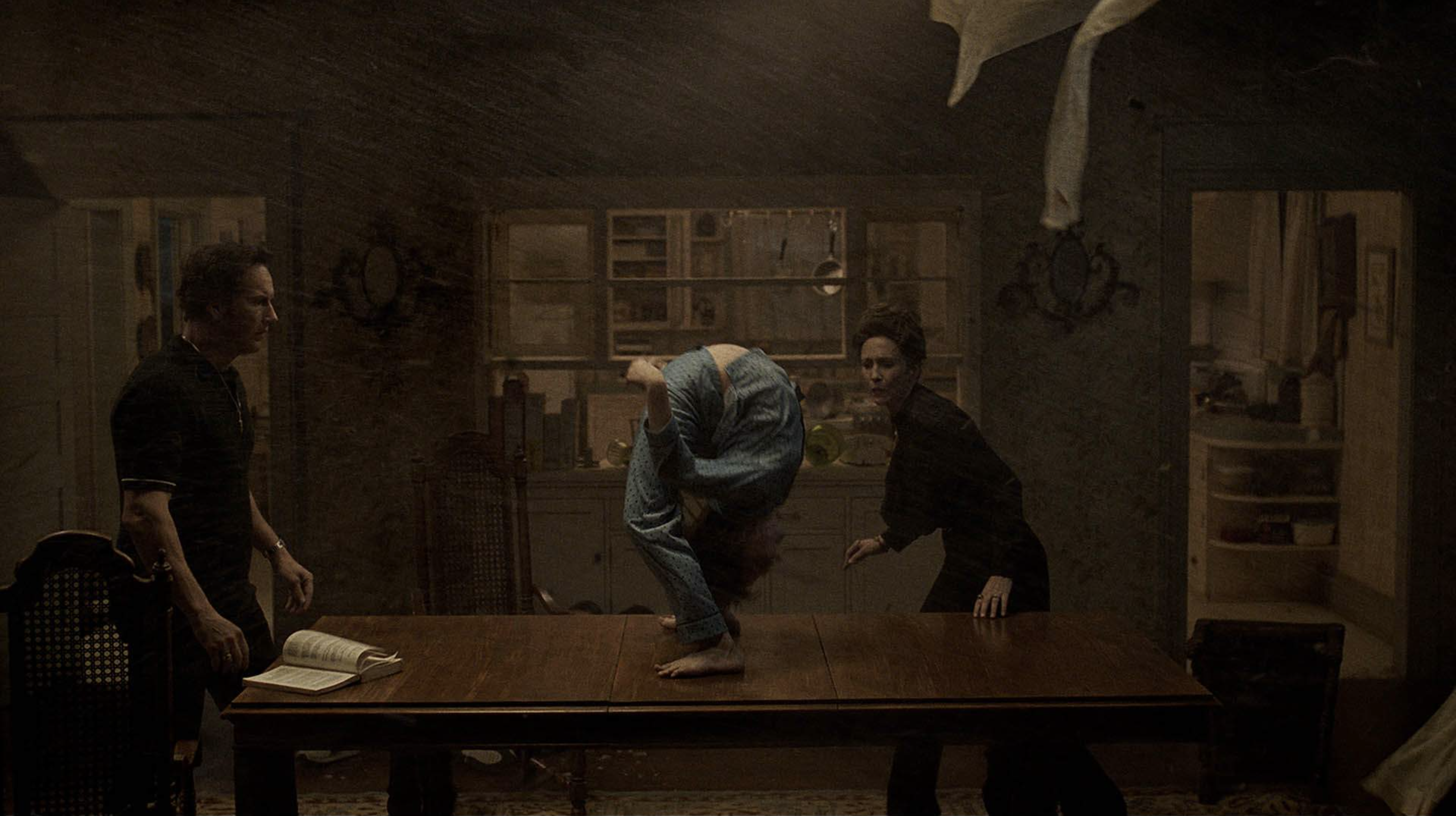 Despite sporting a two hour duration, the narrative spends little time with the afflicted family, choosing instead to take the audience on a more investigative tale infused with the threat of a looming murder indictment to complement the more traditional occult elements. Director Michael Chaves does an admirable job depicting said occult elements. Many scenes of possession or exorcism have very striking visuals. However, as a veteran fan of the franchise, said imagery can border on the absurd or hollow when the chilling cracks of bone wrought by a victim’s demonic contortions aren’t bolstered by empathy established from time spent with the characters concerned.

Ultimately, for all the criticism leveled at this third installment I didn’t necessarily feel bereft at the end of it all. Make no mistake; though some elements rang a bit off key for me personally, The Devil Made Me Do It is still a solid film. As a whole I find it somewhat remarkable how well the franchise has done for itself over the years—putting aside for a moment its questionable spin offs. 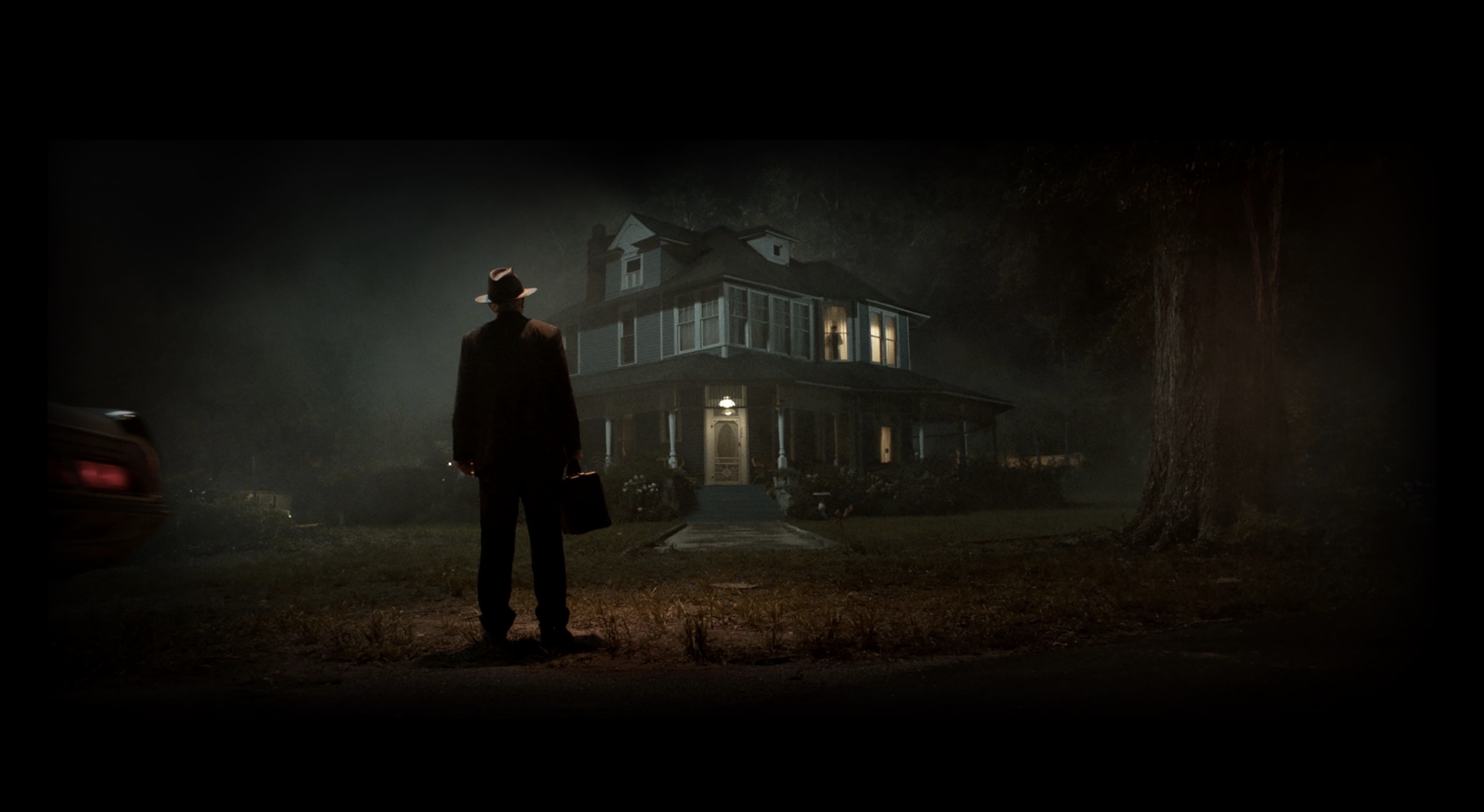 Horror never has been or will be monolithic, but amid the more avant-garde or genre bending horror films of recent years like Robert Eggers’ The Lighthouse (2019) and Ari Aster’s Hereditary (2018), the success of The Conjuring franchise seems to signal that audiences have sustained an appetite for your more traditional horror fare. The Devil Made Me Do It even boasts intertextual homages to classic works to boot—the film’s establishing shot hearkens back to that dark and misty night seen at the start of director William Friedken’s iconic film The Exorcist (1973).

Briefly returning to the series’ aforementioned spinoffs; despite their rather lackluster critical reception there is still significance to be found in the successful production and release of horror films with an ambitious semblance of interconnected storytelling. Universal Pictures’ infamous and quickly aborted attempt at a horror themed “Dark Universe” of monster flicks serves as the titular example of the fate that befalls most attempts at a kind of horror cinematic universe. 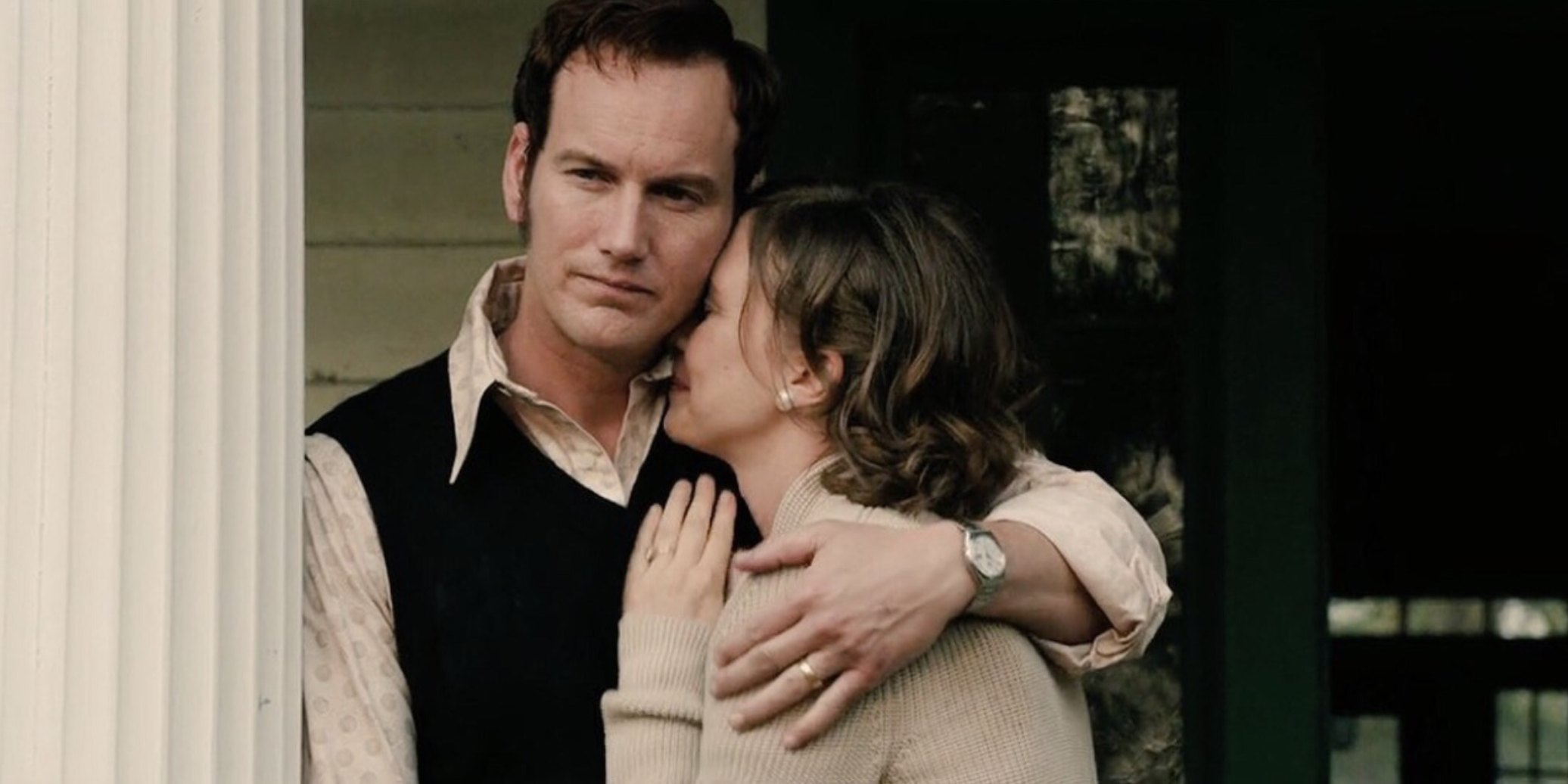 All that being said, it’s certainly worth considering what underlies the Conjuring franchise’s success? What makes up the backbone that’s enabled this series to thrive in a modern and ever more competitive climate?
First off, many things make our heroes the Warren’s worth watching. From a narrative perspective the two are a breath of fresh air. Gone is the common horror trope of the helpless wife plagued by supernatural phenomena who spends most of the film disparaged by her disbelieving husband. Instead Lorraine’s control of her powers and Ed’s steadfast support of her are often what the story itself hinges upon.

When the first film was released in 2013, Patrick Wilson and Vera Farmiga’s joint performance as the titular couple cemented the two as the true heart of the series. The duo’s phenomenal chemistry managed to imbue these fright filled hauntings with some seriously wholesome vibes, something which every single installment has to spare. Both actors have a distinct presence, bringing a sense of conviction not only to their characters’ faith but to their mission to help those suffering from supernatural afflictions. Ironically, if there’s one level on which the narrative of The Devil Made Me Do It unequivocally succeeds, it’s as a love story. This threequel does a great job of leveraging the audience’s emotional connection with the Warren’s to create a tension which is both adjacent to and different from that of the prior films. 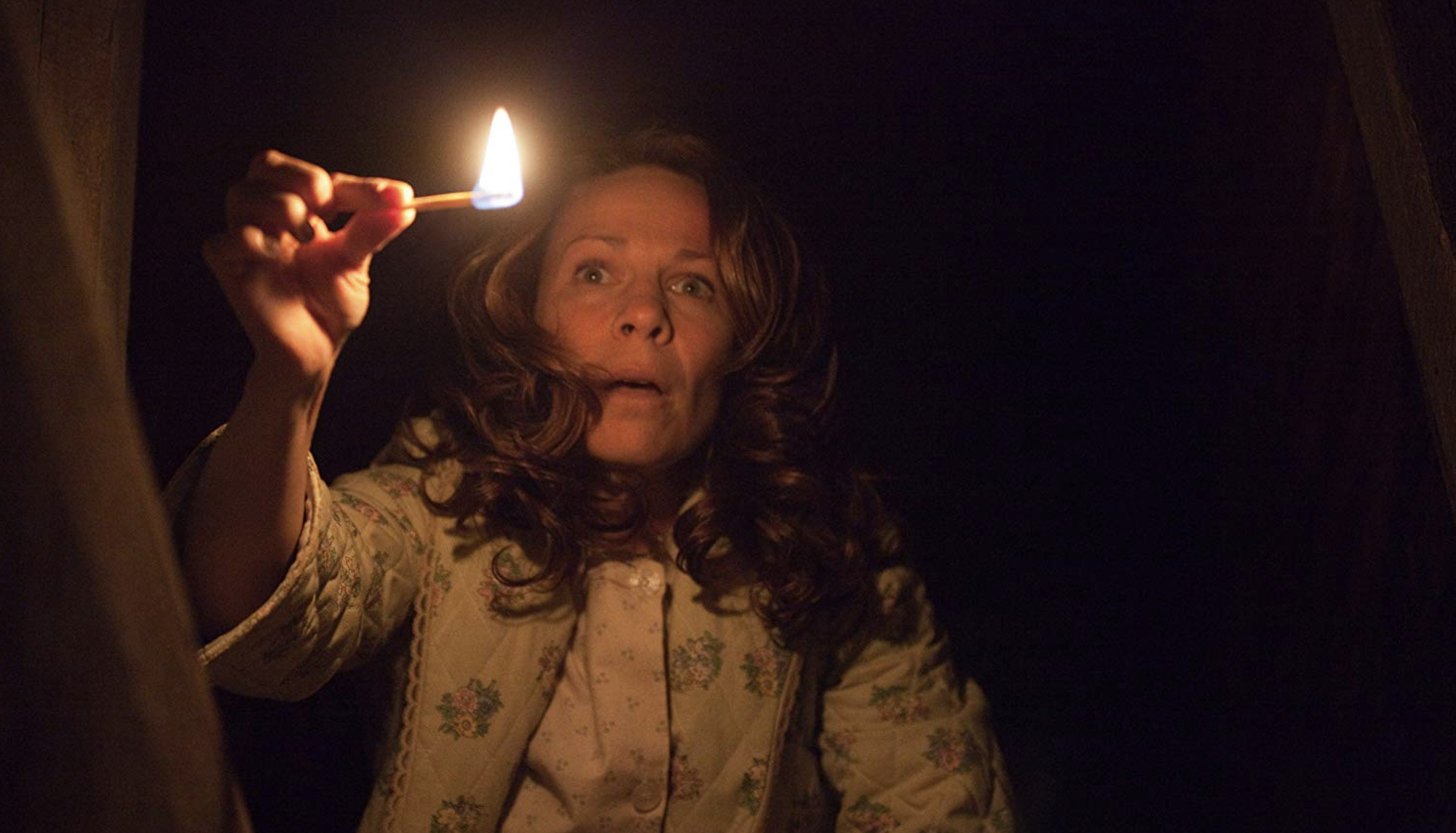 Furthermore, The Conjuring films also feature a handsome and specific directorial style. In narratives featuring foul mouthed demons spewing vitriol from behind childrens’ faces, subtlety is something often left to the wayside. And yet, subtlety in filmmaking can make or break a scare. Many horror directors rely on pure stillness to create a sharper contrast before a jump-scare, overlooking how motion can also be used to great effect. A sense of said subtle motion is evident throughout the three Conjuring films. Both Wan and Chaves mirror the characters’ experiences as they move through space in the way the camera tracks; the frame’s motion eases out before coming to rest, creating a lingering sense of movement to put you off balance.

Ultimately these are marked by moments which show its directors’ in-depth comprehension of the tools at their disposal. In a genre oversaturated with well worn tropes it’s only natural for audiences to have developed an intrinsic laymen’s sophistication about them. A poorly executed jump-scare for example is an incredibly effective trigger, always bringing that bitter taste to one’s mouth as we sense the beating of a dead horse playing out on the screen. However, reworking established tropes into something fresh—like Wan’s infamous hide and clap scene during the first film—affords the audience a special kind of whimsy that only comes with a new type of movie experience. Now that is truly inspired filmmaking.