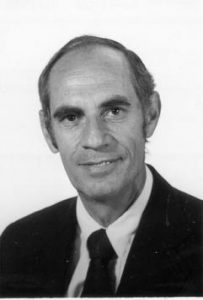 This volume is the thirteenth annual publication of the Duke Journal of Economics. The Journal is a showcase for outstanding contributions made each year to the discipline of economics by Duke undergraduates.

We dedicate this issue to Professor David G. Davies on the occasion of his 77th birthday. Professor Davies joined the Economics Department in 1961. He maintained a profound interest in undergraduate education at Duke throughout his tenure here, until his retirement to San Diego, California in 1991. He served the department as both its chair and its director of undergraduate studies. He is warmly remembered for his stewardship of the department, and highly respected for his influential work in public finance, especially his studies of the comparative efficiency of public and private enterprises. Some colleagues and students wrote reflections on Professor Davies.

The Journal would like to thank donors to the Havrilesky Fund and Allen Starling Johnson, Jr. Endowment Fund as well as members of the staff of Duke University Economics Department, especially Priscilla Lane. In her role as Managing Editor she designed the layout, was instrumental in developing the structure of the Journal and worked with all the Journal’s authors to polish their contributions.

Theologians with Slide-Rules: Nietzschean Perspectives on Smith, Jevons, Marx, and Keynes by Thomas A. Burns

Dollarization in Argentina by Lily I. Daniel

Financial Development and Growth in Switzerland by James Herriott

The Impact of Ethnic Diversity on Economic Growth: The Case of African Countries by Adora Ofodile

Long-Term Capital Management: The Dangers of Leverage by Siddharth Prabhu

How George W. Bush Misportrays His Budget/Tax Plan and Why Americans Believe Him: An Examination of Fiscal Finetuning by Seth James Wechsler