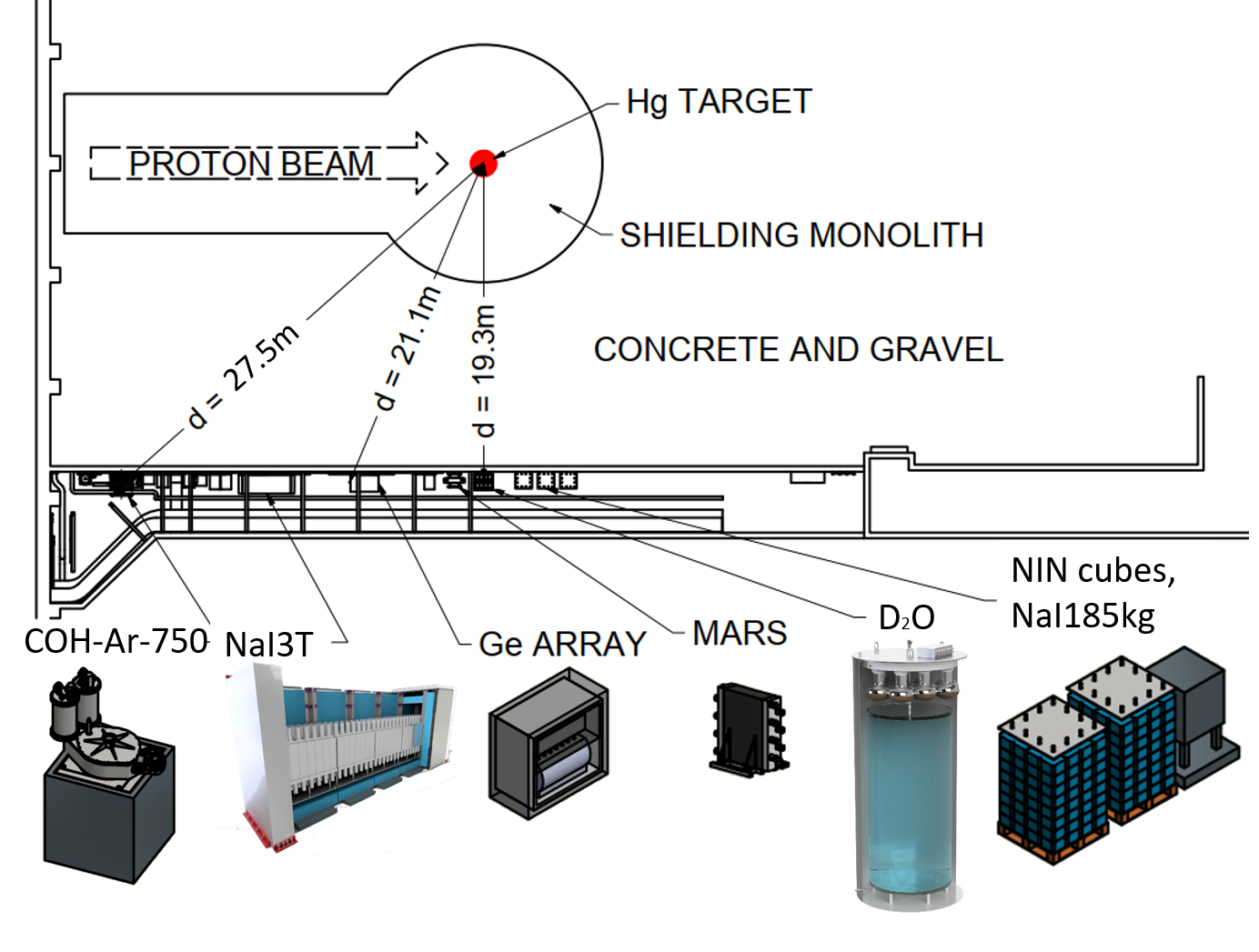 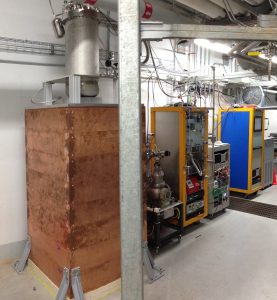 CENNS-10 is a single phase liquid argon (LAr) detector developed at Fermilab.  Two facing PMTs see a 24-kg mass of LAr.  It has been operating at the SNS since December 2016 and was upgraded to improve light collection in the summer of 2017.  The LAr working group convener is Rex Tayloe. 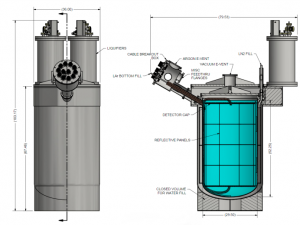 The groundwork for the 610 kg fiducial mass of CENNS-750 detector is laid, to provide precision measurements of the CEvNS cross-section on argon, to probe processes such as the charged-current (CC) response of argon nuclei, and search for accelerator-produced dark matter with unprecedented sensitivity.  CENNS-750 will demonstrate the feasibility of a future ~10 t design and mitigate the associated risks, CENNS-750 will already provide competitive preliminary limits on accelerator-produced dark matter. 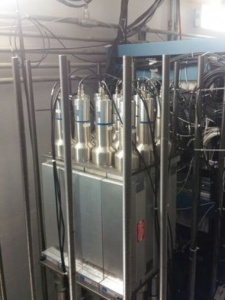 A 185-kg NaI[Tl] detector was deployed at the SNS in June 2016. This detector was built to study the neutrino charged-current interaction on iodine-127 and to measure beam-related backgrounds for a CEvNS search using sodium recoils. Plans are underway for a ton-scale deployment that will simultaneously measure these cross-sections. Apart from drastically different energy scales, the charged-current interaction only occurs for electron neutrinos, whereas CEvNS should occur for all flavors of neutrinos. The NaI[Tl] working group convener is Diane Markoff. 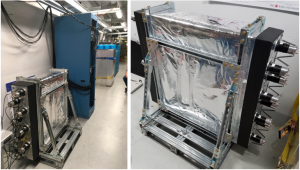 MARS module has 16 photomultiplier tubes monitoring the signals from interwoven EJ200 scintillator and gadolinium-doped Mylar. Paired analyses are done because the neutron will leave two energy depositions in MARS – it will down-scatter and thermalize in the scintillator, then capture on the gadolinium. It has been deployed to Neutrino Alley since June of 2017, but it was moved to a new location in January 2019. The MARS working group convener is Belkis Cabrera-Palmer. 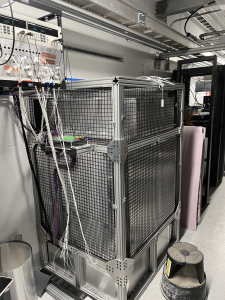 The NuThor Detector was brought up by Tyler Johnson and deployed in 2022. It is designed to measure neutrino-induced nuclear fission, a phenomenon predicted over 50 years ago but never experimentally confirmed. The core of the detector is composed of 52.0 kgs of thorium-232 metal plates. The thorium target is hermetically sealed inside a neutron multiplicity meter apparatus with two main components: a series of polypropylene water bricks filled with a solution of gadolinium nitrate-loaded water and 36 NaI[Tl] scintillators. A putative neutrino-induced nuclear fission event is observable through multiple neutron-capture gamma rays in rapid succession coincident with the SNS beam pulse.

The HPGe detector system consists of 18 kg of p-type point-contact germanium detectors.  Germanium detectors have very good energy resolution and would be a cross-section between that for the LAr and CsI[Na] detectors.  The HPGe working group convener is Matthew Green.  The detectors will be deployed in 2021. 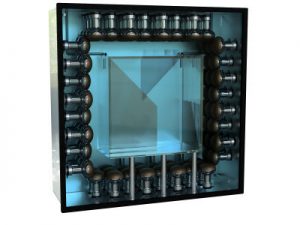 To benchmark the neutrino flux, a 1300-kg D2O detector is planned to construct in two modules. Each module will consist of an upright cylinder, with D2O contained inside a central acrylic cylinder, contained inside a steel tank with 10 cm of H2O tail catcher. Twelve PMTs view the volume from above. 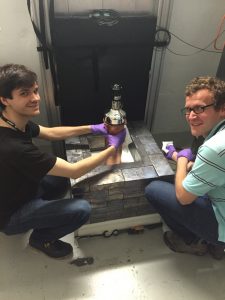 CsI[Na] Detector being assembled at the SNS

The CsI[Na] detector was the world’s smallest working neutrino detector at 14.6kg and was operational at the SNS starting in July 2015.  The CsI[Na] crystal was shielded with low background materials and has been instrumented with a super-bialkali photo-multiplier tube.   The detector was decommissioned in 2019. 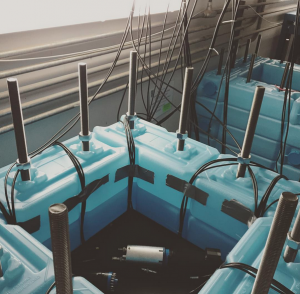