This conversation was led by Michael R. Rose, Distinguished Professor of Ecology and Evolutionary Biology at the University of California, Irvine and Director of the Network for Experimental Research on Evolution, and Grant Rutledge, Research Associate in the Neuroscience and Aging Lab at Tufts University. Human health depends on age and evolutionary history. Firstly, adaptation is age-specific, with Hamilton’s forces of natural selection leading to much greater adaptation at earlier ages than later ages. This of course is how evolutionary biologists explain the existence of aging in the first place. Secondly, when environmental conditions change, it takes surprisingly few generations for populations to adapt to such new conditions, at least at ages when natural selection is intense. Thirdly, at later ages, when the forces of natural selection are weak, natural selection will often fail to produce adaptation to a selective environment that is not evolutionarily ancient. All three of these themes were illustrated using both explicit mathematical theory and findings from experimental evolution. At the end of the presentation, they applied these general scientific insights to the case of human evolutionary history, human aging, and optimal human diets. 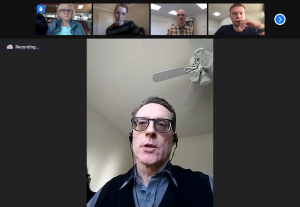 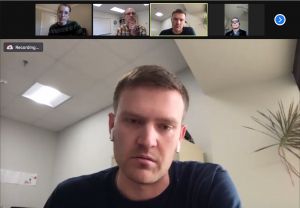