Cambridge Centre of mathematical Sciences (also see) houses the departments of Mathematics, Applied Mathematics and Theoretical Physics, Statistics, The Mathematical Sciences Library, and The Newton Institute. Many of the interaction spaces are successful, though the separate buildings still are a bit isolating. There is a large shared commons with a cafe, lounge and large lecture halls. Each building also has many smaller interaction spaces and smaller departmental lounges and lecture rooms. 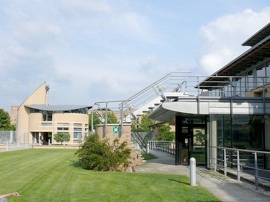 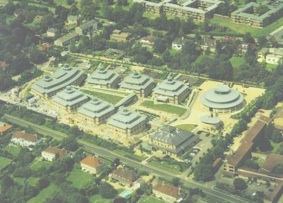 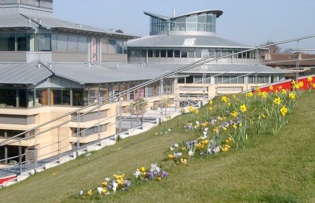 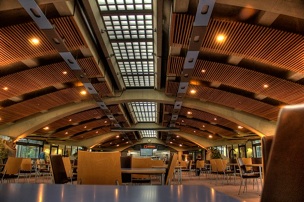 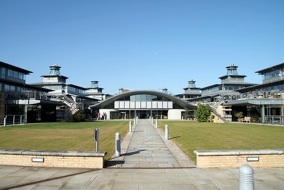 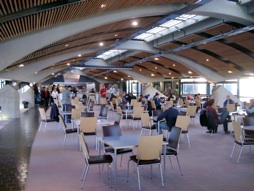 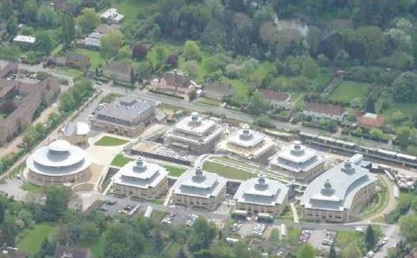 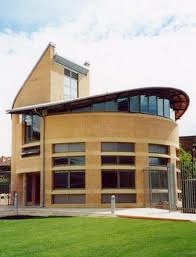 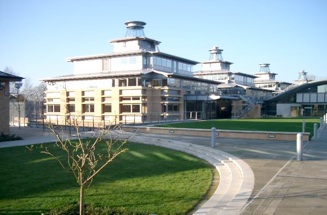 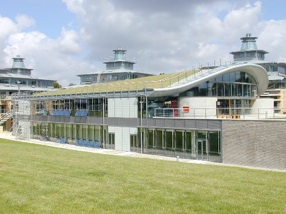 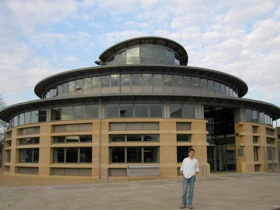 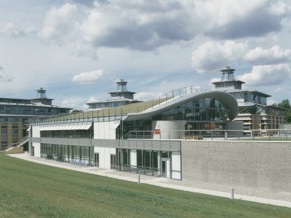 The Zeeman building is the home of the Mathematics Department, the Statistics department, and the Center for Nonlinear Studies. The Zeeman building is the replacement for the original mathematics research centre at Warwick University which itself was a study in the form a mathematical sciences building should take. The building has many feature which should be emulated. One problem is the lack of good sound insolation between offices.

This is the main entryway building has a sunny airy region of undergraduate students to mix and interact. 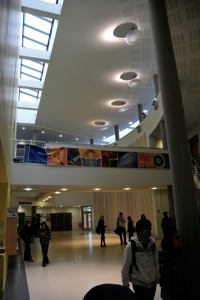 The building also has a large coming room with many blackboards in the main space and large windows. The common room has the departmental mail boxes which encourages interaction. The common room also has a second story space which is used for more private spontaneous discussions. 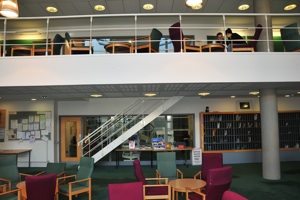 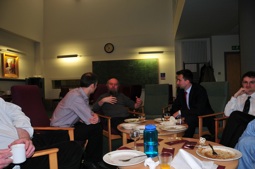 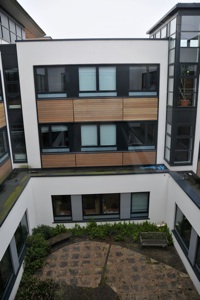 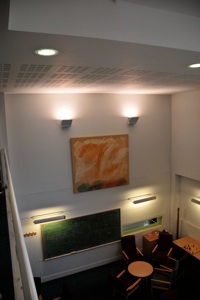 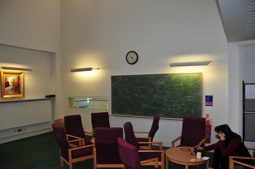 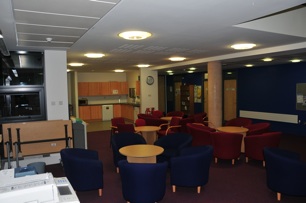 Sprinkled through out the building are informal interaction spaces, usually with blackboards. Many of these are used for undergraduate recitation and help sessions. 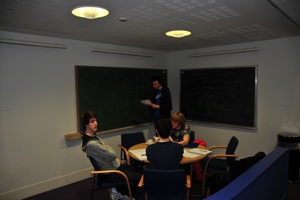 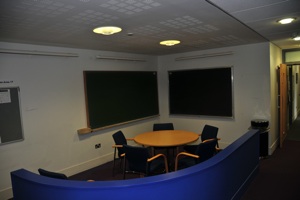 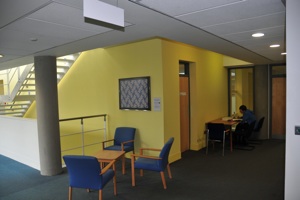 The seminar room has large glass blackboards which slide with projector screens which only cover some of the  blackboards. The main seminar room also has a side gallery so people can sample a a talked and leave early with our being disruptive. 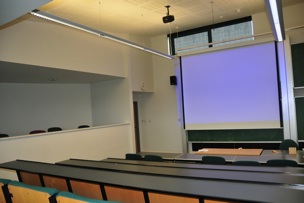 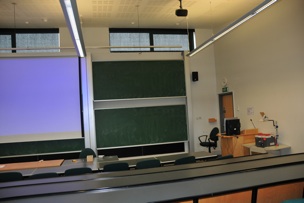 The Floor plans for the building which shows the large auditoriums and the many courtyards and casual workspaces can be found here : Floor Plans PDF