The Schumacher Lab has determined the molecular mechanisms of several important
biological systems. The main focus of the lab is the dissection of essential mechanisms
involving protein-nucleic acid interactions, in particular as they relate to microbial
pathogenesis.

We employ X-ray crystallography, cryo-electron microscopy and a wide range of
biochemical and biophysical methodologies as well as some cellular techniques.

One part of my laboratory focuses on a truly bizarre form of RNA editing, which takes place in the mitochondria of kinetoplastid parasitic protozoa such as T. brucei, called kinetoplastid RNA editing (kRNA editing). In extreme forms of kRNA editing, hundreds of uridines (Us) are inserted or deleted to generate translatable mRNAs, as dictated by gRNAs. We focus on the functions and structures of unique RNA editing accessory factors that are required for this unusual process. We solved the MRP1/MRP2 complex, which we showed functions as an RNA matchmaker between gRNA and pre-edited mRNAs. Highly edited transcripts have multiple G-rich stretches, which must be melted to allow for the insertion and removal of Us. We recently obtained structures of what is arguably the most important accessory factor, TbRGG2, and showed it binds specifically to poly-G and poly-U substrates and melts the RNA secondary structure suggesting it may be an important modulator of RNA structure in kRNA editing.

A major research focus of the lab is DNA segregation or partition—one of the most fundamental processes in biology. We mainly study segregation of low copy number prokaryotic plasmids, which are a main contributor to the rise in multidrug resistance. Bacterial partition (par) systems also require only 3 components, making them ideal model systems for atomic level study. These three elements encoded on the plasmid, include a DNA centromere, centromere-binding protein and an NTPase. In the last 15 years we have determined the first structures of partition complexes and delineated mechanisms for all three types of systems. These studies show these systems use 1) actin like polymers, 2) tubulin like polymers and 3) walker box proteins, with a monomer-to dimer switch controlling association with the host nucleoid, hence a piggy-back like mechanism. Recently, we showed walker box systems are widespread in archaea, making them arguably the most common type of segregation system in nature. Moreover, we have structurally characterized walker box like proteins used to transport bacterial organelles, indicating this as a universal macromolecular transport system. 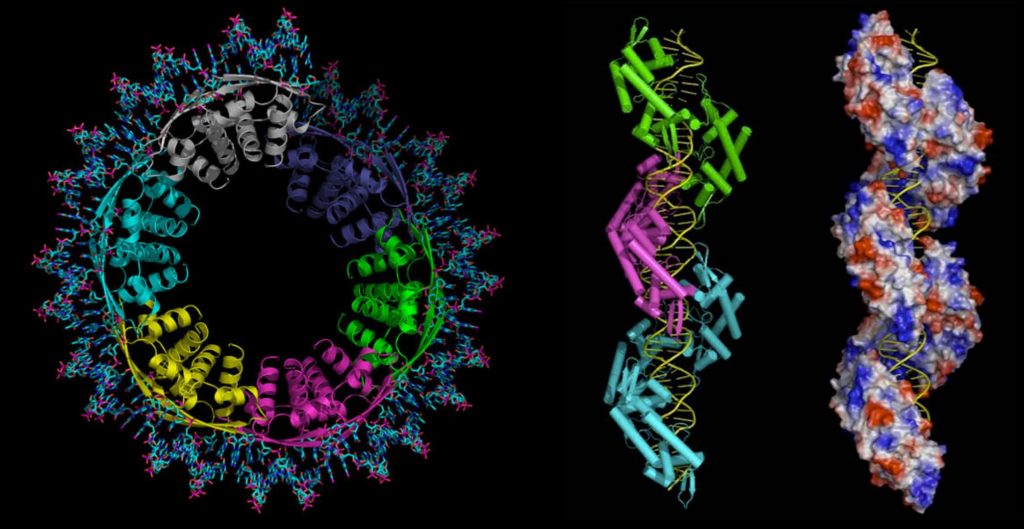 Coordination of Segregation With Cell Division and Replication

In addition to the process of DNA segregation we also interrogate how chromosomal DNA segregation in prokaryotes is coordinated with replication and cell division. Key findings include the molecular mechanisms by which the nucleoid occlusion protein SlmA binds specific chromosomal sites as well as FtsZ to prevent septum formation through the E. coli chromosome. We also obtained a structure of MatP-DNA that showed how the Ter specific protein may act to positively recruit FtsZ to the cell center. In Caulobacter, we obtained the structure of the NAP GapR bound to AT rich DNA, revealing how a protein can recognize a DNA conformation to promote topoisomerase activity. 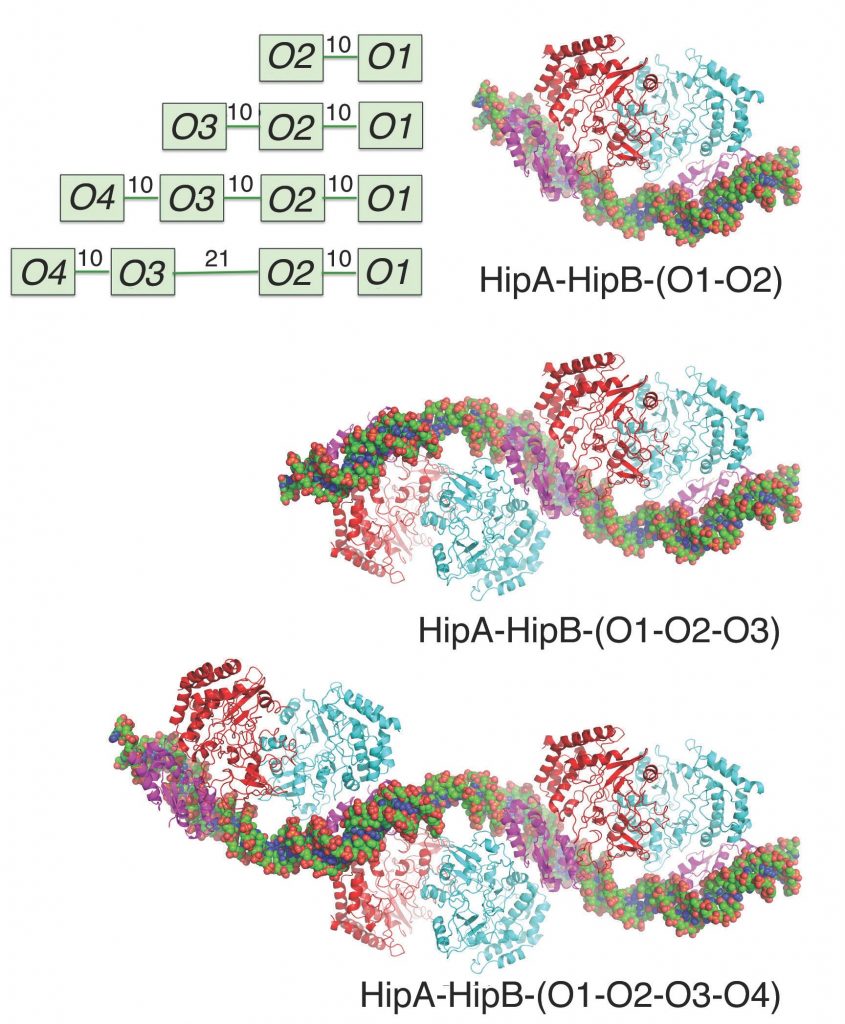 As a postdoc, Dr. Schumacher addressed a key question in the field of multidrug resistance (MDR), which is how a single protein can recognize multiple, structurally dissimilar compounds. The lab has followed up with studies on the phenomenon of Multidrug Tolerance (MDT) in collaboration with the Brennan lab. We characterized the first identified MDT system, that of the E. coli HipA/HipB. These studies provided the first mechanistic insights into heritable, clinically relevant multidrug tolerance.