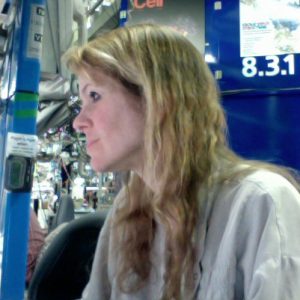 Dr. Schumacher received her PhD from the Oregon Health & Sciences University in 1995. Her thesis included the first structure determination of a LacI member bound to DNA and a hemoglobin intermediate transitting from the T to R state. As a graduate student, she published 8 papers and was awarded a 1996 Pharmacia Biotech & Science Prize for Young Scientists for  Outstanding Thesis in Molecular Biology in North America. While in Dr. Richard Brennan’s lab, Dr. Schumacher received a Damon Runyon-Walter Winchell Postdoctoral Fellowship for determining the first structure of a multidrug binding protein bound to multiple drugs, as well as numerous structures of nucleic acid binding proteins—such as the first structure of Hfq, an Hfq-RNA complex, and key proteins required for protozoal parasitic diseases. This work resulted in 19 publications and earned her a 2001 Burroughs Wellcome Career Development Award that provided transitional funds to start her own lab. In 2004 she moved her lab to the MD Anderson Cancer Center where she was awarded a prestigious MD Anderson Trust Fellowship and began studying DNA segregation, transcription regulation and RNA editing, which in 2007, ultimately earned her an MD Anderson Scholar Award. In 2011 she moved her lab to the Biochemistry Department at Duke and a year later was named an AAAS Fellow. In 2014 she was named a fellow of the American Academy of Microbiology and in 2015 was awarded a Nanaline H Duke endowed professorship. She currently serves on the Editorial Board of Nucleic Acids Research and the Journal of Biological Chemistry. She continues to work on DNA segregation, transcription regulation, DNA organization, kRNA editing and mechanisms of multidrug resistance and tolerance.