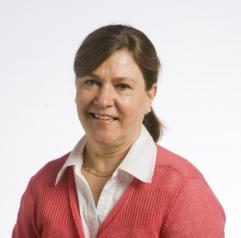 Marjorie McElroy is Professor of Economics at Duke University. An elected Fellow of the Society of Labor Economists, her current research focuses on empirical work in economics of the family and applied micro-econometric methods.  Her work covers a range of economic fields.  Best know for her foundational work on bargaining models of household decisions, previous work ranges from structural estimation of co-residence decisions, estimating systems of demand and supply equations, estimating arbitrage pricing models, and measures of fit for systems of equations. The recipient of five NSF grants, she has served on the NSF SES Review Panel and was the PI on the NSF grant that seeded the Triangle Census Research Data Center.

During her tenure as Chair of the Department of Economics (1995-2002) the Department grew by seven tenure-track members. Currently, she serves on the Board of Directors of the NBER and on its Executive Committee. She also is the Chair of the American Economic Association’s (AEA) Committee on the Status of Women (CSWEP).  In the past she was elected and served both as Vice President of the AEA and as a member of the AEA Executive Committee. She has also served as Vice President and President of the Southern Economic Association as well as on that Board.