These three courses are part of the Teaching Company’s Great Courses series. They may be obtained in both video and audio formats. 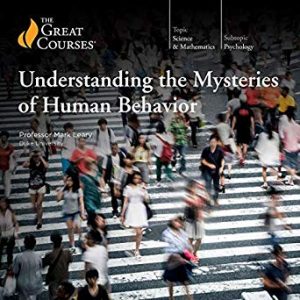 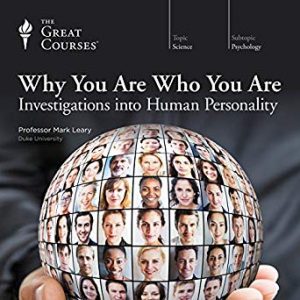 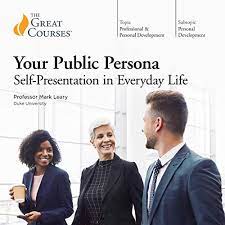 Here are books that I have written and edited.

The Curse of the Self: Oxford University Press (2004)

This book examines the ways in which the human ability to self-reflect underlies a wide array of personal and social problems, and offers ideas for ways to minimize the “curse of the self.”

Although psychologists have devoted a great deal of research attention to phenomena in which people are excessively focused on themselves, they have devoted much less attention to thoughts, emotions, and behaviors that occur only when people are less self-focused.  This book brings together experts on a variety of such hypo-egoic phenomena including flow, mindfulness, humility, compassion, empathy, forgiveness, and mystical experiences.

This volume features 32 chapters by leading researchers in the area of self and identity. Among the topics covered are: self-awareness, the implicit self, the organization of self-knowledge, self-regulation, self-esteem, the self in nonhuman animals, self-efficacy, self-verification, social identity, and the development of the self.

This is the 6th edition of my research methods textbook, originally published in 1991.

This book reprints 25 classic articles that deal with topics at the interface of social and clinical psychology.  It’s intended as a supplemental textbook for college classes in social, personality, clinical, and counseling psychology, as well as the primary book for courses that deal with the social-clinical interface.

Interpersonal Rejection: Oxford University Press (2001)
Although behavior and emotion are strongly affected by real, potential, and imagined rejection by other people, social psychologists did not devote much attention to the topic until the 1990s. This volume brings together the first wave of theory and research on interpersonal rejection.

The idea for this book came during a dinner conversation when Rick Hoyle told me that he had fallen behind in writing a book on the self that was soon due at the publisher. In response to my suggestion that he ought to consider adding coauthors to the project, Rick enlisted Mike Kernis, Mark Baldwin, and me to join him.

The Social Psychology of Emotional and Behavioral Problems: American Psychological Association(1999)
The 13 chapters in this edited volume deal with the influence of social psychological processes on emotional and behavioral problems. Topics include egocentrism, self-regulation and psychopathology, problematic emotions (such as shame), self-esteem, self-disclosure and mental health, maladaptive self-presentation, social support, group dynamics, and dysfunctional relationships.

Self Presentation: Impression Management and Interpersonal Behavior: Westview (1995)
I began studying self-presentation in graduate school, and it remains one of my favorite topics. By the way, I have never understood the publisher’s choice of the photo for the cover (which I did not see prior to publication). Given that self-presentation is an  interpersonal process, it’s not clear why someone thought that a  solitary old man was appropriate for the cover. Perhaps the guy’s alone because he never mastered basic self-presentational skills.

Social Anxiety: Guilford Press (1995)
This book was more-or-less a wrap-up of 15 years of interest in social anxiety that started with my dissertation. After two books and dozens of articles and chapters, I hope never to write about social anxiety again.

Social Psychology and Dysfunctional Behavior: Springer-Verlag (1986)
As interest in the interface of social and clinical psychology grew in the mid-1980s, I decided that a book on the topic was overdue. I invited my good friend and social psychologist extraordinare, Rody Miller, to co-author it with me, and we remained friends even after working on it together for two years.

Understanding Social Anxiety was my first book, which I started writing soon after I received my Ph.D. I had written my dissertation on social anxiety, and thought it would be easy to put my knowledge of the topic into a book. I was wrong.