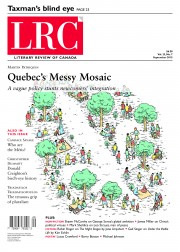 A review of The China Model: Political Meritocracy and the Limits of Democracy by Daniel Bell

It was a typical Beijing scene. I was in a private room in a restaurant having dinner with a handful of academics, the head of a Daoist temple, a rich young businessman, a senior official in the central government, plus the usual coterie of wives, protegés and assistants. The 15-year Maotai was flowing and the boisterous priest was making frequent and extravagant toasts around the table. I had just finished reading The China Model: Political Meritocracy and the Limits of Democracy and my head was buzzing not with the smooth and potent spirit but Daniel Bell’s compelling argument in favour of political meritocracy, the notion that power should be distributed according to ability and virtue rather than on the basis of democratic elections.

For a Torontonian who survived the Rob Ford years, it was not hard to be convinced that democracy may not be the best way to distribute political power. The only way the city made any progress during those dark ages was thanks to the unelected, meritocratically promoted civil servants who tried to make the best out of the circumstances. The city’s ongoing transit fiasco, not to mention Vancouver’s failed referendum, also provide compelling evidence that the democratic process inhibits rational policies that should advance the social and economic well-being of the general public. Add to that federal tax and spending policies that favour the wealthy and the elderly over the poor and the young, and the program for political meritocracy that Bell lays out should come as a welcome relief. A Canadian political philosopher who has spent many years teaching in China, Bell uses his intimate knowledge of the country to argue that political meritocracy is better than liberal democracy, not only in terms of its ability to deliver social and economic benefits, but also in terms of its underlying fairness.

In so doing, he attacks the sacred cow of western liberal democracies, namely, that democracy must intrinsically be, if not the best, then at least, in Winston Churchill’s famous terms, the least bad  system of government. Bell argues not just that the China model, which he defines as democracy at the bottom, experimentation in the middle and meritocracy at the top, is overall quite successful in terms of results. He even dares to suggest that political meritocracy is, on its own merits, a rational, fair and viable alternative to liberal democracy. Now is the time, he believes, to have a debate about the merits of liberal democracy and the merits of the broadly Confucian model that China is in the process of enacting. But Bell knows from bitter experience how difficult it is to raise the question of democracy’s flaws and at the same time praise China’s successes. In careful, clear and measured prose, he works hard to overcome prejudice, defuse emotions and discuss the pros and cons in the cool language of political philosophy. This, perhaps, is the book’s greatest contribution.

Of course, Bell readily admits that the China model has its flaws in practice, but not substantially more so than democracy in countries such as America or Canada. Democracies distribute power to those with superior wealth, looks, charisma, political cunning or rhetorical flair. Is there any really good reason why a televised leaders’ debate or the ability to perform well in a parliamentary question period should be a mark of political talent? Why should the administrative talents of unprepossessing civil servants ultimately be subject to the class of people who are able to charm and captivate the public with their catchphrases, one liners and sound bites? Is it truly democratic when the uneducated poor are bamboozled by carefully crafted messaging into voting against their own social, political and economic interests? When liberal democracy becomes a vehicle largely for the legitimation of the interests of the rich and powerful, as it arguably has become in the United States, and to a lesser extent in many other western countries, then surely it is more than flawed; it is deeply immoral. When hypocrisy is so deeply entrenched in the democratic process, surely it is no wonder that The Daily Show takes over from the New York Times as the leading form of political discourse.

Here lies the crucial point: the solution to China’s problems lies not in swapping one flawed political system for another but rather in making sure that practical, successful meritocracy is ever more deeply embedded within China’s government. It is simply unrealistic to expect that China’s Communist Party will voluntarily move to a multiparty liberal democracy. Given the often appalling outcomes of recent democratic revolutions or military impositions of democracy across the world, it would risk a disaster of epic proportions if China were to undergo a similar revolution. With the well-being of a fifth of the world’s population at stake, not to mention the impact on global finance, trade and economics, no one can afford the risk of Chinese turmoil. But it is not unrealistic to expect that China should enact administrative reforms to promote worthy cadres and improve the process of political decision making. In fact, it is already doing so. China’s cadres must now pass a whole series of exams, performance reviews, peer assessments and other mechanisms designed to reward competence and talent rather than patronage, class or privilege. At the same time, it must also be noted that China is experimenting with democratic reform on local levels and within the party, and it is not yet clear which reform process will be effective in weeding out corruption.

A tug at my arm interrupted my intellectual reverie. The priest had come over to offer a toast. I stood up, and together we shouted “gan bei,” drained our glasses and displayed their emptiness for all the table to see, a time-honoured tradition of male bonding through the performance of alcoholic prowess. The women sat across from us and smiled demurely. The assistants and protegés were starting to wonder when they would be able to leave the table and steer their staggering patrons home. And then I realized that it did not matter to me whether or not people in the West should accept Bell’s arguments, or even read his book. What really mattered was whether political meritocracy could truly be embedded in China and overcome the powerful, patriarchal and homoerotic networks of political, cultural and economic interest, such as the one that was being performed around the dining table that night. Perhaps the litmus test of political systems should be which most quickly achieves equality of political power between men and women. I could be persuaded to ditch liberal democracy for Confucian political meritocracy if I could be convinced that meritocracy could truly achieve gender equality. But the practical reality of Confucian culture has been to promote patriarchy and meritocracy in equal measure for more than 2,000 years, and there are few signs that this perverse alignment is about to end.

As for Bell’s pro-meritocratic arguments, will they be influential? In the West, only those willing to contemplate the potential flaws of our own political system will pay The China Model much attention. But its distinctive perspective deserves to be injected into China’s internal debates. If it is, Bell will have achieved a rare feat—to span the chasm of misunderstanding that so often bedevils relations between China and the West.