The 3D Navier-Stokes equations govern the motion of the viscous incompressible fluid. Whether the solution of the Navier-Stokes equations can develop a finite-time singularity from smooth initial data is one of the most challenging problems in fluid dynamics. In this work, we present strong numerical evidence that the 3D axisymmetric Navier-Stokes equations with degenerate variable diffusion coefficients and smooth initial data of finite energy develop a potential finite time locally self-similar singularity at the origin. An important feature of this potential singularity is that the solution develops a two-scale traveling wave that travels towards the origin. The two-scale feature is characterized by the property that the center of the traveling wave approaches to the origin at a slower rate than the rate of the collapse of the singularity. The driving mechanism for this potential singularity is due to an antisymmetric vortex dipole that generates a strong shearing layer in both the radial and axial velocity fields, which transports the solution first towards z=0 and then towards the symmetry axis r=0. We perform careful resolution study and asymptotic scaling analysis to provide further support of the potential finite time locally self-similar blowup. 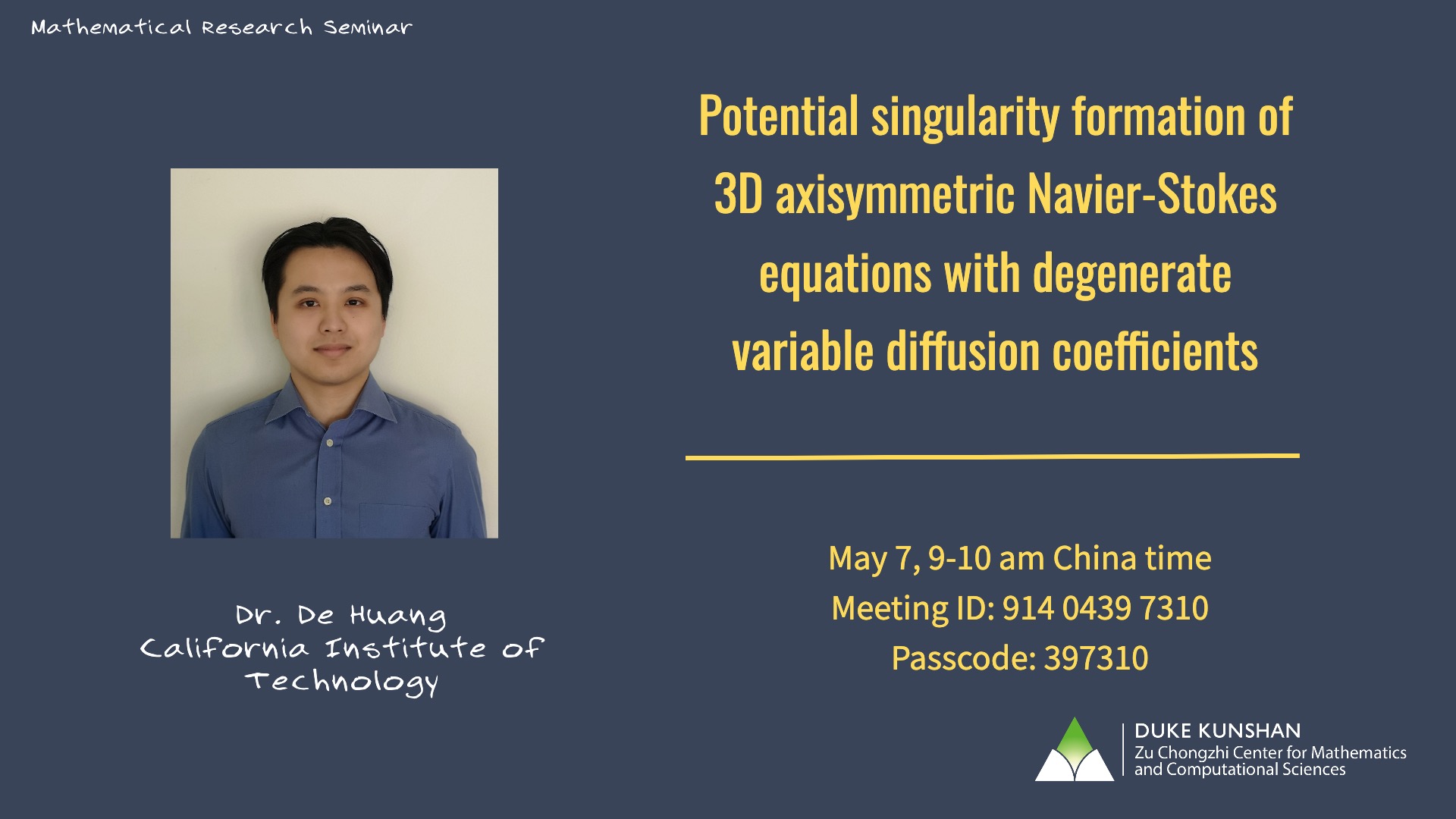