Mini-symposium on Variation Method and its Applications

Title: Numerical Simulations of Internal Solitary Waves in the Ocean 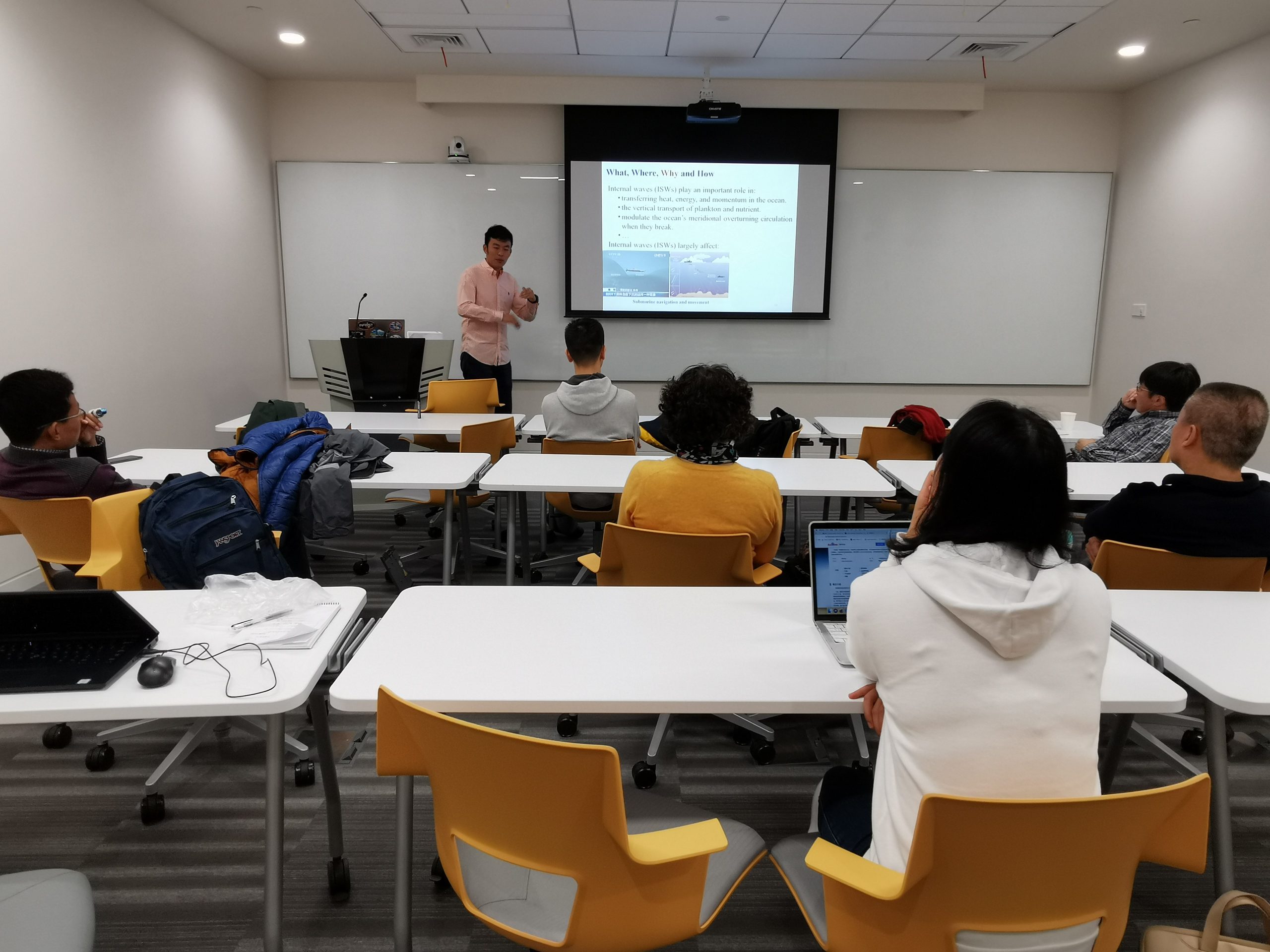 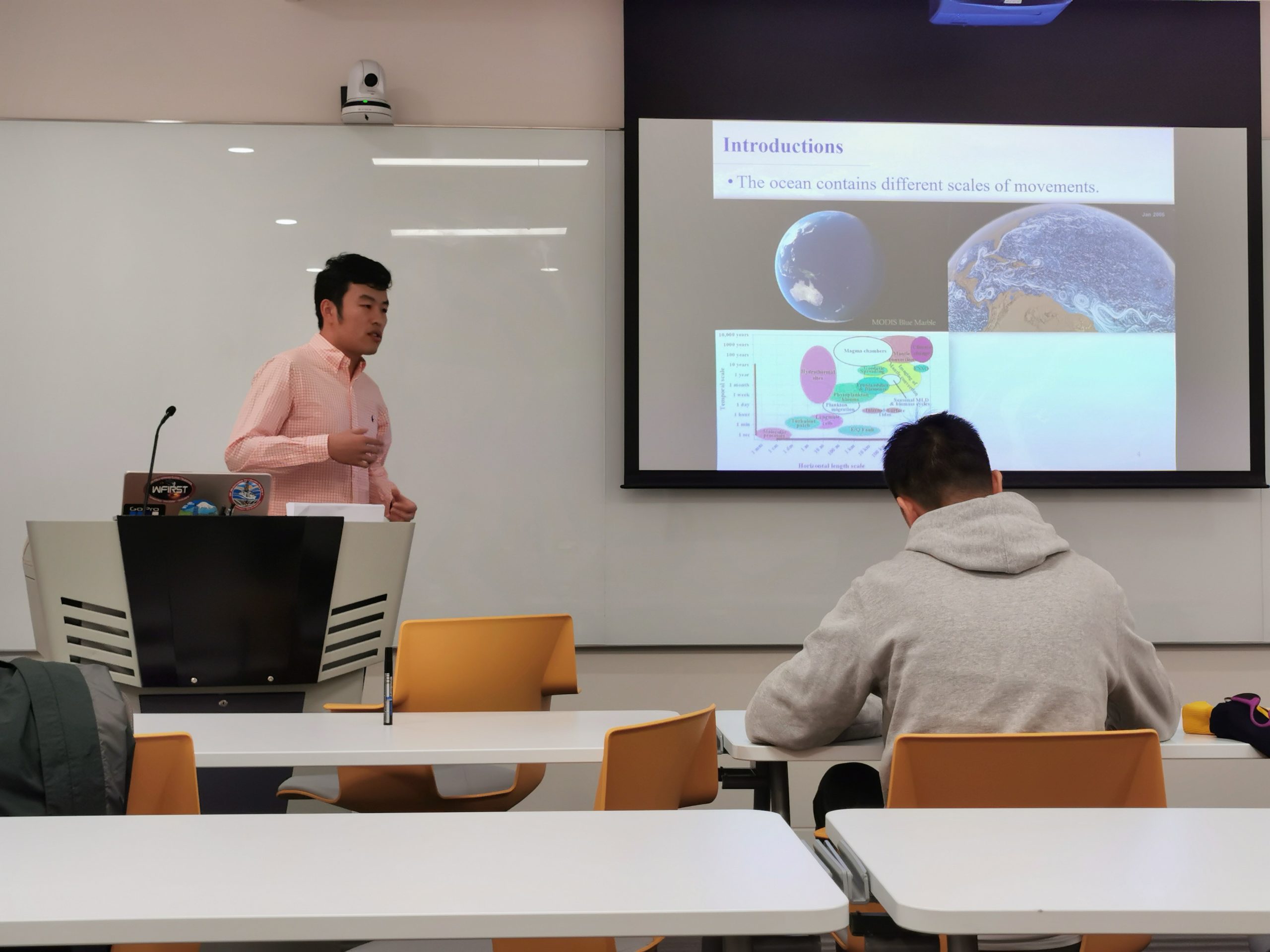 Abstract: In ferromagnets, the intrinsic magnetic order, known as magnetization, makes these materials ideal for information storage and manipulation. From the modeling perspective, magnetization dynamics is described by the Landau-Lifshitz equation with pointwise length constraint. From the numerical perspective, typically, second-order in time schemes are either explicit with strong stability restriction on the stepsize due to the high nonlinearity or implicit with a nonlinear system of equations to be solved at each step. In the talk, we will introduce several second-order semi-implicit schemes based on the second-order backward-differentiation-formula and the one-sided interpolation from former steps with a projection step. For these schemes, we are able to prove the uniqueness of the numerical solution to the linear system of equations at each step. For one of these schemes, we then prove its second-order accuracy under the mild condition that the stepsize in time is proportional to the gridsize in space. Examples in 1D and 3D are given to verify the analysis results. A benchmark problem from National Institute of Standards and Technology is also tested to verify the applicability of these schemes. 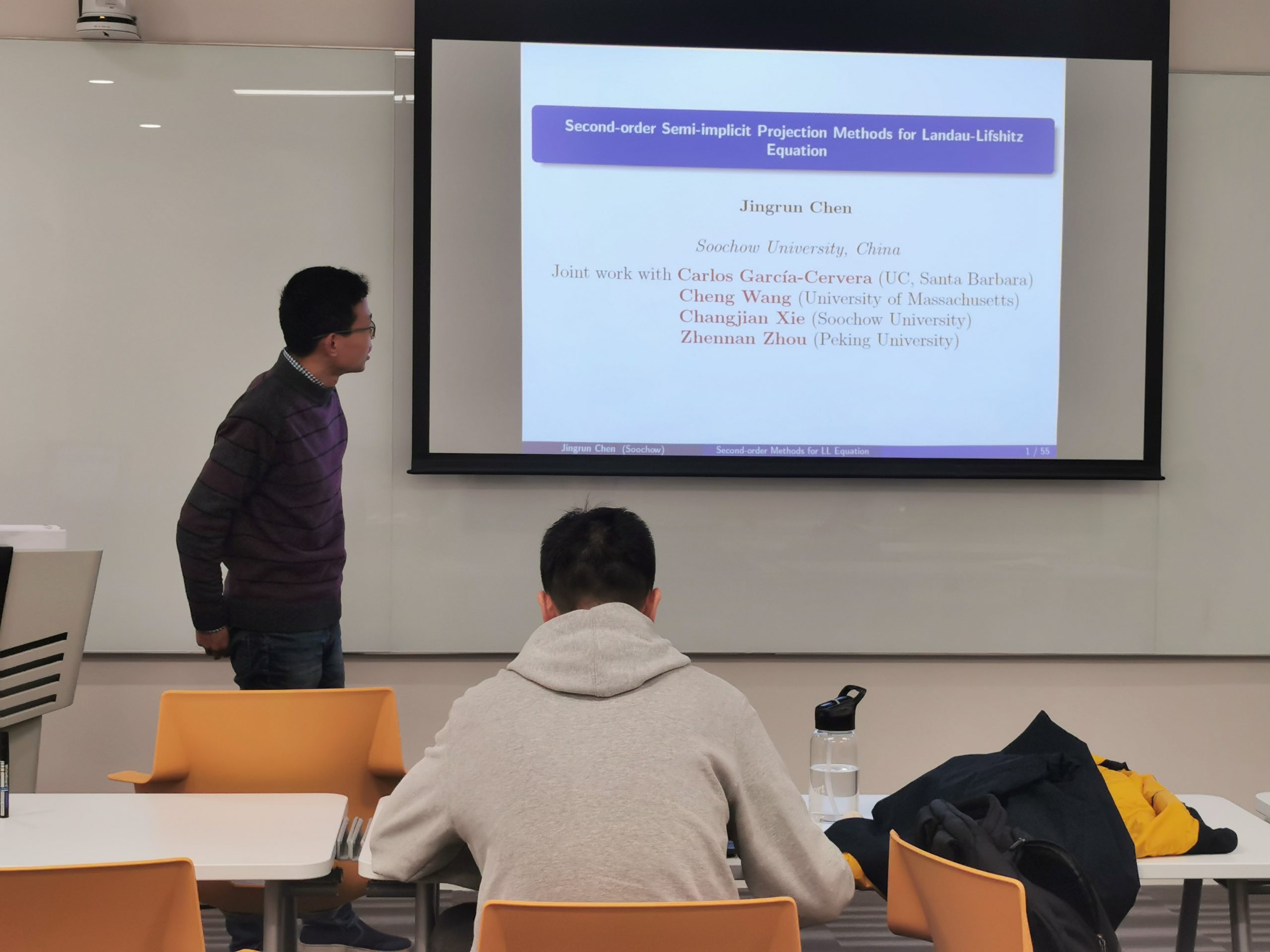 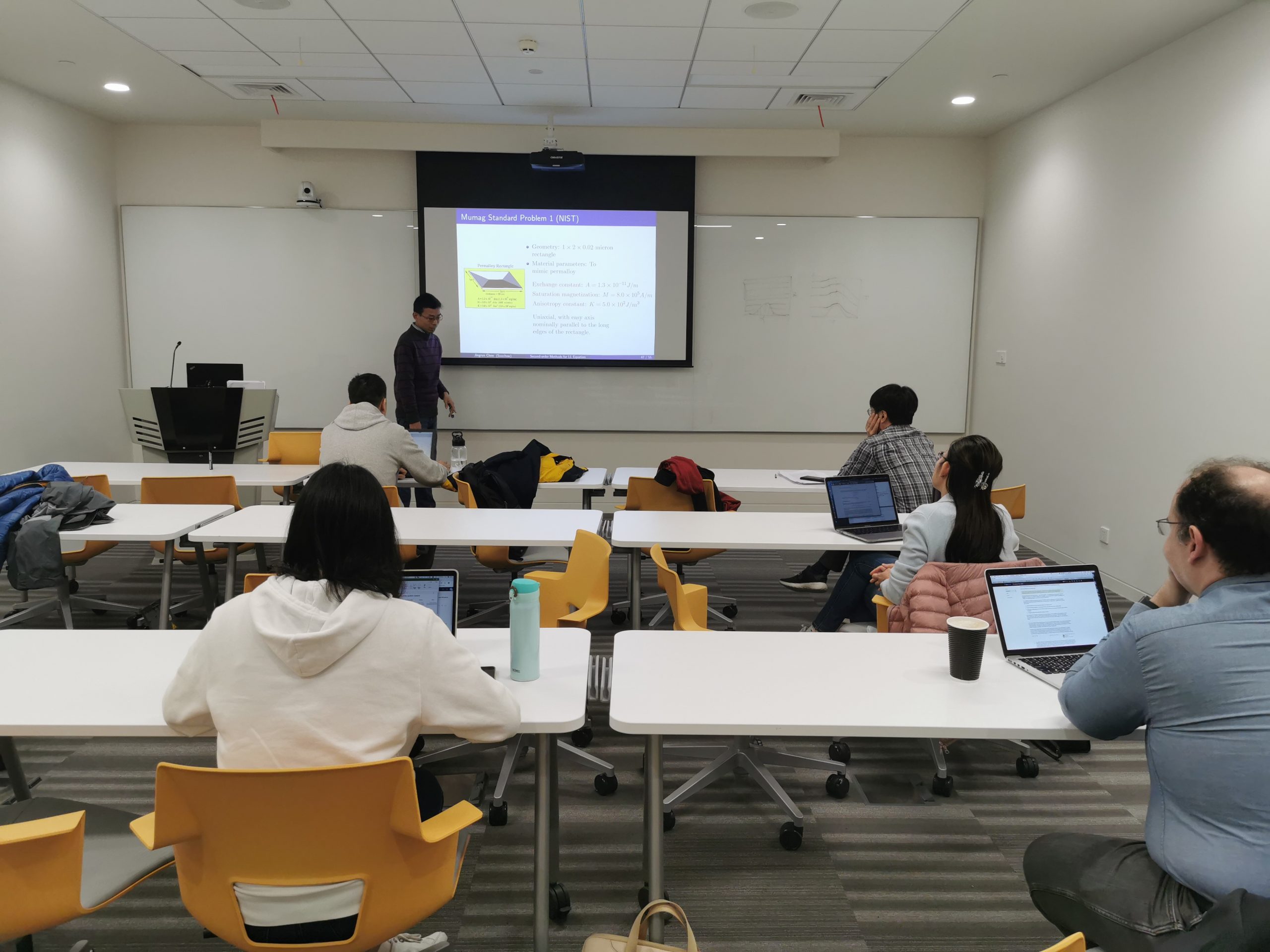 In this paper, we propose a unify framework to derive a particle-based variational inference scheme by a discrete energetic variational approach. Our framework is capable not only to recover most of existing schemes, such as a class stein variational gradient descent (SVGD), but also to develop new schemes. Within a “discrete-then-variation” strategy, we are able to derive a system of ordinary equation of particles that preserves the variational structure at the particle level. By solving such a system by implicit Euler method, we can decrease the given divergence in each iteration and push the probability density to the target distribution efficiently. 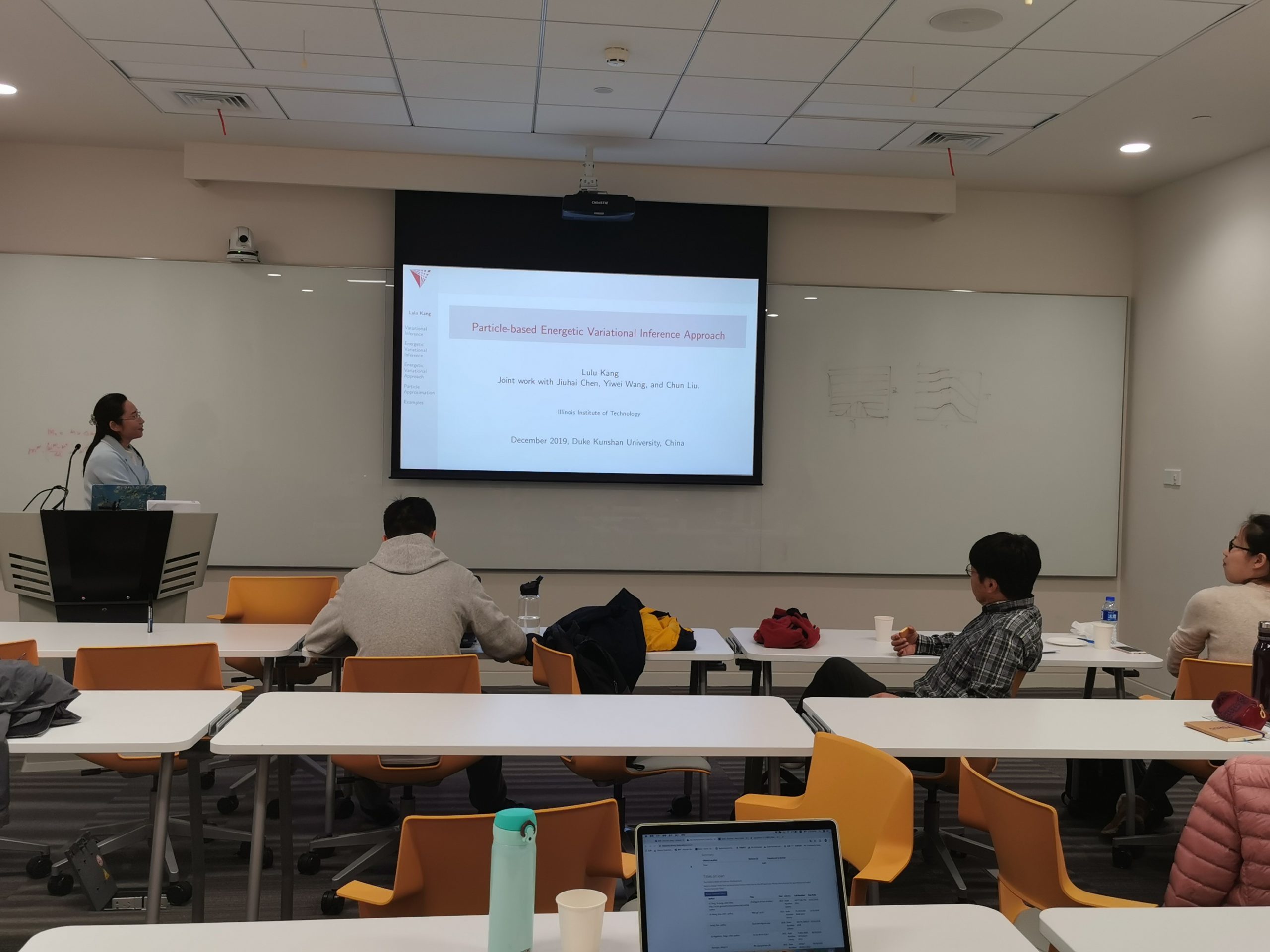 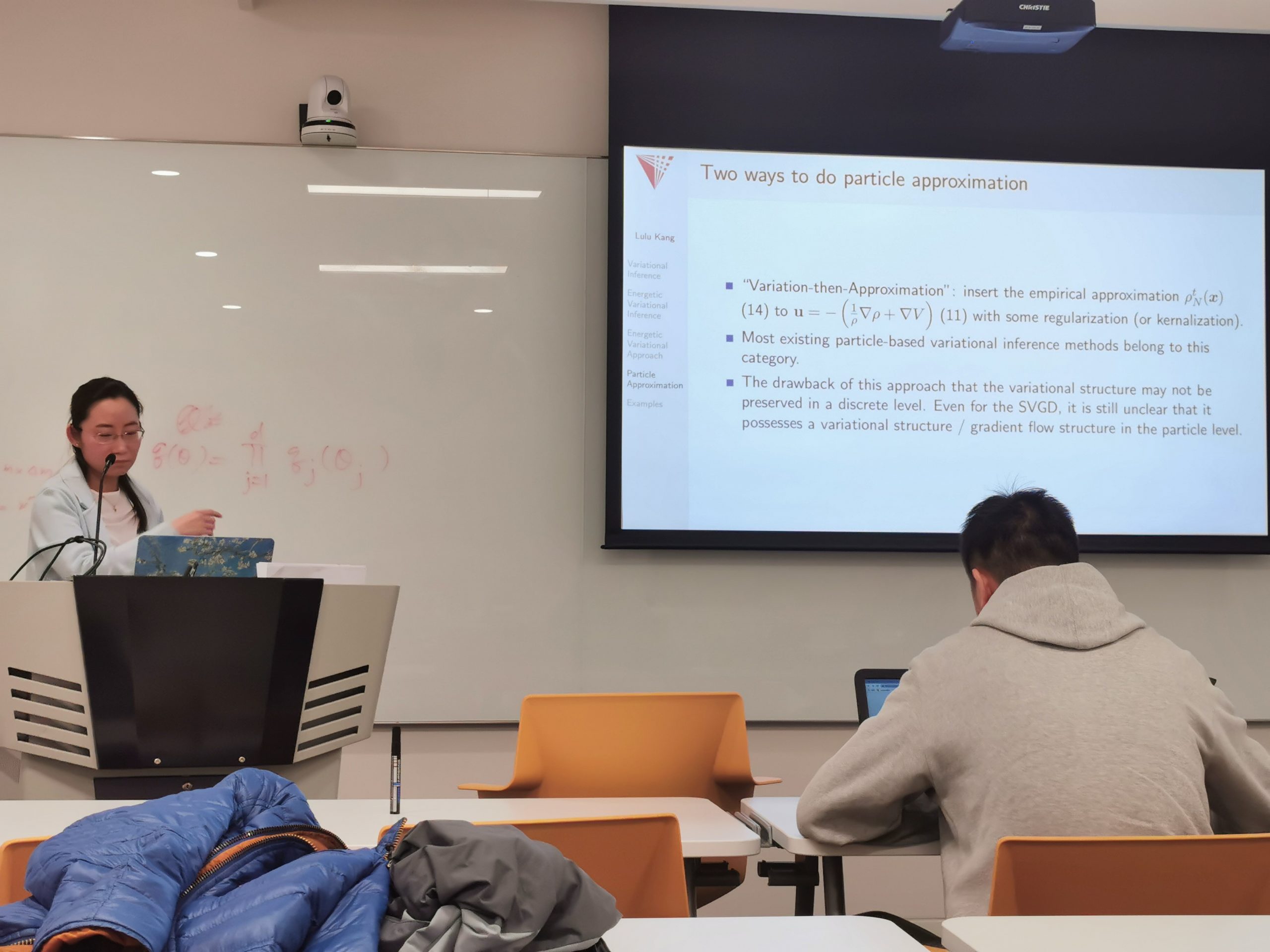 Abstract: One of the most significant aspects in the general diffusion, especially those in biological environments, involving “active” effects from boundaries. In this talk, I will introduce a new dynamic boundary conditions with describe the force balance on the boundaries/interfaces. We will employ the energetic variational approaches that naturally described the underlying coupling between the bulk and surfaces. 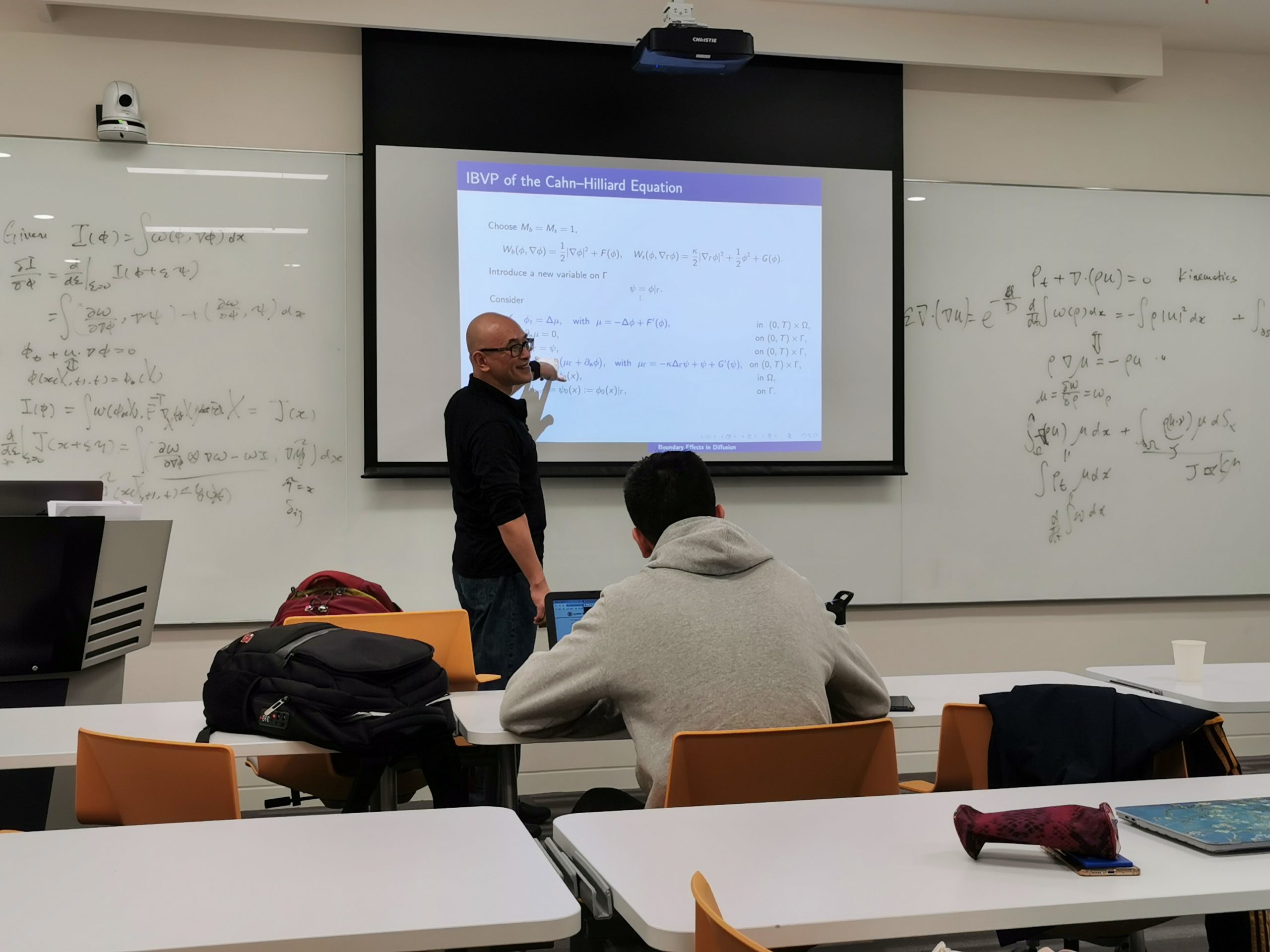 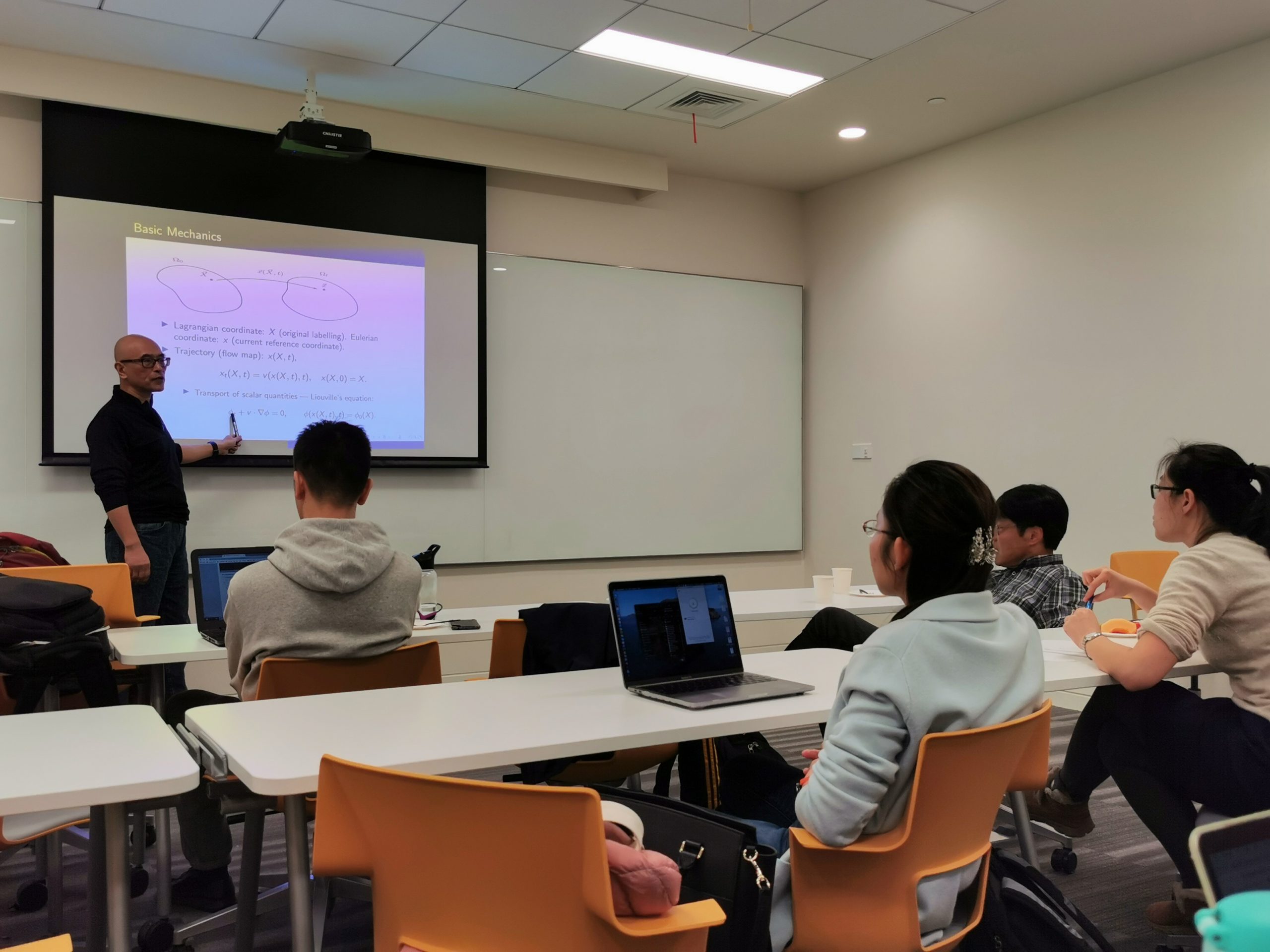